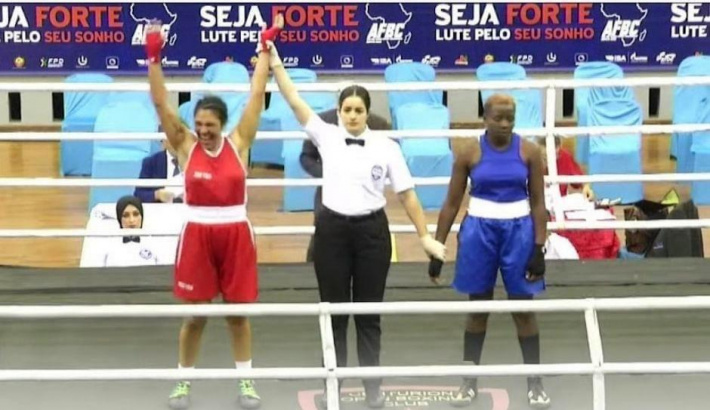 Female pugilist Arianna Memee has become the first Seychellois women ever to bring home an international boxing medal after claiming a bronze medal at the 2022 AFBC African Men’s and Women’s Championships in Maputo, Mozambique.

In the semifinal, Memee, who competes in the 69kg category, lost by RSC (referee stopped contest) to Brigitte Mbabi of Congo on Wednesday, after defeating Temnotfo Dlamini of Eswatini on points in the quarterfinal.

As cash prize for the bronze medal, Memee has pocketed US $2,500.

Seychelles was also being represented at the competition by Shain Boniface who lost in the 67kg category on points again Shaft Mwandwe of Zambia, Romano Moustache who lost in the 54kg by RSC in the first round against George Molwantwa Botswana, Dasheil Fanchette who won on points in the 80kg against Alton Gabuza of South Africa before losing by RSC in the quarterfinal against Tarek Assaghir of Mauritius. As for Joshua Cousin, he lost by RSC in the first round against Yousufu Nkobeza of Uganda.

Twenty seven nations are competing in the new edition of the AFBC African Men’s and Women’s Boxing Championships which are taking place in Mozambique’s capital city Maputo from September 9-18.

The gold medallists of the continental championships get US $10,000, silver medallists US $5,000, while those who claim bronze in all of the weight categories get US $2,500 .