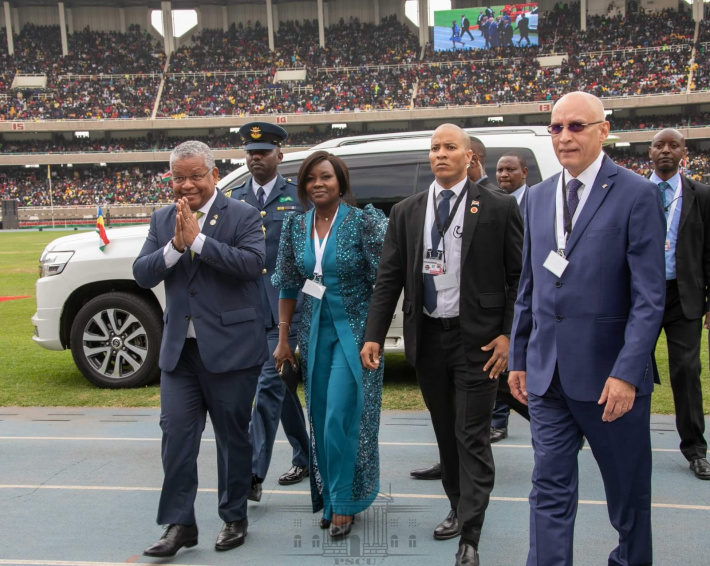 President Wavel Ramkalawan was among more than 15 heads of state and at least 50 senior foreign diplomats and officials representing nations worldwide, who gathered yesterday morning at the Kasani Stadium in Nairobi to witness the inauguration of Kenya's 5th President and Commander-in-Chief of the Aired Forces, H. E Dr WiIliam Ruto and the Deputy-President of Kenya, H.E Geoffrey Rigathi Gachagua.

A strong presence of African and other overseas dignitaries joined thousands of Kenyans for the celebration and assumption to office of the Kenyan President.

During the ceremony, President Uhuru Kenyatta performed his last duties as head of state where he symbolically handed over the instruments of power to incoming President Ruto.

The newly sworn-in head of state also delivered his first inauguration speech to the Nation. 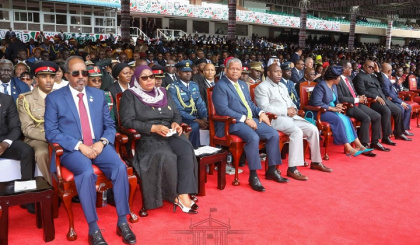 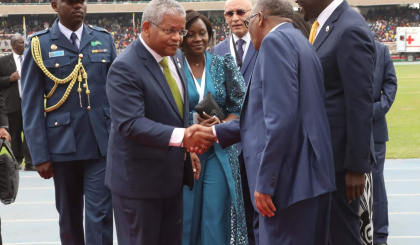