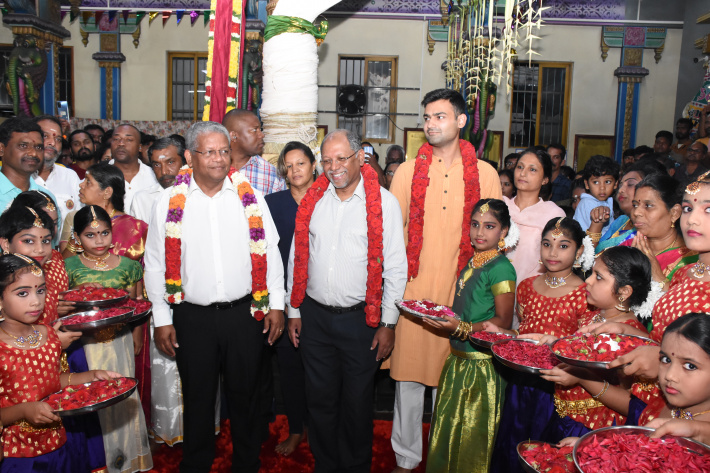 The Hindu community in Seychelles celebrated the Vinayagar Charthurti Festival yesterday at the Sri Navasakthi Vinayagar temple on Quincy Street, a ceremony that honours the birth of Lord Ganesha.

President Ramkalawan and Vice-President Afif joined the celebrations after being extended an invitation by the Seychelles Hindu Kovil Sangam (SHKS).

This important festival is a 10-day celebration marking the birth of Lord Ganesha, the god of wisdom and prosperity.

The ceremony was filled with prayers and blessings by the temple priests and President Ramkalawan had the honour of blessing the offerings.

Both the President and the Vice-President was anointed signifying ‘staying honest’ be ‘free of sins’, gifted with a shield as souvenir and presented with a flower garland and ‘parivattam’ (headscarf) which represents honour for the king or leaders.

Gopal Pillay, the chairman of the SHKS, stated: “This celebration and prayers is for the whole country. It is so that the people of our country can live well, live in peace and we pray on it.”

The celebration ended with a procession with the statue of Lord Ganesha and the large crowd expressing their devotion. 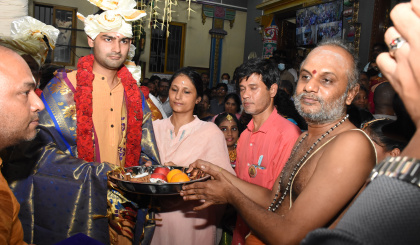 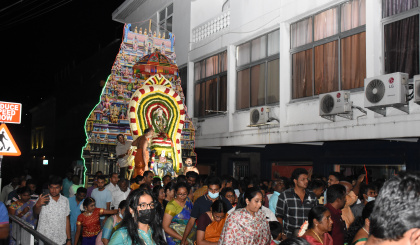