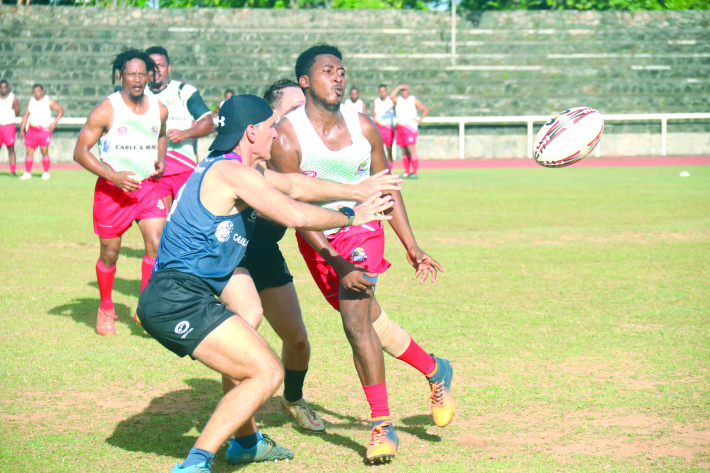 The International Barbarians Madagascar are presently third and fourth respectively

With all first-round matches played, the Seychelles team currently sits on top of the standing in the ongoing Cable and Wireless Island Nations Cup, following three wins in as many matches, while Fred Hypolite has scored the most tries.

In their last match on Saturday, Seychelles edged-out Seyboks 10-9 to move top on nine points.

Seychelles are presently on nine points, similar to second-placed Seyboks who have collected two wins and a defeat out of three matches.

Seyboks however shares Seychelles’ points tally after accumulating bonus points which are given from winning matches by more than seven tries, or losing by less than two tries.

Commenting on the match, Hypolite said the success is purely based on their excellent defence, especially against the quick and strong attack of Seyboks.

He said overall, there is a good team spirit which has also contributed towards the good performance in the first round.

As for second round, Hypolite said they will need to step up their game since all the teams now know their strength and will be coming all out to upset their winning streak.

He also encouraged more people, especially the youth to join the sport which was once regarded as a very contact and dangerous game.

Hypolite has so far scored seven tries to top the list, ahead of teammate Thorrington, Seyboks’ Hanekom and Tojo of Madagascar who have scored six each.

Bruno Ferro of Seyboks, Pedro of Madagascar and Dale Hampton of the Barbarians have scored five tries each.

In the other match played on Saturday, the International Barbarians defeated Madagascar 8-6 to stay third on four points, following a win and two defeats from three matches.

As for Madagascar, they remain at the bottom without a win in three matches.

Compared to the regular rubgy, the competition features touch rugby, a thrilling sport that allows people of all walks of life to take part.

In regular rugby, tackling is part of the sport, part of the job, while in touch rugby, there is no tackling.

You can make contact with an opponent, but tackling is not allowed, and neither are other harmful actions.

This alone makes touch rugby much less painful to play, and is often used as a practice variant of rugby, to prepare new players for the real deal.

After being dormant for years, rugby, under the Seychelles Rugby Union (SRU) –headed by captain Luke Fonseka – has fully revived with great achievement in a very short period of time.

Despite of the restrictions due to the Covid-19 pandemic, team effort, including both the committee and some key additional personnel has been crucial in the process.

Other than captain Fonseka, the SRU executive committee is made up of Corrie Opperman (vice-chairman), Paul de Bruyn (secretary), and Johannes Hanekom (treasurer), along with Leon de Wit and Warren Fairall.

The SRU is also affiliated to the South Africa-based suppliers Optimum Sports which recently presented the union with eight sets of uniforms for the four local clubs, along with an additional set for the national selection.

With the inclusion of rugby on the list of the 12th Games of the Commission de la Jeunesse et des Sports de l'Océan Indien (CJSOI) scheduled between December 4-11, 2022 in Mauritius, the union has also come up with new strategies to attract more youngsters to rugby.

To boost the process, renowned South African coach Donald Ngwenya of the KwaZulu Natal Rugby Union was recently in the country to assess the ability of the local coaches, and also provided them with extra baggage to boost their performances, in term of coaching skills and delivery.

The next round of the Cable and Wireless Island Nations Cup will begin on Saturday October 15 when Seychelles will clash against the International Barbarians, while Seyboks will play against Madagascar. 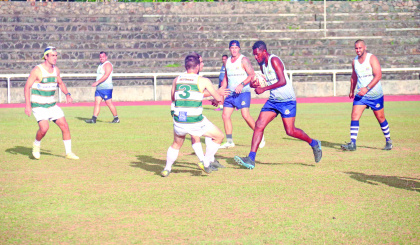 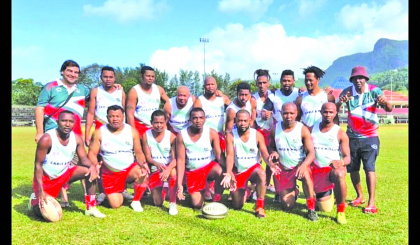 Madagascar are yet to collect a victory in the competition 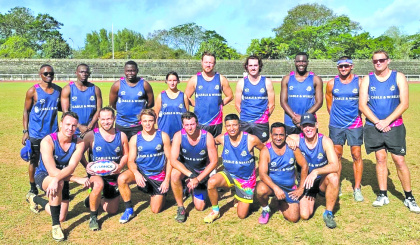 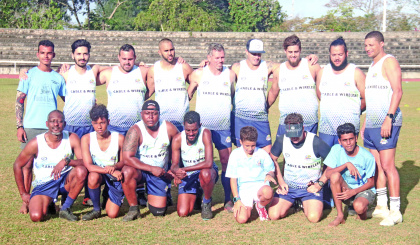