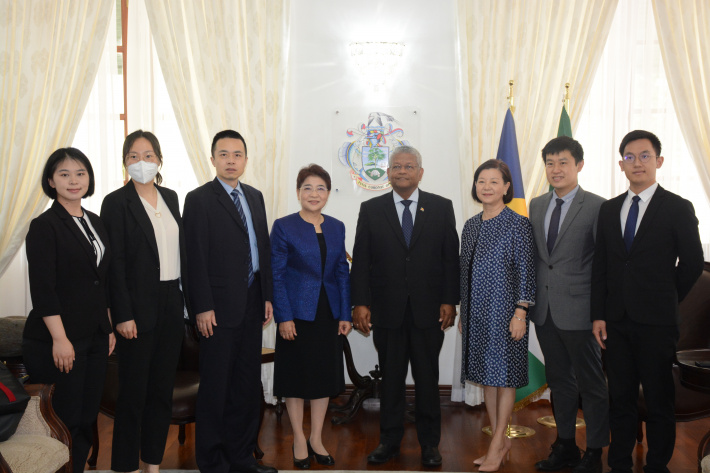 The President of the Republic of Seychelles, Wavel Ramkalawan, received the special representative of the Chinese government on African Affairs, Ambassador Xu Jinghu, at State House yesterday morning.
President Ramkalawan and Ambassador Xu engaged in very fruitful discussions, where on behalf of both their governments expressed willingness to enhance existing cooperation.

They reiterated their unwavering commitment to ensuring projects of mutual interest discussed are materialised.
“Relations between Seychelles and China have been very good over the years and we look forward to further consolidating our ties through the development of bilateral relations for the benefit of our peoples,” said President Ramkalawan.
Ambassador Xu Jinghu and her high-level  delegation are currently on a regional tour and was accompanied on her visit to State House by the Ambassador of the People's Republic of China to Seychelles, Guo Wei. 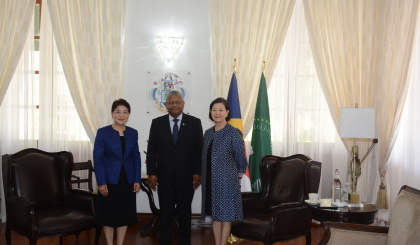