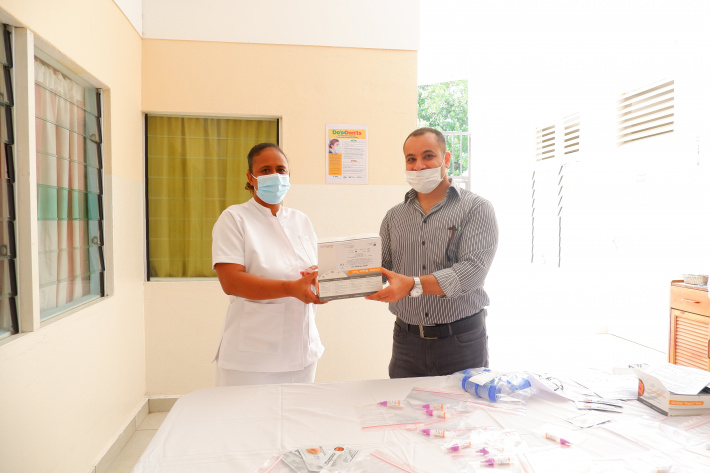 The Ministry of Health launched a colorectal cancer screening programme yesterday at the Logan Hospital, La Digue for a period of two weeks.

The aim is to diagnose the problem early so that treatment can be effected.

Colorectal cancer is the second most common cancer in both men and women in Seychelles. Routine screening is essential for early diagnosis and treatment. There is also a need to raise awareness of the common risk factors, symptoms and signs associated with the disease.

Gina Michel, programme manager for mental health and cancer, stated that “the pilot project is to aid in detecting colon cancer”.

The pilot project has been launched on La Digue due to the small population size so that the ministry can oversee what can be improved on.

The screening is a simple non-invasive stool test to check for traces of blood in the stool that indicates there is a problem. The rapid fecal occult blood (FOB) test kits will be offered to the public for testing at the health care facility or as a home test.

The colorectal cancer screening is aimed at people aged 50 years to 64 years old. The screening is open from 8am - 4pm until August 12. Approximately 300 residents of La Digue have already been enrolled for screening.

The programme manager stated that “if the test is negative patients will be advised to return in the future for a repeat. If the test turns out positive there will be a follow up and patients will be offered a colonoscopy and other procedures to determine the cause”.

In the near future the ministry will launch the colorectal screening across the country for everyone. 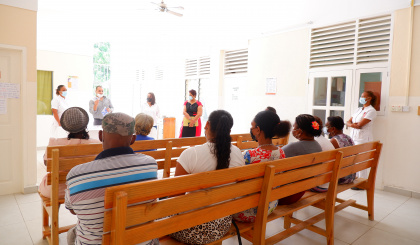 Those coming for the screening get a briefing on the exercise