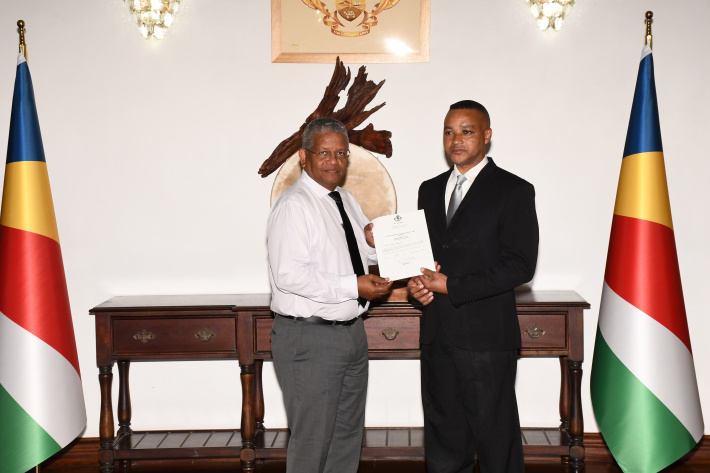 President Ramkalawan presents Mr Commettant with his Instrument of Appointment

Brian Commettant has been appointed as the First Deputy Governor of the Central Bank of Seychelles (CBS).

He was presented with his Instrument of Appointment by President Wavel Ramkalawan during a ceremony on Thursday this week at State House.

The appointment of the First Deputy Governor of the CBS is for a term of six years and Mr Commettant will commence his term on August 1, 2022.

Mr Commettant holds an MSC in International Economics, Banking and Finance, a BSc in Business Economics and prior to joining CBS he worked at the Ministry of Finance as an Investment Officer. He then joined CBS as an Economist in April 2001 and rose through the ranks to become Senior Economist, Director of Research and Statistics Division and later the Head of Research and Statistics Division, his most recent position. In total Mr Commettant has over 20 years of experience at CBS.

President Ramkalawan stated that “the reason why you have been appointed is that you are qualified and we have all the confidence in your abilities”.

The President noted that the appointment symbolises Mr Commettant’s competence and expressed his confidence that he will be able to fill the role of First Deputy Governor.

Mr Commettant stated that his emotions are quite mixed admitting that the board of CBS, the governor and the president have confidence in him.

He added that he feels satisfied that his work has been recognised and that the authorities also see that he has more to give.

Noting that there will be many challenges ahead as the First Deputy Governor of CBS, Mr Commettant nevertheless feels that in taking on the position, he will give his utmost to contribute in taking CBS forward.

The First Deputy Governor’s role is to deal with policy, supervision of banks, ensuring that domestic prices remain sufficiently stable.

Mr Commettant succeeds Christophe Edmond, who stepped down from the position in April this year to take up the post of chief executive of Seychelles International Mercantile Banking Corporation (SIMBC) trading as Nouvobanq. 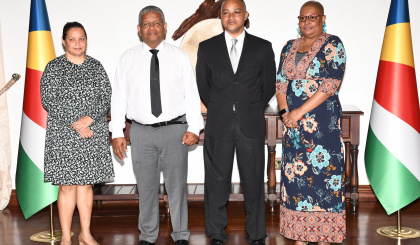 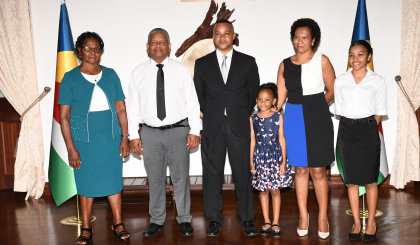