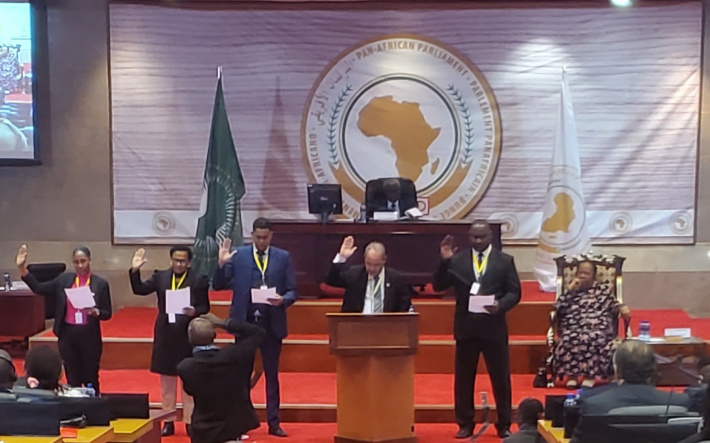 The members swearing in

Members of parliament from the African Union Community met in Midrand, South Africa for the Sixth Ordinary Session of the Pan-African Parliament (PAP) from Monday June 27 – July 2, 2022.

The National Assembly of Seychelles were represented by Hon. Terence Mondon as head of delegation, Hon. Sylvanne Lemiel, Hon. Wavel Woodcock, Hon. Deshiela Bastienne and Hon. Conrad Gabriel. They were assisted by the PAP desk officer from the secretariat, Georgina Balette.

This Ordinary Session was the first physical event of PAP that the members of the 7th Assembly attended in South Africa since the outbreak of Covid-19.

After their swearing in as members of PAP, in the presence of several South African dignitaries and the Seychelles high commissioner in South Africa, Claude Morel, the election of president and vice-presidents of the institution was held.

Moussa Faki Mahamat, chairperson of the African Union, presided over the election of the Presidency, which saw the Hon. Chief Charumbira from Zimbabwe become the first President of the Pan-African Parliament from the Southern Region of the continent.

The election of vice-president then followed with the 4 African Caucuses represented. It took place with the application of the principle of the rules of modalities. The rules of modalities are an established practice of the union that obliges the union and its organ to ensure that each region is elected as a member of a Bureau on a rotational basis. Hon. Dr Ashebiri Gayo from Ethiopia representing the Eastern Caucus occupied the post of 2nd Vice-President, representing more than 15 countries including the Seychelles.

Hon. Terence Mondon was elected as the chairperson of the Eastern Caucus with a majority of vote.

Hon. Mondon expressed that it’s the first time this position is occupied by a small country and he affirmed his engagement to bring the institution to greater heights.

He presided over the first meeting for proposals of members on different committees.

Hon. Wavel Woodcock was elected as 4th Vice-President for the Youth Caucus. During his speech, Hon. Woodcock appealed for more youth representation in African national, regional and continental parliaments.

A success for Seychelles, the sixth session of PAP was unifying and successful in its purpose. The Seychelles delegation is optimistic for the future of this great parliamentary institution. 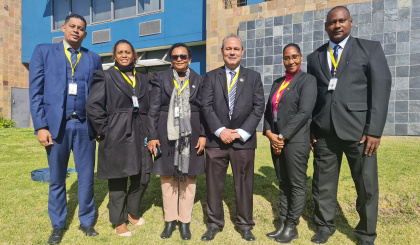 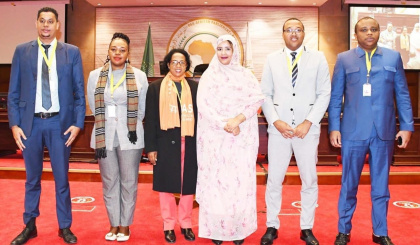 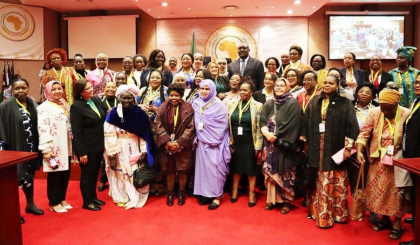 Members of PAP in a souvenir photograph