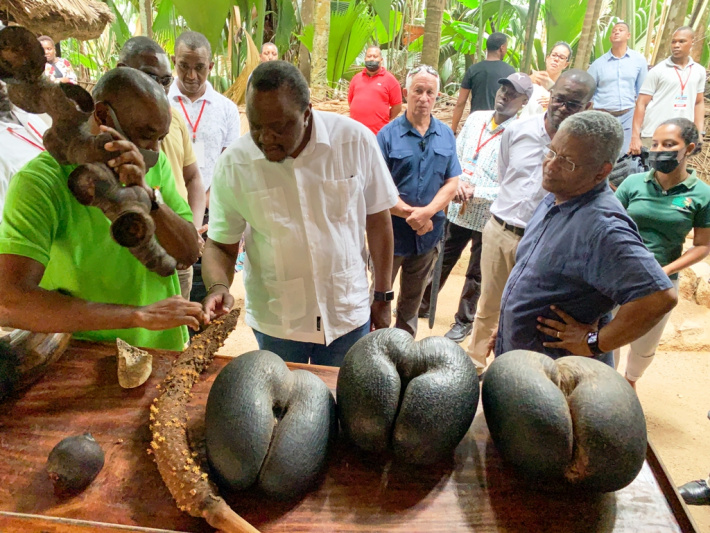 The State visit of Kenyan President Uhuru Kenyatta to Seychelles would not have been complete without a trip to the Unesco World Heritage Site of Vallée de Mai and its abundance of coco de mer, Black Parrot and other endemic species.

President Kenyatta journeyed to Praslin yesterday and was welcomed by President Wavel Ramkalawan, the Minister for Tourism and Foreign Affairs Sylvestre Radegonde, the Minister for Agriculture, Climate Change and Environment Flavien Joubert and other high level officials from the inner islands. A group of Grand Anse primary pupils were also present with the ‘Jambo Bwana’ tune to warm up their arrival.

They then ventured on foot to the Amitie rock armouring site project to see the effects of coastal erosion on the recently completed project before heading to the Vallée de Mai.

At the Vallée de Mai, site manager Marc Jean Baptiste and all Seychelles Islands Foundation (SIF) staff had lined up to welcome the delegation for a tour of the reserve led by Mr Jean Baptiste.

President Kenyatta was amazed at the flora and fauna of the reserve itself especially the coco de mer. President Ramkalawan, as the Patron of the SIF, shared the challenges faced by our endemic species especially with regard to poaching.

President Kenyatta was also briefed about the Aldabra Atoll, another World Heritage Site, including ongoing conservation work on the atoll with special mention of the giant tortoise population which exceeds the human population of our islands.

As customary, the delegation had the opportunity to observe the de-husking of a mature coco de mer nut as well as guessing the weight of the nut.

When asked about his impression of the Vallée de Mai, President Kenyatta had this to share:

“It is absolutely extraordinary to be able to hold on to something, a tree that has been in existence for probably millions of years, from probably around the time that this Earth was created and to see that the people of Seychelles have managed to protect such a valuable asset for the future generation, is actually an incredible experience. You can sit back and imagine that was many many hundreds and thousands of years ago. Today we could hold something that was also held by those generations who never imagined that some of us would be around. The world has changed but the coco de mer still stands the same, today as it was for millennium. This is incredible and this is what we found today, the exciting part of doing so.”

President Kenyatta and delegation then journeyed to Anse Lazio, considered one of the most beautiful beaches of the Seychelles, where he could freely walk along the beach and interact with both locals and visitors present.

“We are here to continue to give greater strength to the relationship between our two countries and yesterday was a day where we engaged on a number of different issues – trade, security and defence. Today we are here on Praslin looking at something different where are trying to see where we can jointly work together to promote the top end products of our two countries. For example, in Kenya we have the Masai Mara which is part of or one of the wonders of the world. Here you have this beautiful beach which has been declared one of the most beautiful beaches in the world. So we were discussing the great possibilities that exist of co-selling the Mara and Seychelles and it being beneficial to our two countries and people. So this is what we are exploring today and I for one, can bear witness that without a doubt this must be probably the best beach tourism destination you could find anywhere in the world. And if we can link that to the best safari experience in the world, I think that is something that will give great opportunities to our two countries and people,” President Kenyatta expressed.

The day on Praslin ended with a lunch at the Café des Arts Restaurant in the presence of local invitees, hosted by President Ramkalawan. 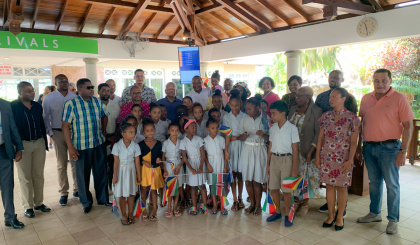 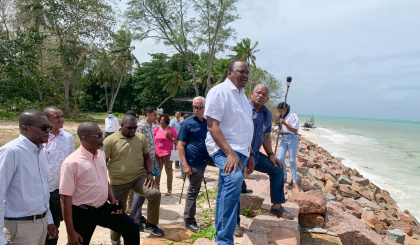 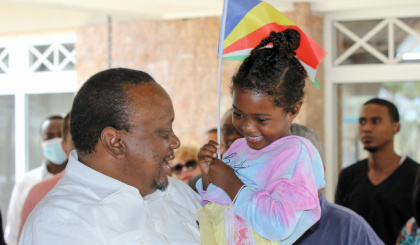 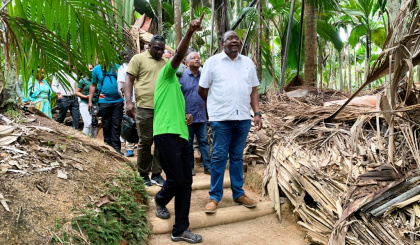 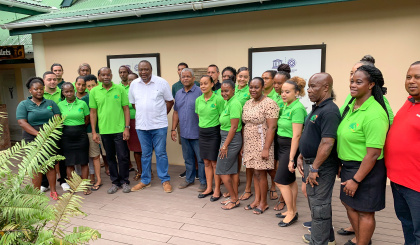 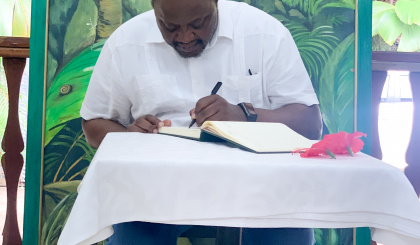 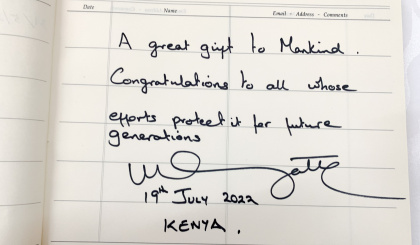 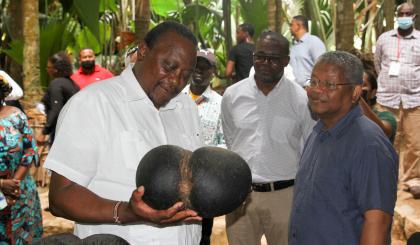 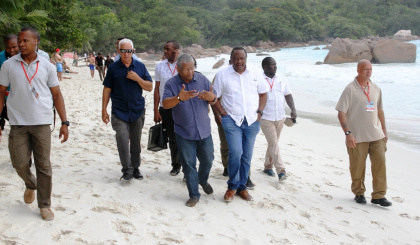 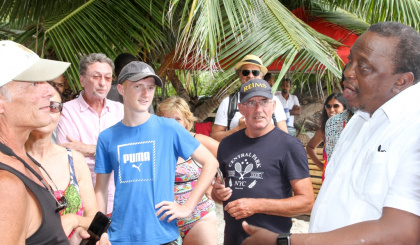