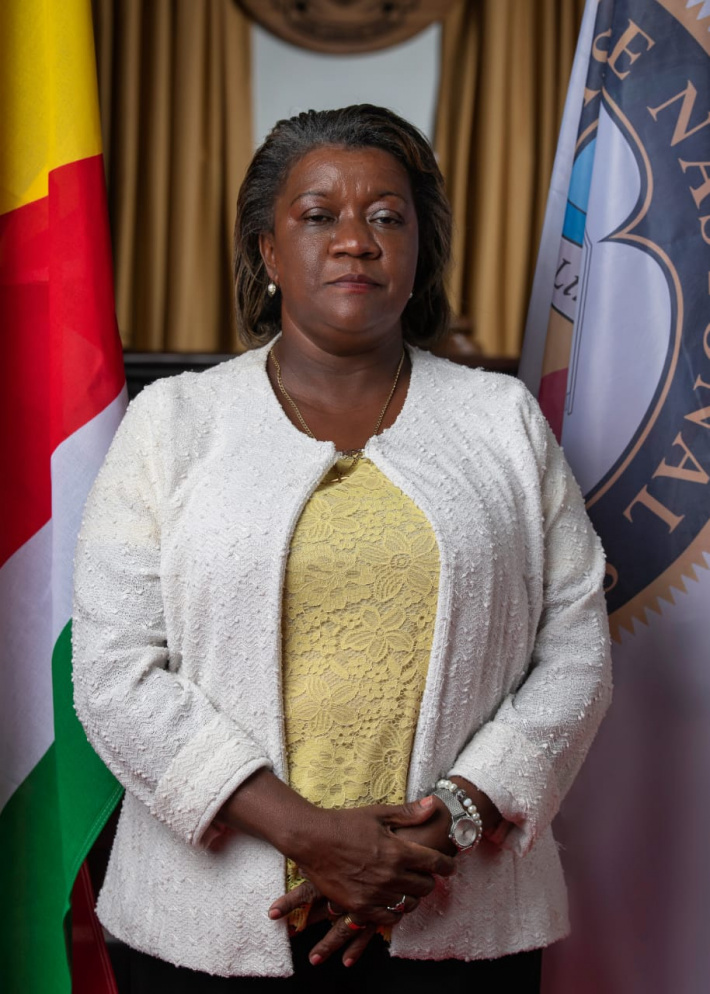 The scourge of child marriages and gender-based violence remain major challenges in spite of valiant efforts by the SADC PF that include developing model laws.

This was said by the new chairperson of the SADC Regional Women’s Parliamentary Caucus (RWPC), Honourable Regina Esparon from the Seychelles. She was addressing the official opening ceremony of the SADC Plenary Assembly in Lilongwe, Malawi on July 11, 2022.

“There are other forms of GBV, some of them online-based and we need to use our Model Law on GBV to build our capacity to respond to them decisively,” she said.

Honourable Esparon said the region is faced by the stark fact that on many fronts, the work that has been done over the years has been undone and gains made are being reversed due to the impact of Covid-19.

“Whichever report you look at, a common thread is that women and girls have been the hardest hit by the global Covid-19 pandemic which began when our region and the whole world were already grappling gender-based violence, early marriages and early and unintended pregnancies among our adolescent girls 15 to 19 years old, which compounds poverty and gender inequality,” she said.

Honourable Esparon commended SADC PF for developing Model Laws which are gender-sensitive for the region.

“It is our fervent hope that this Plenary Assembly Session will adopt the much-anticipated Model Law on Public Financial Management (2022) which we hope will encourage good governance, accountability, and transparency in the use of scarce public resources.

“We also hope that this new Model Law will strengthen the oversight functions of the executive and parliaments with regard to public financial management and impact on the socio-economic well-being of women and girls. All that is cause for celebration.”

Citing figures from Oxfam International, the parliamentarian said the informal sector, in which about 740 million women are employed globally, has also been hard hit, leading to a drop of income of up to 60 percent for those in the sector.

She said the healthcare and education sectors were also hit badly, with maternal deaths estimated to have spiralled by between eight and 39 percent per month globally, while 13 million more child marriages are projected by 2030 due to Covid-19-related disruptions and school closures.

“In this regard, I commend Mauritius which has just enacted a new law that will set the age of marriage at 18. This is a giant step towards ending child marriage,” she argued.

Honourable Esparon said data in the SADC Gender and Development Monitor of 2022 from 14 SADC member States shows that in the year 2021, four hundred and seventy-five thousand three hundred and twenty-seven (475,327) cases of GBV were reported.

“It is anybody’s guess how many went unreported!” she added.

She noted that the same SADC report which focused on ‘Women in Politics and Decision Making’ shows that women’s political participation and representation has been growing, albeit slowly.

However, there have been some visible and widespread gains in terms of placing the gender agenda at the highest levels of decision-making, she said.

“This is something worth keeping in mind as some of our member states prepare to go into general elections soon,” said Honourable Esparon.

She said as mainstream media had vigorously and enthusiastically reported on the process of developing the Model Law on PFM all over the region and beyond, there is need to take advantage of that goodwill and plan to work closely with the media in all the Forum does, and particularly to give women MPs a voice.

“Allow me to take this opportunity to fully acknowledge the sterling work done by chairpersons of National Women’s Caucuses and members of the RWPC before us and to pledge our commitment to building onto that wonderful work as we strive to make our region a better place for every citizen,” she said.

She said in outlining challenges facing women and girls, she was “fully persuaded that as representatives of our people we need to be familiar with them so that together, we can respond to them as a united body”.

“Wherever we are in this region, as parliamentarians we can make a huge difference if we advocate and legislate to increase the access of women and girls to productive resources like land,”she said, highlighting that women make the majority of the labour force in the agriculture sector.

According to Honourable Esparon, a visit to any tea or coffee plantation or to any vineyard will clearly show who is working there.

“It is women and girls who do not own the land. We can and should take steps to increase the participation of women and leadership in parliaments and promote gender-responsive legislation,” she stated.

She challenged the Regional Women’s Parliamentary caucus in collaboration with the secretariat at SADC PF to coordinate the sharing of parliamentary best practices in responding to Covid-19, especially on how such responses have been gender-responsive or in line with human rights.

“We can and should come up with laws that can influence policies that will see the many millions of women and girls currently trapped in thankless care work being compensated for their efforts while protecting the vulnerable including the elderly,” she noted.

The parliamentarian said as the world works towards climate justice, the RWPC should support studies that show the impact, at grassroots level, of climate change on women who eke a living off the land.

According to Honourable Esparon, the adoption of the Declaration then created a regional framework for gender equality and women’s empowerment and a means for the SADC region to work in pursuit of a shared future for women and men in the region.

It consequently gave impetus to the Protocol on Gender and Development (2008).

She however said the collective performance in translating the strategic objectives of the Gender and Development Protocol into implemented measures is mixed and uneven.

We have an obligation to demonstrate how far we have gone in meeting these objectives and to take remedial action where necessary.

She said the RWPC was encouraged by an announcement that President Chakwera made in April that he would champion the election of 50 percent women legislators in Parliament as a stepping stone towards the promotion of women empowerment and gender equality.

She said there is need for political leaders to take urgent and concerted action or many millions of women will not realise the basic promises of regional, continental and international agreements in their lives.

She commended SADC parliaments for the general acceptance and establishment of women’s inter-party parliamentary caucuses.

The existence and growth in the number of national women’s parliamentary caucuses provides space for women parliamentarians to strategise and collaborate on matters of mutual interest to women across political party lines before bringing their contributions into the mainstream for parliamentary debates, she said.