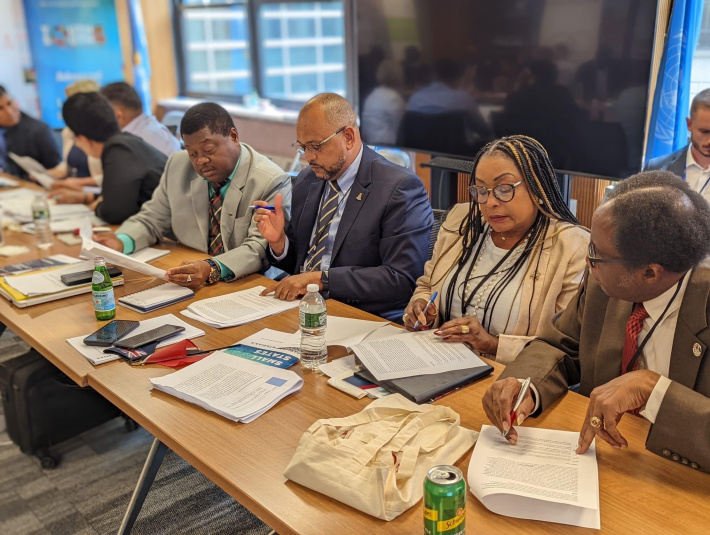 Hon. Gill in New York participating in the workshop with other parliamentarians

Hon. Esparon participated in the Commonwealth Women’s Forum (CWF) in Kigali, Rwanda from June 20-25 at the Commonwealth Heads of Government Meeting (CHOGM). The CWF sought to demonstrate the value of including women as transformational actors who bring diversity into governance processes across political, public and private spheres.

At a session on ‘Women in Leadership: Beyond the Numbers’, which explored what meaningful leadership looks like and the benefits of having more women in positions of leadership, panellist Hon. Shandana Gulzar Khan, CWP chairperson, said, “It’s not about fighting, it is about securing what already belongs to us”. The CPA secretary-general, Stephen Twigg, spoke at an event on the importance of accountability for gender equality, and Hon. Esparon represented the CWP at a session on gender and climate change.

Hon. Gill participated in a three-day workshop hosted by the CPA Small Branches network and the United Nations Development Programme, which involved twenty-one parliamentarians from sixteen small states and jurisdictions in New York, USA from July 5-7, 2022.

The workshop was aimed at assisting the parliamentarians in navigating the multilateral landscape and the implementation of effective climate action. The workshop was hosted at the United Nations Complex in New York and was designed to equip the members with the knowledge and skills to represent their jurisdictions in international climate change negotiations.

It was highlighted that despite the relatively limited contributions of Small Island Developing States to greenhouse gas emissions, the people living in these states often suffer the most severe impacts of global warming, which include rising sea levels, extreme weather conditions and displacement. In his opening remarks of the workshops Hon. Gill called out to the parliamentarians present that “I believe that we can all work together as a Small Jurisdictions to continue to build on the positive momentum and help us move forward with our positions so that we can lead the way to achieve a just transition as we switch to the full implementation mode of the global Paris Agreement treaty.” 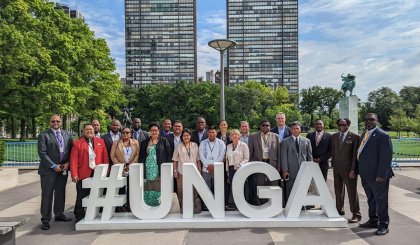 Hon. Gill among other parliamentarians in a group photo outside the building where the workshop was held 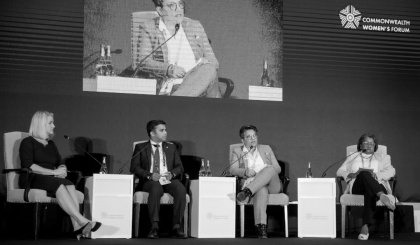 Hon. Esparon at the CWF 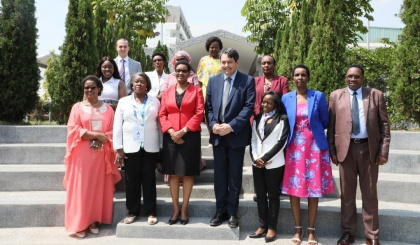 Hon. Esparon in a group photo with other parliamentarians