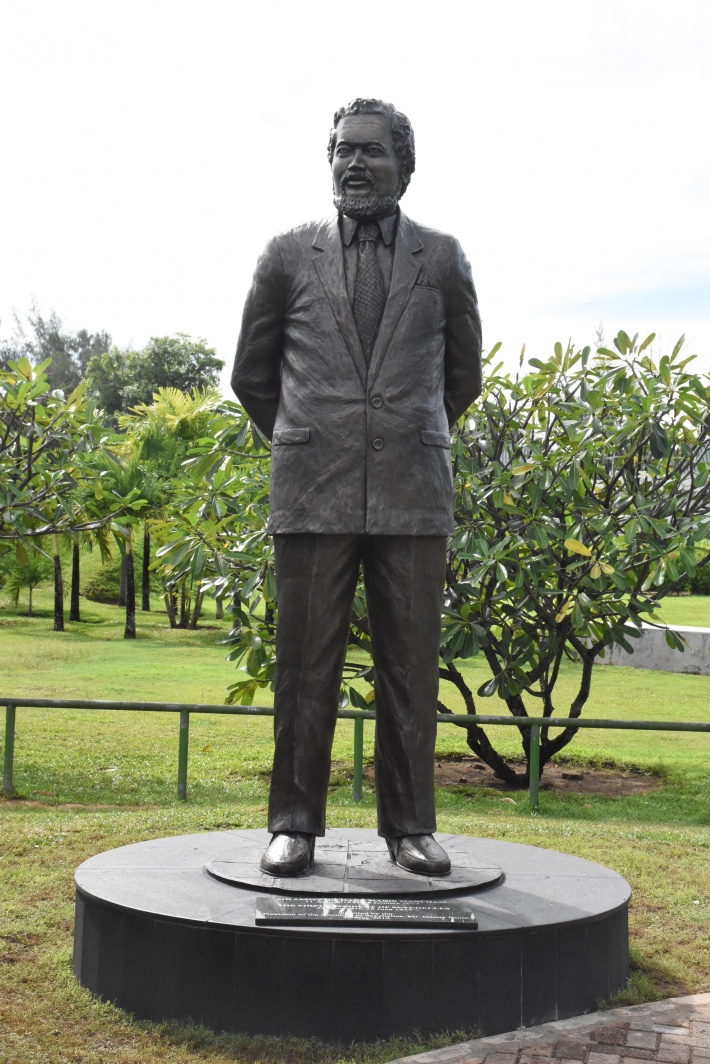 ‘A fitting tribute to an

A statue of the late Sir James Richard Marie Mancham, the founding President of the Republic of Seychelles, was unveiled yesterday by President Danny Faure and Mr Mancham’s widow, Lady Catherine Mancham, in a ceremony attended by key dignitaries and high-ranking officials.

The bronze statue, which stands tall in the Peace Park, overlooking Freedom Square and Victoria, stands as a commemoration of the achievements and contributions of Sir James during his reign as President between June 29, 1976 to June 5, 1977, and his numerous noteworthy achievements and awards in subsequent years.

During the unveiling ceremony, Alexander Mancham, the son of the late Sir James, delivered a testimony in which he stated that it is a great honour to witness the landmark occasion.

Speaking of the statue, Mr Mancham noted that it is a fitting tribute to an inspiring leader who had an instrumental impact on the country and internationally.

“This statue is symbolic and is reflective of the formidable contribution Sir James Mancham made in promoting peace worldwide as well as championing the rights of Seychelles wherever he ventured. His achievements and accolades are enough to complete a chapter in a book,” Mr Mancham noted.

On his father’s personality, life and illustrious career, Mr Mancham noted his love for writing and literature and his tireless efforts towards striving for peace, for which he has won many awards.

“The journey of Sir James saw him transcend from lawyer, to Chief Minister, to Prime Minister, to President, to leader of the opposition, to apostle for national reconciliation to a global ambassador for peace. If nothing else, Sir James was a leader of great flamboyance, charisma and compassion and executed his work with tenacity passionately,” Mr Mancham added.

Similarly to Alexander Mancham, Minister Adam highlighted the many accomplishments of the late Sir James Mancham including his numerous awards as an ambassador for peace.

He thanked everyone for being present for the unveiling ceremony stating that it is a “historic moment, a well-deserved tribute and manifestation of sincere gratitude from the people of Seychelles to one of its beloved sons”.

“Sir James Marie Mancham has been described as a visionary and a passionate spokesman for the peoples of all small islands developing states, a trailblazer of peace across the oceans, a true global citizen and a powerful advocate for our vision of one human family in the world,” Minister Adam said.

“In terms of international diplomacy, Sir James Mancham was an icon who has left his footprint in the history of our small nation, for he is well remembered locally and further afield for his involvement in the process that led to the independence of our country from Great Britain in 1976 and for the pivotal role he played in the country’s return to multi-party democracy in 1993,” Minister Adam stated.

He added that the location for the statue, the Peace Park in the centre of Victoria, is a vivid testimony of the significant part of his life that Sir James Mancham has been advocating for global peace and reconciliation.

“Gone too soon! Sir James has left a void in Seychelles at a time when the call for peace, love and reconciliation is resounding ever so loudly on all corners of our little island. We are proud of what Sir James has achieved and we are proud not only for what he meant for us as Seychellois but for what he meant for the world,” Minister Adam concluded.

The statue, sculpted by a leading sculptor in South Africa Jean Doyle, was then unveiled by President Faure and an emotional Lady Catherine Mancham.

“We’ve been looking forward to it. My son Alexander was sent to South Africa to check it off and say whether he thought it was realistic. I think it’s wonderful. I was a bit emotional as ‘Una Paloma Blanca’ was played all the time after we got back from 15 years of exile and I was remembering all those occasions and even at his funeral they played the song,” said Lady Catherine Mancham. 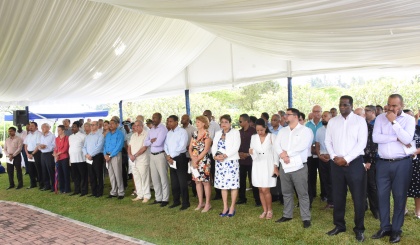 A partial view of guests attending the ceremony 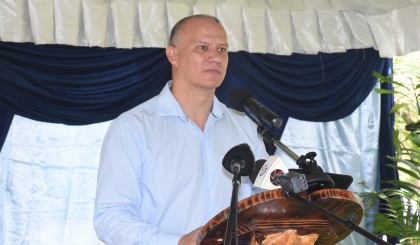 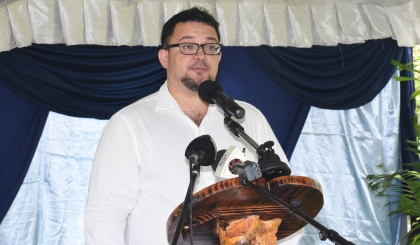 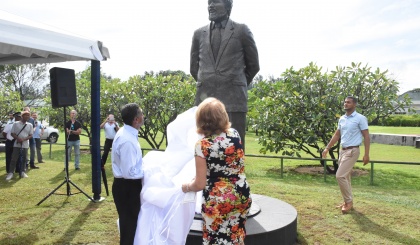