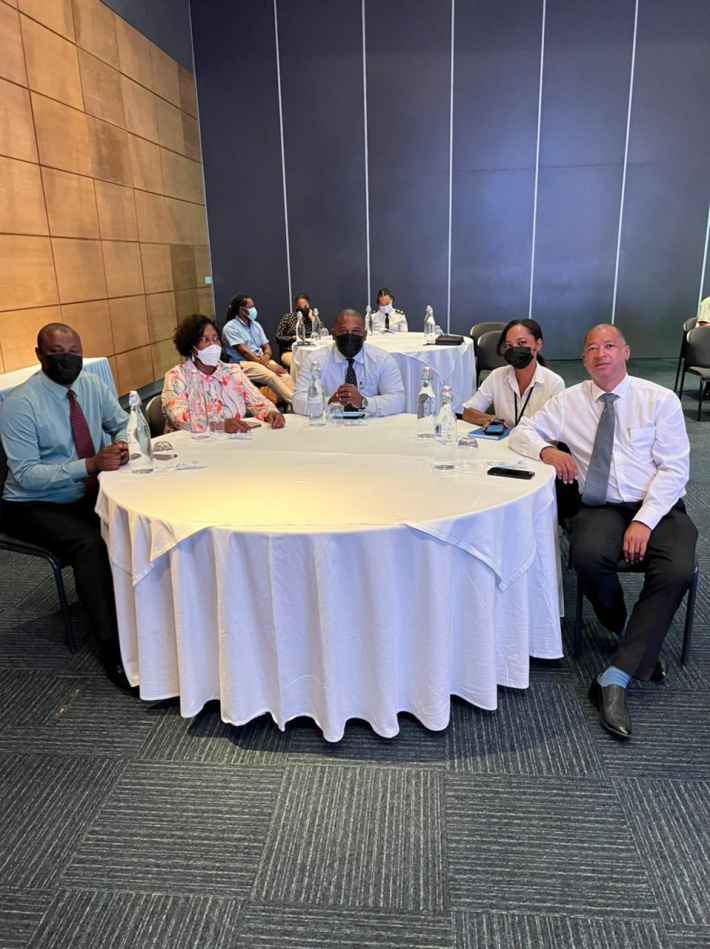 Members of the Defence & Security Committee attending the briefing

The Defence and Security Committee of the National Assembly attended a briefing presented by Russ Standford, Special Agent/Attaché at the U. S. Fish and Wildlife Service based at the US embassy in South Africa.

The introductory meeting was held at the Eden Bleu Hotel on June 28, 2022 and the Committee were invited to attend on behalf of the Seychelles Intelligence Service.

Members of the Committee had the opportunity to be informed on how the threats of wildlife trafficking can negatively impact a country.

The main target of the discussion was centered on the different methods to dismantle the wildlife trafficking organisations by strengthening domestic and global enforcement and expanding international cooperation, which will in turn reduce the demand for the illegal trade of wildlife species.

The Committee has shown considerable interests in strengthening the laws to combat wildlife trafficking and requested for more involvement in future discussions and engagement on the matter.