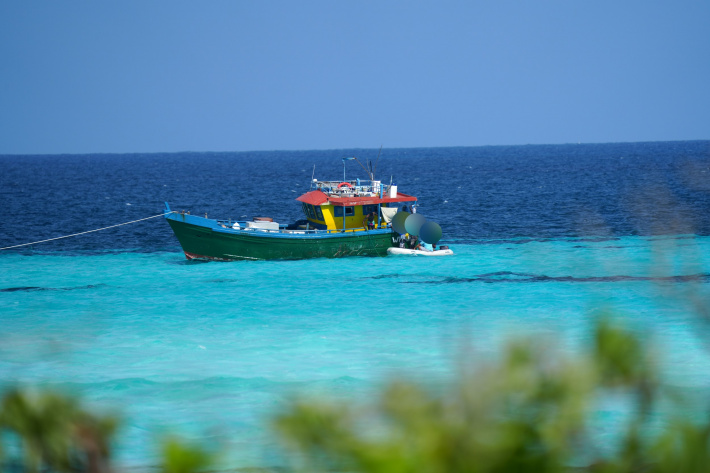 The photos accompanying this article depict a suspected group of Seychellois men while they were coming ashore to African Banks on June 18, 2022 at around 11 am. It seems they may have been at sea for quite a while and were disturbed by the unexpected presence of conservationists and other professionals from the Island Conservation Society (ICS), Islands Development Company (IDC), and the Ministry of Agriculture, Climate Change and Environment, who arrived by helicopter.

After a while, the ‘suspected poachers’ were observed returning to their fishing boat. They were photographed by an ICS staff who was among those conducting the annual Sooty Tern census on Desnoeufs, African Banks and other neighbouring Islands.

Although they were not seen culling the wildlife or collecting Sooty Terns’ eggs, the visiting boat could not justify the reason for landing on the island, which had evidence of poaching all over it, including pre-cut paths, broken eggs and footprints.

ICS, which is a not-for-profit organisation with the mandate to protect and rehabilitate the biodiversity of islands managed by the IDC, has already informed the relevant authorities of the incident.

“Our plea to all fishermen and Seychellois, in general, is that the meat of seabirds or their eggs should no longer be considered as a food option. We have access to many other meat sources that were once delicacies. When the birds come to land for nesting and much-needed rest, we should give them the decency to live undisturbed, like any other species with which we share the planet,” states the Board of Trustees of ICS.

African Banks once held more than 40,000 pairs of Sooty Terns and the population is now less than 1000, which is a reduction of 97.5%. Although Sooty Terns and other species have been greatly affected by climate change, repeated poaching events have caused serious declines, and ICS believes they will likely become extinct at this location. According to ICS, a ten-year ban on harvesting the eggs is the only window of opportunity for the species to increase in numbers. Currently, a two-year ban is in place which will be reassessed in 2024.

For more reference, please read the ICS position paper on the harvesting of Sooty Terns’ eggs, downloadable from its website http://www.islandconservationseychelles.com. 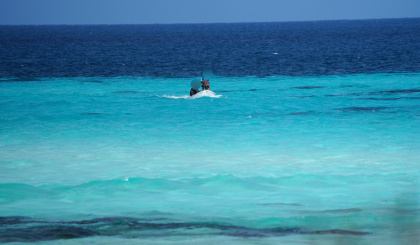