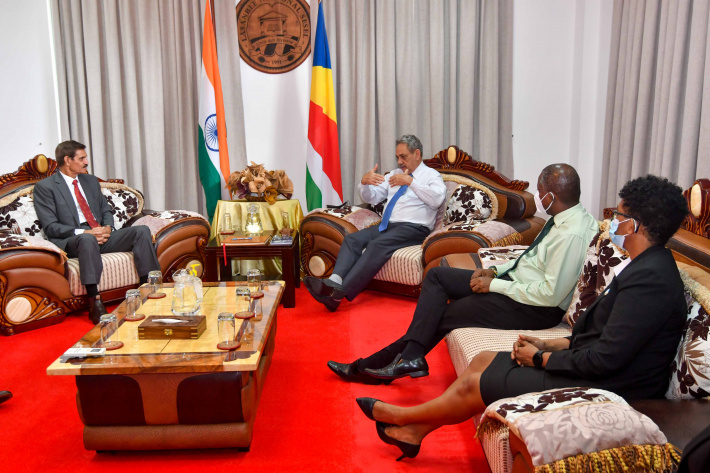 HC Suhag during his call on Speaker Mancienne and his team

The Speaker was accompanied by Hon. Gervais Henrie, deputy Speaker, Tania Isaac, the Clerk to the National Assembly and Alexandria Faure, the deputy Clerk.

The high commissioner spoke of the successful tenure of office which although had been impacted by the Covid-19 pandemic, many projects were completed especially with the Seychelles Coastguard.

The high commissioner highlighted the successes of the projects of the commission and the warmth of the Seychellois people.

The Speaker thanked the high commissioner for the immense contributions that have been made to the Coastguard and other areas in Seychelles.

Both dignitaries spoke about the longstanding bilateral relations between the two countries and discussed the need to further enhance the collaborative relationship between the two parliaments by the exchange of experiences and parliamentary best practices.

The Speaker thanked the high commissioner for his contributions and wished him all the very best in his future endeavours.