Yesterday’s amnesty hearings was in case 0149 filed by Rolderick Larue and Marise Eulentin regarding the murder of their son Dharmendra Eulentin whose body was found in the sea off providence in March 2007, and cases 090 and 270 filed by Gaetan Didon and Livette Hermitte regarding the murder of their son Ricky Hermitte, a former soldier who was killed on October 19, 2006 at Kan Tobruk, Sans Souci.

In all, over the past three days, the TRNUC heard from Marengo, Francois Lesperance, Marc Pool, Roland Gertrude, Jose Hollanda, Alain Jeannevol during amnesty hearings regarding their involvement, or participation in the deaths of five people, namely Michael Hoffman and Sonny Elizabeth, who died in 1983, Claude Monnaie who died in 2003, Ricky Hermitte who died in 2006 and Dhamendra Eulentin who died in 2007.

A seventh perpetrator – Ken Jean-Charles – is presently bring tried before the Supreme Court for the murder of Berney Appasamy.

The three perpetrators on the stand yesterday were Marengo, Pool and Jeannevol.

First to speak was Marengo who said the order to ‘eliminate’ Dharmendra came directly from Albert Rene – who he referred to as Tonton – who informed him that the latter was dangerous and needed to be killed.

He said knowing Dharmendra, it was a very difficult time for him, but had to come up with a plan since the order came straight from above.

Marengo told the TRNUC that after telling his accomplice Marc Pool about the situation, he came up with a plan to pick up the victim at Roche Caiman, and take him to a building at the army headquarters, at Bel Eau, where a welcoming party, including Jeannevol and Ken Jean-Charles was waiting.

Marengo said once Dharmendra was dropped at Bel Eau, he and Pool left, leaving the victim with the two above-mentioned.

Once Dharmendra was inside, Jeannevol confessed that he placed a bin liner on his head and choked him, with the assistance of Jean-Charles, until he suffocated.

He said the body was then carried to Providence by himself, Pool and Jean-Charles, where it was attached to an engine block and thrown into the sea.

He said other than the suffocation, nothing else in term of torture happened.

The money, Marengo said, came directly from Albert Rene who he referred to as Tonton.

Based on the testimonies previously given by the perpetrators in previous sessions, the bait used to lure Dharmendra – tempt a person to do something or to go somewhere, especially by offering some form of reward – into the car with them, and entered the building at Bel Eau, was that he was going to meet up with Patrick Herminie to get a house.

They however noted that the mentioned-person was not aware that his name was used for that purpose.

Marengo explained that he came up with the idea, but it was just get the victim into the car, while the main reason behind his death warrant is still unknown to him.

Based on the evidence, families of the deceased were not satisfied with the account of events leading to his death.

They explained that the alleged death by suffocation does not match the photo evidence of Dharmendra’s mutilated body, which was unclothed at the time of discovery.

They also referred to some evidence that were left over at the scene where the body was discovered; saying that it all indicate the torture, leading to the murder of Dharmendra that took place there.

Mrs Eulentin, the mother of the victim, told the commission that after confronting James Michel, telling him that despite not personally doing it, he was the one who issued the order, he was followed and harassed by Marengo.

She said the former state agent even told people that she was wanted and that he even bragged that if caught, her fate with will be worse than that of her son.

Mrs Eulentin further told the TRNUC that she was stalked while working at the Seychelles International Airport, and in fear for her life, she had to leave for Saudi Arabia leaving behind her smallest child which was still a toddler.

According to her, Marengo was being protected by the authority since he was part of, and knew about all the atrocities that have been carried out.

In terms of pardon, the victim’s sister, Marie-Lise Eulentin, told the commission that she is not ready to forgive the perpetrators.

As for the mother, she admitted that deep inside, she is not ready to forgive, but however advised the perpetrators to repent to the Lord directly.

As for the first hearing, Marengo was once again the first person during the second session, starting with the same story that he was called by Albert Rene who enquired about Ricky Hermitte, before informing him that he needs to be eliminated.

He said he made arrangements with a certain Ralph Mathiot to take Ricky to a house at Glacis, telling him that there was a safe, since according to Marengo, Ricky was a thief.

Marengo told the TRNUC that he was in the house at Glacis and fired a shot at Ricky, but missed, before the latter fled.

He said the next day he reported the incident to Albert Rene who told him that alternative arrangements should be made to complete the job (killing Ricky).

Marengo said following constant pressure from Albert Rene, he decided to recruit Jeannevol and Jean-Charles to carry out the work.

The payment for the dirty job was R75,000 according to him.

Giving his testimony, Jeannevol said he monitored Ricky for about a month, before getting in his car at the ‘pirate taxi’ car park, asking the latter to take him to Sans Soucis, precisely at Kan Tobruk, where his partner in crime – Jean-Charles – was already waiting.

He said upon reaching the end of the road at Kan Tobruk, he stabbed Ricky once in the chest, before Jean-Charles stabbed him a second time in the neck.

He also confirmed that he was given a special prayer by Albert Rene to recite so that he can sleep.

Pool, on his part, explained that he booked the car that was issued to Jean-Charles for the specific mission.

He also added that he was the one who drove Marengo to Glacis on the day Hermitte managed to escape.

As before, he claimed to be the driver only, in a situation that was not in his hands.

Addressing the TRNUC, Ricky’s father, Mr Didon, an ex-high ranking police officer, specialising in investigation, noted he does not believe that the perpetrators were telling the truth.

He questioned a reply given by Marengo to the commission in relation to his knowledge of several victims on October 14, 2019 to which he replied no.

Marengo admitted he was not telling the truth on that particular day, and added that even if not in power anymore at that time, Albert Rene was still influential over government, and also the army.

Mr Didon also told the commission that on two occasions, he had the chance to avenge the death of his son by killing Marengo, but he did not do it, just because he wanted to know the truth about what happened to his son.

He added that before coming before the TRNUC, he consulted with his family and they decided that all four perpetrators do not deserve a pardon from them, but should rather go to the grave of Ricky and ask for their own forgiveness.

Mr Didon further added he does not really have big issues with Pool, Jeannevol and Jean-Charles as they were under the command of Marengo who initiated the whole plan.

On her part, Mrs Hermitte also informed the commission that her family is not ready to forgive the perpetrators, based on the ordeal they went through, following the death of Ricky.

She said, even on the day of his funeral, state security agents were present at the cemetery, filming the event, and were chased by family members.

Pursuant to the TRNUC Act of 2018 and in order to foster reconciliation in the Seychelles, those individuals who provide a full and frank disclosure of their culpable acts or omissions in relation to any human rights violation and offer sincere apologies to the victim(s) shall be granted an amnesty in relation to the acts or omissions that were part of the disclosure and apology.

A perpetrator who has been granted amnesty in respect of a violation shall not be criminally or civilly liable in respect of the acts or omissions that were part of the disclosure and apology. 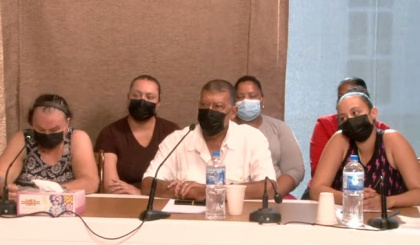 The family of Ricky Hermitte 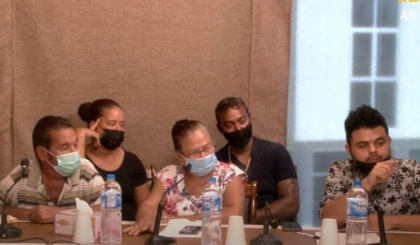