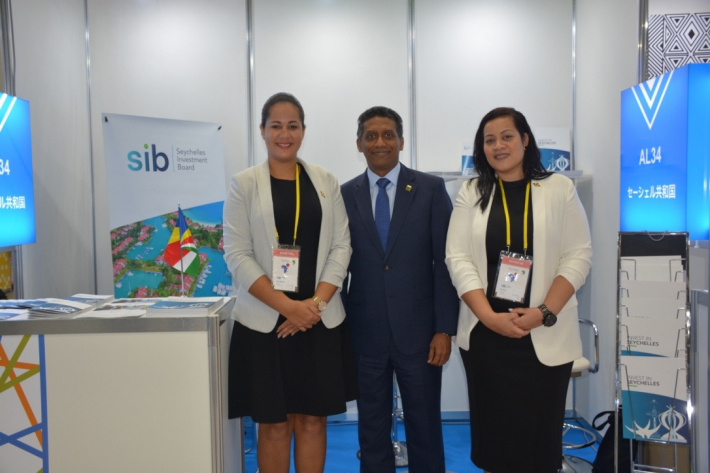 President Faure at the Seychelles Investment Board stand

Taking part in the second day of the Seventh Tokyo International Conference on African Development being held in Yokohama, Japan, President Danny Faure also undertook a series of bilateral talks on the sidelines of the conference.

For the first meeting, President Faure met with representatives of the Japan-AU Parliamentary Association led by Dr Daishiro Yamagiwa. During the talks, areas of discussion focused on ways Seychelles and Japan can further deepen bilateral relations through mutually beneficial exchanges between the two countries and its peoples.

President Faure, in the morning also met with the director general of Food and Agriculture Organisation of the United Nations (FAO), Qu Dongyu, for a courtesy call. The meeting was an opportunity for the president and Mr Qu to discuss and identify possible areas FAO can better support Seychelles through exchange of technical expertise in areas such as agriculture, fisheries and the blue economy.

As part of his programme for the day, on the margins of the Seventh Tokyo International Conference on African Development (Ticad 7), President Faure additionally attended the blue economy side event co-hosted by the government of Kenya, government of Japan and United Nations Development Programme (UNDP) under the theme ‘Transformative Actions for Inclusive, Innovative and Sustainable Blue Economy for Africa’.

From the blue economy side event, the president paid a visit the Seychelles Investment Board (SIB) stand currently taking part in the Ticad 7 – Japan Africa Business Forum Exposition organised to showcase and the promote a wide range of investment and business opportunities.

President Faure is leading the Seychelles delegation at Ticad 7 being held in Yokohama, Japan from August 28-30, 2019.

The government of Japan has since 1993 been leading the Ticad conference co-hosted by United Nations, UNDP, World Bank and African Union Commission (AUC).

Involvement include Heads of state and government, as well as representatives of international and regional organisations, civil societies, non-governmental organisations and the private sector. Ticad 7 provides a platform of discussion for important issues related to Africa’s development, and process that allows all Ticad member states and partners to come together for the further development of the continent.

The official opening ceremony of the conference took place on Wednesday at the Yokohama Conference Centre Pacifico and it formally launched discussions for this year’s conference centred on the banner theme ‘Advancing Africa’s Development through People, Technology and Innovation’. 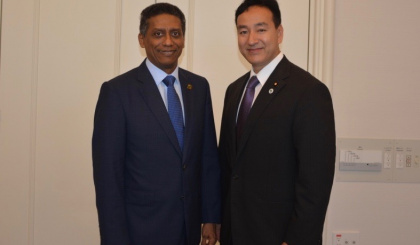 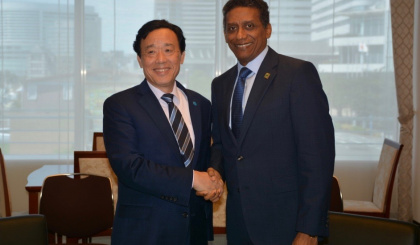