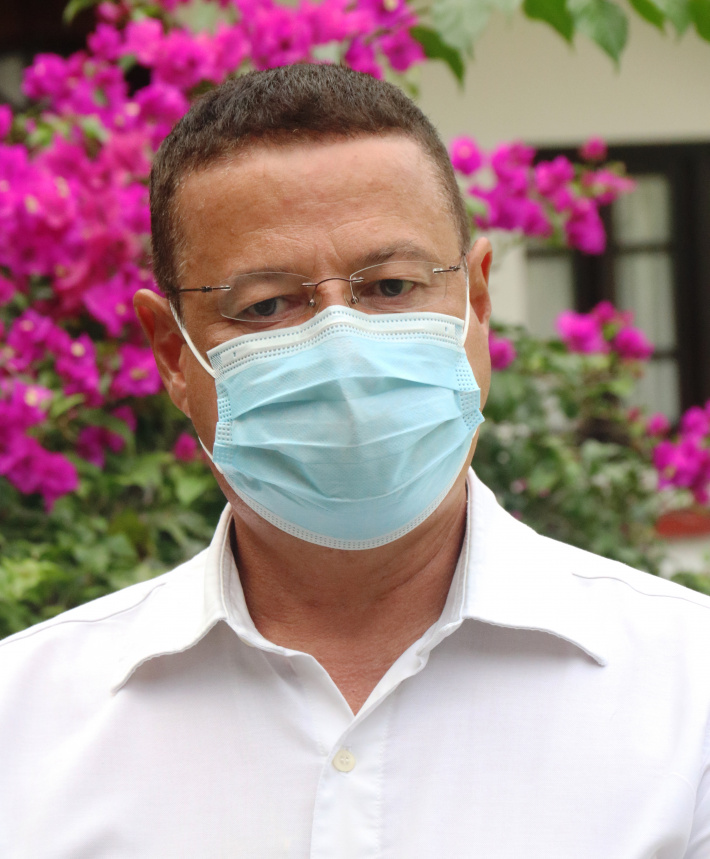 As more countries record cases of monkey pox, including the United Arab Emirates, which is closer to us and recorded its first case on Tuesday, the Public Health Authority is stepping up its preparedness and surveillance in case the virus is also detected here.

Talking to the local media yesterday morning, the Public Health Commissioner, Dr Jude Gedeon, noted that the surveillance system for infectious diseases already in place here is on alert.

He said an alert has been sent to all the different health facilities, including private clinics and pharmacies to give them an idea of what to expect and the actions to be taken if they detect a patient with the respective symptoms of the virus or identify a suspected case.

“We are also establishing our testing capacity. We have the equipment, people who know how to do the tests but we just have to get the primers for testing,” Dr Gedeon said.

He further added that they are accumulating other response plans, including case management and risk communication, and that more details will be given as the situation develops. Internal preparations are being done as well in case individuals diagnosed with the virus need to be admitted to hospital.

Monkey pox, a virus originating from Central and Western Africa, in some European and American countries, is making global and local news as more countries detect cases of the infection. So far Seychelles has not recorded any cases. No deaths have resulted from this outbreak up to now.

According to Dr Gedeon, the symptoms of the virus include a high fever of around 38.5 ◦C and the formation of flat (macular) itchy rashes, ordinarily beginning on the face, which then develop into raised (papular) fluid-filled poxes. The poxes can appear in the mouth, the palm of hands and feet, as well as on the genital areas. The lymph nodes also commonly become swollen and painful. The virus’ incubation period is said to be within 5 to 21 days.

“It’s very strange that this outbreak is taking place in several countries at the same time and in people who have not travelled,” Dr Gedeon explained.

He remarked that this may be a sign that the virus has possibly already been circulating in these communities for some time now and it’s for this reason that the World Health Organisation (WHO) has told them to expect more cases.

He also remarked that people who were vaccinated against small pox in the past may have a certain degree of immunity against monkey pox as well.

Meanwhile, Dr Gedeon is urging members of the public to remain on high alert and to keep updated on information being released.