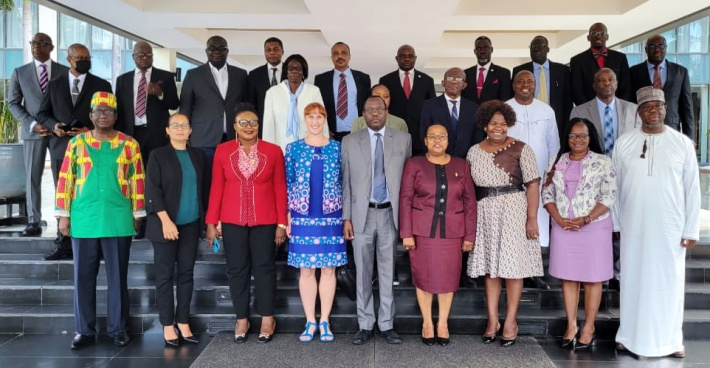 The elected member for Grand Anse Mahe, Hon. Waven William and proportionately elected member of the National Assembly, Hon. Flory Larue, attended the Parliamentarians for Global Action (PGA) for the Eastern and Central African region on the bio-security and Biosafety on the convention of bio-weapon of mass destruction.

The aim of the workshop was to promote universality and implementation of the Biological Weapons Convention and UN Security Council Resolution 1540 (2004).

Among the issues discussed at the workshop were the challenges posed by weapons of mass destruction (WMDs) including chemical, biological, and radiological agents with the potential to indiscriminately inflict widespread death and destruction.The severe threat to humanity posed by the acquisition, possession, and use of WMDs by hostile states and/or non-state actors, combined with the onset of more sophisticated and complex terrorism threats and actions in recent years, has renewed interest in ensuring greater global participation and implementation of the Biological Weapons Convention and the implementation of the United Nation Security Council Resolution 1540 (2004).

In his deliberation when addressing fellow parliamentarians in the workshop, Hon. Waven William focused on such threats to small island states like Seychelles. He stated that “Today and beyond biosecurity and biosafety promotion and advocacy has to be given importance amidst the global insanity of certain individuals and groups of people who in some ways are addressing needs of development with very little focus on sustainability and environmental and human health. The global governance has to review its balancing act of sustainable development in relation to the environment and everyday life. As a small island developing state, we are conscious of the insanity and the increasing threats to our existence.”

Furthermore Hon. William stated that Seychelles as a member of the Eastern and Central Africa Regional centre under the initiative of the European Union chemical, biological, radiological, and nuclear risk mitigation centres of excellence aimed to strengthen regional security through taking ownership.

He further reiterated that this includes human capacity building, and long-term sustainability policies and plans of action by countries through dynamic networking evolving approaches.

On her part, Hon. Flory Larue’s address focused on how Seychelles deals with biological security issues from an environmental perspective. Hon. Larue stated that “As our environment is fundamentally linked to our socio-economic survival through both tourism and fisheries; we have mainly concentrated on the requirements for the commercial and non‐commercial movements of animals and plant materials, machinery and equipment which may pose a biosecurity risk to Seychelles through the possible introduction of pests, diseases and invasive alien species. These regulations are mainly found in the Animal and Plant and Biosecurity Act.”

The members participating queried about the level of the various lines of government agencies’ capacity through trained human resources and relevant equipment for testing in the implementation of resolution 1540. Raising questions on whether fair trading and consumer protection to a broader extent are being safeguarded from chemical residues in imported and locally produced meat, vegetables, and fruits. Whether also a complete review of current practices is necessary to ensure the maximum oversight role possible towards biosecurity and biosafety. Seychelles which ratified the Convention in 1979 has to also ensure that the requirements of the Treaty, are adhered to.

Parliamentarians for Global Action (PGA) is a non-profit, non-partisan international network of committed legislators that informs and mobilises parliamentarians in all regions of the world to advocate for human rights and the rule of law, democracy, human security, non-discrimination, and gender equality. 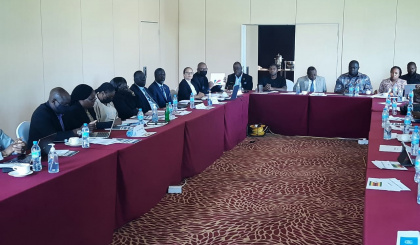 The workshop in progress 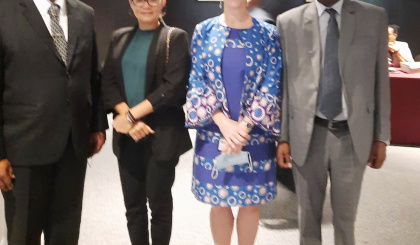 Hon. William and Hon. Larue (first and second from left respectively) in the company of other delegates