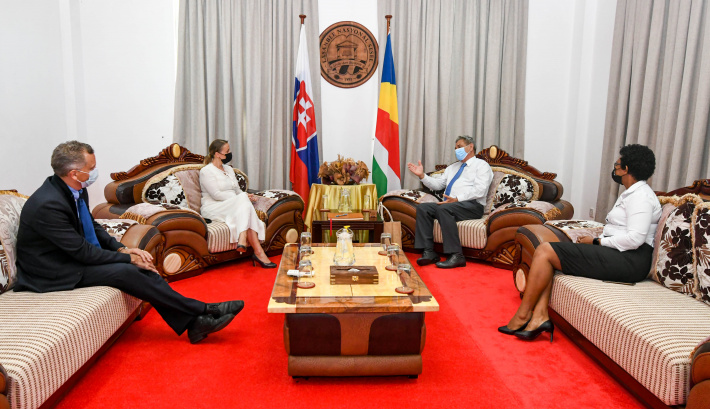 Speaker Mancienne and Ambassador Leligdonovà discussed matters of mutual interest and highlighted the various interests shared between Seychelles and Slovakia such as the protection of the environment, climate change, renewable energy and education.

Speaker Mancienne outlined areas for potential collaboration between the two countries for example in tourism, health and sports.

The clerk of the National Assembly, Tania Isaac was also present during the talks while Ambassador Leligdonovà was accompanied by the Honorary Consul of Slovakia to Seychelles, Guillaume Albert.

The Committee on Government Assurances of the National Assembly (Coga) |28.05.2022