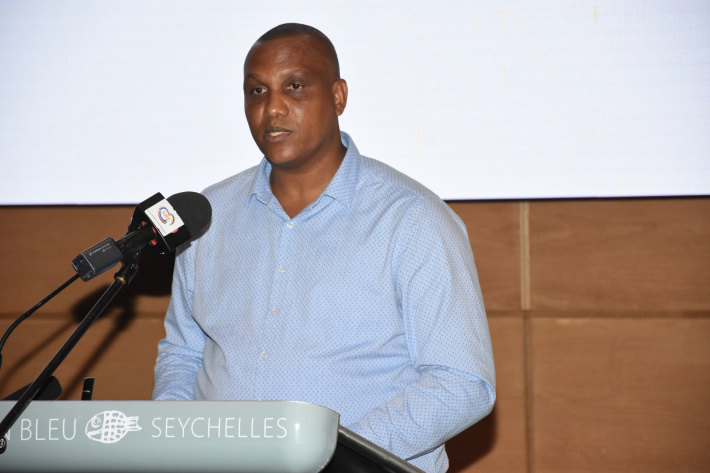 Work is being stepped up to finalise the Seychelles marine spatial plan by December this year before the implementation process could start, concerned stakeholders and other interested parties learned during a discussion session on the plan yesterday.

Organised by the Ministry of Agriculture, Climate Change and Environment (MACCE) in partnership with The Nature Conservancy (TNC), the session held at Eden Bleu Hotel was an opportunity for concerned parties to meet physically after two years and update themselves on work made on the plan.

The Seychelles marine spatial plan (SMSP) initiative is a necessary output of the award winning  government-led Debt-for-Climate-Adaptation Swap in which the government committed itself to expanding marine biodiversity protection to 30% of the exclusive economic zone (EEZ) and territorial sea (400,000 square kilometres) and planning for sustainable uses by 2020.

The manager of this project, Elena Sims explained that they are currently finalising the SMSP which is for the entire exclusive economic zone of Seychelles and finalising what the allowable activities will be in the three zones and at the same time they are in a phase where they are transitioning into the implementation stage.

“We started drafting a management plan and frameworks looking at the legislative requirements.  In order to arrive at this stage, numerous consultations have been done with various stakeholders including the Cabinet of Ministers, the National Assembly,” explained Ms Sims. She also gave a thorough presentation of the SMSP.

The primary objectives of the SMSP are to increase marine protections, address climate change adaptation and support the Seychelles blue economy. Once completed, this will be the first comprehensive marine spatial plan in the Indian Ocean and the second largest in the world. The SMSP will be implemented with financial support from the Seychelles Conservation and Climate Adaptation Trust (SeyCCAT), an independent trust legally established under its own Act in 2015 (www.seyccat.org).

The SMSP initiative is governed by an evidence-based, decision-making framework that includes an executive and a steering committee, seven technical working groups, public stakeholder workshops, and sector consultations.

Addressing the participants, the chairman of the SMSP steering committee and principal secretary for environment Denis Matatiken, stated that Seychelles with less than 1% land and 99% ocean and custodian of an exclusive economic zone of 1.35 million square kilometres, the ocean means everything to us.

“It provides us with food, jobs, and is considered the foundation of our economy and the country’s prosperity. A marine spatial plan is a useful tool used to ensure the sustainable development of the oceans and the protection of biodiversity for current and future generations. Seychelles started to develop its first marine spatial plan in 2014 with the primary objectives to increase marine protections to 30%, address climate change adaptation, and support the Seychelles’ blue economy,” said PS Matatiken.
PS Matatiken noted that this process has been done in a transparent manner with the participation and engagement of stakeholders. 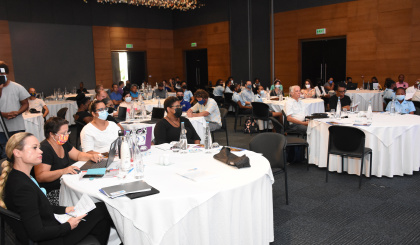