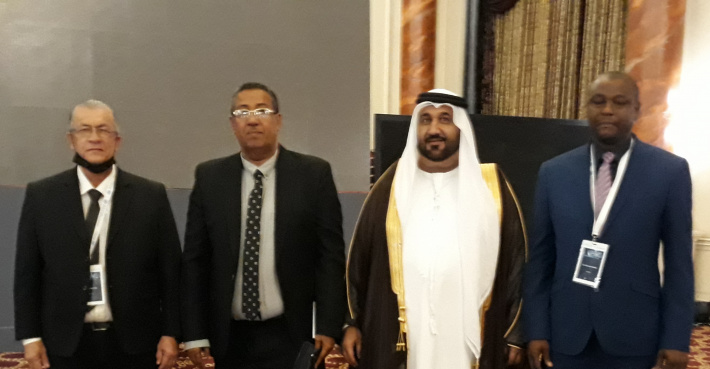 Hon. Adelaide and Mr Hermitte (right and left) respectively with other conference delegates

The United Nations Office of Counter-Terrorism (UNOCT) organised a high-level parliamentary conference in Doha, the State of Qatar on March 30-31, 2022 under the theme ‘For a future without terrorism’.

The conference addressed the topic ‘Understanding the terrorist threat in Africa: new challenges and necessary measures’.

It was seen necessary to engage members of Parliaments in Africa and the region’s member states in a meaningful discussion on the existing and emerging terrorist threats and the development of adequate measures to address and mitigate terrorism, considering the crucial role of parliaments as the key legislative body with the function of oversight.

The importance of engaging parliamentarians in counter-terrorism efforts is well recognised under resolution A/RES/60/288 of the United Nations Global Counter Strategy, under which member states resolved to undertake necessary measures to prevent and counter terrorism by strengthening the coordinated efforts and measures of prevention of violent extremism.

During the two-day conference, presentations and discussions by participants outlined the gist of the problem and parliamentarians examined its root causes and dynamics, as well as identified main actors and drivers which often derive from poor governance, negative human rights records, inequality, poverty, inadequate regulation.

Many of the issues discussed involved parliamentarians agreeing on the way forward which addresses the adoption of robust legislation and comprehensive oversight. The implementation of which requires the engagement of the legislative bodies, relevant security, and law enforcement organs of member states in such dialogue for effective solutions and strong measures. The crucial need to include the harmonisation of national legislation and regulations in line with international standards and best practices was also highlighted.

The conference was attended by the vice-chairperson of the Defence and Security Committee of the National Assembly, Hon. Francois Adelaide, and Godfra Hermitte, secretary to the Committee. 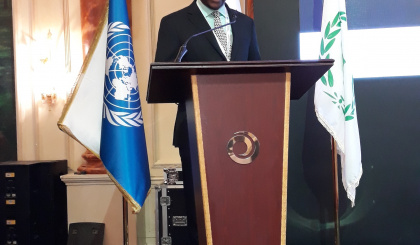