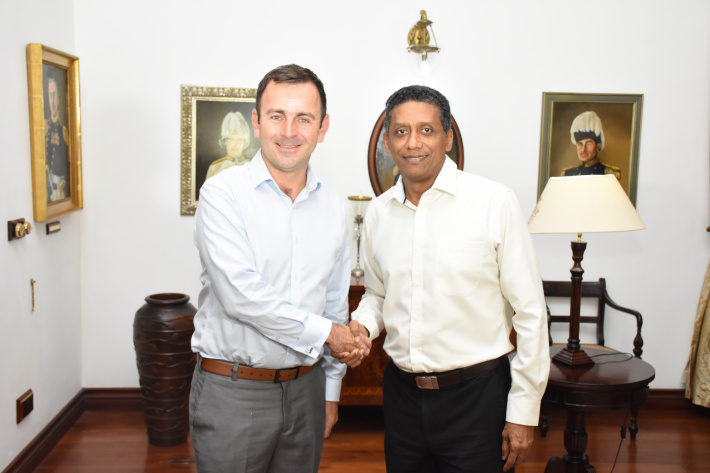 Patrick Lynch is the new British high commissioner to Seychelles and yesterday morning he presented his documents of accreditation to President Danny Faure at State House.

Mr Lynch is replacing Caron Röhsler who served in the post for the past four years. She was accredited   in August 2015.

Speaking to the press after his first meeting with President Faure and after paying a courtesy call on Vice-President Vincent Meriton, Mr Lynch extended his heartfelt gratitude to the two Seychellois leaders for the warm welcome he has received.

He said their talks centred on mutual cooperation which is ongoing in different areas namely in relation to marine protection, maritime security, the blue economy, shared value of democracy and the rule of law.

“We discussed a range of issues as well as how we can further strengthen the bilateral ties between our two countries,” said Mr Lynch.

He added that the blue economy, initiatives to remove plastic from the ocean, climate change are among some of the key areas that he would focus on during his mandate and support Seychelles to continue to be at the forefront of global efforts to address these issues and at the same time learning from Seychelles’ experience as well as sharing our expertise.

On his first days in office, Mr Lynch said he will focus on getting better acquainted to the different dossiers left behind by his predecessor. 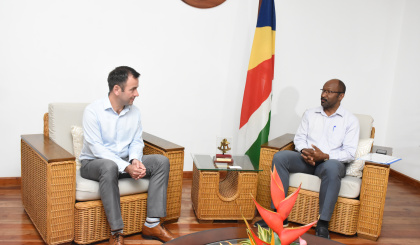 Mr Lynch during his call on Vice-President Meriton