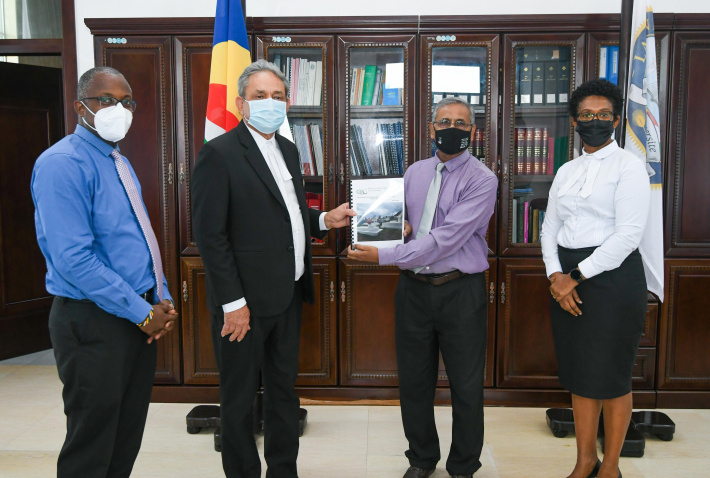 The Auditor General, Gamini Herath, has submitted a special report on the outsourcing and management of the cemetery and burial services to the Speaker of the National Assembly. Hon. Roger Mancienne.

Hon. Mancienne stated further that such reports are ideally important for parliamentarians when they are analyzing and putting things in perspective to allow better interventions on specific matters.

On his part, Mr Herath expressed that the report falls in line with his office mandate in assessing whether government undertakings, programmes, activities, or organisations are operating in accordance with the principle of economic efficiency and effectiveness.

Mr. Herath outlined the importance of making the reports available to the National Assembly, which in turn will be beneficial to the whole population.

Speaker Mancienne thanked Mr Herath for the continuous effort and tremendous work carried out in ensuring informative and effective reports are available and look forward to other future reports from the Auditor General’s Office.

Also present during the handover of the report were the deputy Speaker, Hon. Gervais Henrie, and the clerk to the National Assembly, Tania Isaac.