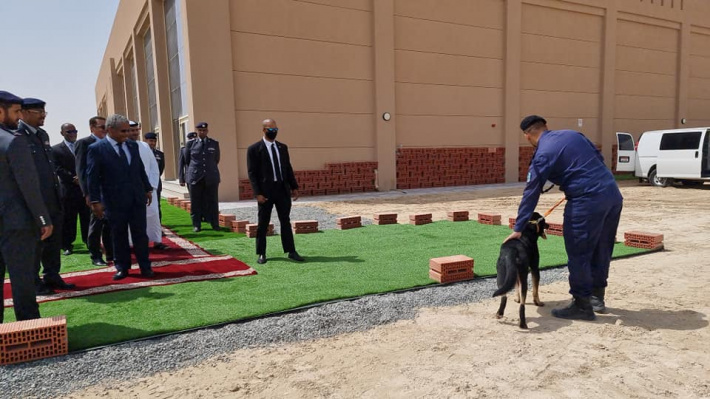 Prior to his participation at the World Government Summit in Dubai, President Wavel Ramkalawan yesterday morning visited a group of Seychellois officers undergoing training at the K9 Security Inspection Department: Civil and Defence Academy.

During his visit, the President and his delegation viewed a full demonstration of some of the dog handling tactics the officers are learning and was briefed on the various types of operations they will be able to engage in upon completion of their course.

The training has been made possible under the Seychelles-United Arab Emirates (UAE) cooperation through a fully funded sponsorship by the UAE government. This includes the training of the officers along with their dogs as well as for the building of new dog kennel facilities which will be located at Barbarons.

The President also had the opportunity to interact with the officers where they shared their experiences as well as progress made so far.

They said they were extremely satisfied with the high standards of training and how they are looking forward to putting the various new skills and knowledge gained in application.

President Ramkalawan availed of the opportunity on behalf of the people of Seychelles to express sincere appreciation to the UAE government for its continued support through this course which will further assist Seychelles in further tackling the scourge of drugs, curtail other illegal activities and help in search and rescue of persons. 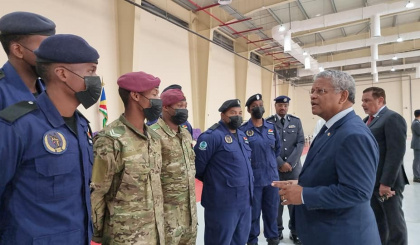 President Ramkalawan interacting with the officers