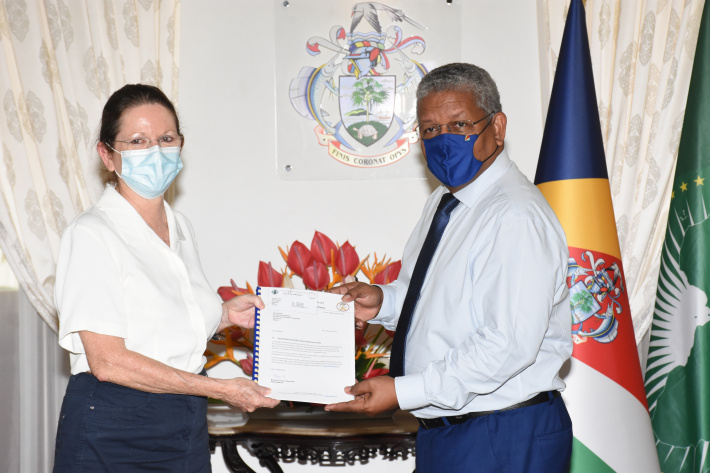 Following the meeting with the President, Mrs Tirant-Gherardi said that discussions were centred on the challenges faced by the office especially in relation to recruitment of the right calibre of people, especially skilled personnel to write out investigation reports.

Other challenges include lack of resources and lack of cooperation with ministries.

“Recruiting staff with the right calibre is something that comes with a price tag and when you have limited resources the price tag becomes a problem, that is the primary problem I have,” Mrs Tirant-Gherardi said.

With regard to lack of cooperation from ministries, the Ombudsman said that although the ministries are responding to the Ombudsman request in a much better way, there is still a degree of reticence sometimes when the office tries to give them the recommendations that will help to improve the public service they deliver.

She noted that she will be having more dialogue with the ministries in the hope of understanding the reason for the reticence to improve communication between both parties.

“Whether the reticence is due to a misunderstanding of the role of the Ombudsman, whether it’s a disagreement with the observation in the findings that I’ve made or whether it’s just plain refusal to accept change, I am not in a position to say until I have more dialogue,” Mrs Tirant-Gherardi added.

Ombudsman Tirant-Gherardi said they also discussed about the autonomy and on the importance of the office in the future.

She added that the President has vowed to continue to support the office of the Ombudsman, with due respect of its autonomous status.

It is to be noted that President Ramkalawan had already received a copy of the Ombudsman annual report 2021 in February 2022 prior to meeting with Ombudsman Tirant-Gherardi yesterday.