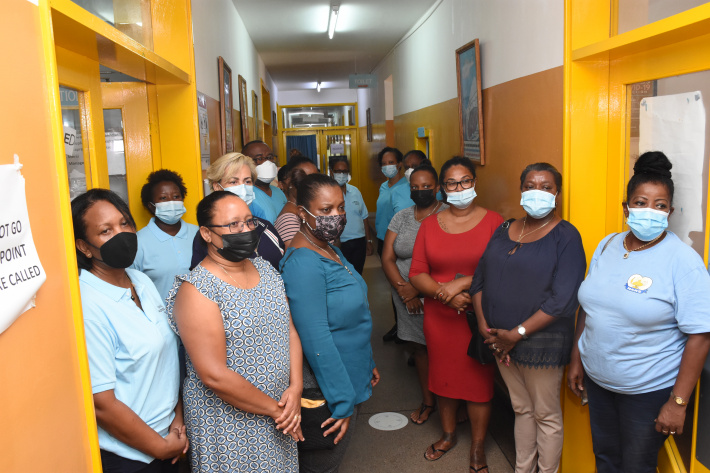 The gathering at the launch ceremony (Photo: Thomas Meriton)

The Ministry of Health in collaboration with the Ministry of Youth, Sports and Family, on Saturday organised a pap smear drive in all the regional health centres across Mahé, Praslin and La Digue.

The pap smear drive, conducted in commemoration of International Women’s Day that was celebrated on Tuesday March 8, 2022, under the theme ‘Break The Bias - Equality today for sustainable tomorrow’, was to create awareness on reproductive health cancers among women and girls of reproductive age.

In launching the campaign at the Communicable Disease Control Unit (CDCU) in the company of some nurses and individuals who had responded to the call, chief nursing officer, Dr Gylian Mein, said that it is important for all women to attend to their routine cervical screening appointments at the family clinics as it is the most effective way to detect abnormal changes in the cervix’s cell at an early stage, for early treatment to prevent cancer before it occurs.

She added that early detection and treatment can prevent up to 75% of cervical cancers.

Dr Mein stated that cancer is the second leading cause of death in Seychelles, after cardiovascular diseases, and that the cancer of the cervix is one among the causes of death among women in the country.

She said that despite the implementation of the national cervical cancer screening programme in 2020, there has been a decline in the number of women coming forward to do their pap smear, especially during the time of the pandemic.

Dr Mein also took the opportunity to encourage all parents who have not had their children immunised with the HPV vaccine to make the necessary appointment to do so as it has been proven that the vaccine can prevent most cases of cervical cancer if administered early to girls.

Jane Larue, who did her pap smear on Saturday, said that as she couldn’t do hers during the high peak of the pandemic, as the service also was not being made available, she had taken the opportunity being offered to conduct her test as it is one of her obligations.

She added that it is also an obligation for all citizens to see that their health is in good condition and that they do come forward and do whatever ii takes to keep them in good health.

She said she undergoes her pap smear test regularly once a year or every two years. She said there is no history of cancer in the family.

According to nurse Beryl Valentin, programme manager sexual and reproductive health in the family unit, said that for the last five years, the tendency of cancers among women has been on the increase. She noted that because of the increase, it was the reason why the campaign was launched, especially on the occasion of Women’s Day, to sensitise them on the need to conduct their tests as many are not doing so.

She said that the campaign will continue for the whole year.

A total of 120 women conducted their pap smears at the different health centres and nurse Valentin described it as very encouraging.

She noted that during the campaign tests will also be conducted during weekends. She therefore urged women to keep calling to the local health centres to book appointments during the weekends. 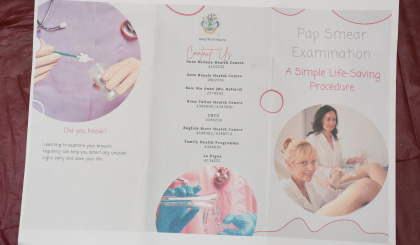