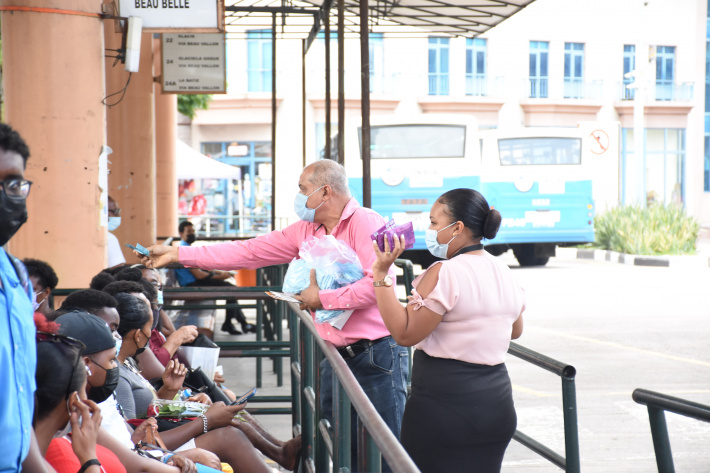 Condom efficiency awareness on the most romantic day of the year

Being one, if not the most important element of safe sex, the use of condoms is a great way to reduce the risks associated with unprotected sex, while it must be used properly to maximise their effectiveness.

It is therefore appropriate to create awareness and promote safe sex on Valentine’s Day which is the most romantic day of the year.

To commemorate the romantic event which coincided with the beginning of the World Condom Week, the Ministry of Health – through its Media and Communication Unit – conducted a drive in Victoria where they distributed female and male condoms, leaflets among other items to boost sexual education, safe sexual experiences and practices.

From February 14-21, the World Condom Week aims to increase awareness of using a condom as a contraceptive for safer sex. It helps to prevent sexually transmitted diseases (STDs) including HIV and unwanted pregnancies. The week also aims to place the use of condom as a healthy lifestyle choice.

It is therefore appropriate that the event goes hand in hand with the most romantic day of the year.

The World Condom Week was initiated by students at the University of California – Berkeley – in 1978, and it has since grown into a national and international educational and awareness event worldwide.

A condom is a sheath-shaped barrier device used during sexual intercourse to reduce the probability of pregnancy or an STI.

There are both male and female condoms.

With proper use – and use at every act of intercourse – women whose partners use male condoms experience a 2 percent per-year pregnancy rate.

With typical use the rate of pregnancy is 18 percent per-year.

Their use greatly decreases the risk of gonorrhea, chlamydia, trichomoniasis, hepatitis B, and HIV/Aids.

To a lesser extent, they also protect against genital herpes, human papillomavirus (HPV), and syphilis.

The accompanying photos show some highlights of the ministry’s drive yesterday to promote the use of condoms. 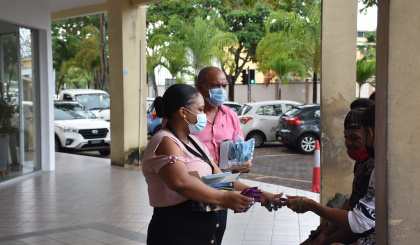 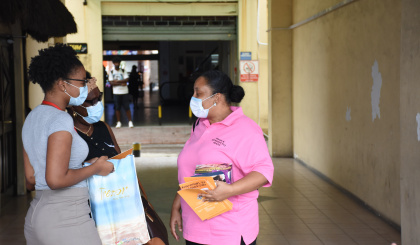 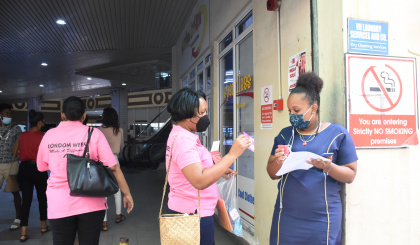