To date the Truth, Reconciliation and National Unity Commission (TRNUC) has heard a total of 342 of the admissible complaints filed before it and has 19 complaints remaining to be heard.

The Commission will conclude its hearings of complaints and other witnesses and suspects by the end of February 2022 to allow it to focus on its determination of all the complaints made, applications for grant of amnesty and writing of its final report.

Additional evidence required by the Commission will thereafter be sought by way of written evidence.

She went on to note that it is increasingly coming to the attention of the Commission that there are people who could assist the Commission but who are not coming forward but are rather waiting for the Commission through its investigations to identify them as potential witnesses and thereafter providing the Commission with relevant information.

“This approach is extremely labour-intensive for the Commission as it relies on the Commission identifying and following investigative leads. If people with relevant information would come forward voluntarily, the efficiency of the Commission would be greatly enhanced,” Ms McIntyre pointed out.

She said the Commission is calling on anyone who has any relevant evidence to contact its office and share that evidence with one of its investigators. The Commission has in place procedures whereby evidence can be given confidentially and the identity of the provider of the information not disclosed to accommodate reluctant witnesses. If individuals do not share with the Commission what they know, they cannot complain thereafter if the Commission’s determination of the truth of an event based on the evidence it has received does not reflect what they believe to be true or reflect all of the available evidence.

“So if you have information come forward and share that information with the Commission and help it meet its objectives. The Commission can be reached anytime during working hours on 4290399.”

Ms McIntyre further stated that it must be emphasised that the Commission needs to complete its mandate with the resources it has been allocated in difficult economic times and the task ahead of it is extensive and daunting.

“We have to be realistic about what can be achieved and where the Commission is unable to address issues of importance in a detail it would like in its final report, it may make recommendations that other bodies do so. The Commission would nonetheless continue to endeavour to do its absolute best to deliver a final report that it can be proud of given the constraints under which it must operate,” Ms McIntyre stressed.

Meanwhile the Commission would like to acknowledge and thank its small team of hardworking staff for their continued commitment to the mandate of the Commission as it heads toward conclusion of its work.

It has to be noted that the staff of the Commission are held to the highest standards of professionalism and that the workload is demanding and high-paced.

Ms McIntyre said the Commission’s ability to meet its objectives very much turns upon their dedication even more so in these last seven months.

The Commission also acknowledges and thanks its team of volunteers both Seychellois and foreigners for their valuable contributions to its work. It is with their assistance that the Commission has been able to achieve more than it has been resourced to achieve. The commission is extremely grateful to each and every one of them and hopes to continue to rely on their assistance in 2022 as it moves towards completion of its work. 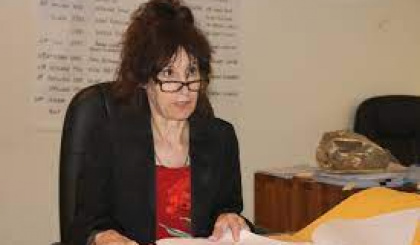