Dolor Ernesta, former minister for lands, was the first witness to appear in public before the Truth, Reconciliation and National Unity Commission (TRNUC) on Thursday this week.

This was in relation to Case 0293 – Julita Delpech, who has a number of complaints before the Commission including one relating to the sale of their property H676 on July 29, 1993 some three months after her husband was allegedly murdered in South Africa.

It has been claimed before the Commission that no compensation was received by Mrs Delpech for the sale of their property and that when they left Seychelles in 1981 they had a mortgage over the property in favour of the SHDC and that it was being rented to a Mr Jean Louis. Apparently a sister of Mrs Delpech made the mortgage payment to the SHDC each month from the rental payments.

In 1993 the sister of Mrs Delpech also left Seychelles and she said her sister in law took over the collection of the rental payments but that at some point thereafter the tenant ceased paying the rent. When the sister in law enquired from the wife of the tenant she was told that they were making the payments directly to the SHDC.

From the records the Commission has obtained, the Delpech couple had borrowed less than R100,000 to build the house on Parcel H676 and had been paying back the mortgage from 1978 until when the tenant in 1993 claimed to have been paying directly to the SHDC.

Yet upon the sale of the property for R175,750 which appeared to be more than they borrowed or could have owned, they received no compensation.

Asked to shed light on what really happened in that circumstance, Dolor Ernesta said there are some things in the declaration that are true and there are additional information that the Commission should know and have in order to make a determination.

“It is true that Mr Delpech had the property H676 of 788 square metres in 1976 but the property was subdivided in 2009 to provide for the construction of a road making it two plots – H8465 the smaller plot and H8466 the larger plot where the house is situated,” Mr Ernesta explained.

He also informed the Commission that there were three loans in the name of the property amounting to R71,700.

Mr Ernesta informed the Commission that the money was not borrowed from the SHDC but from the Ministry of Economic Development, Planning and Housing Department and Mr Robert Grandcourt, who was then the permanent secretary, signed for the loan.

He noted that among the conditions of the loan is the repayment as well as that as long as the borrower still owes money, he or should not without a written permission from government sell or rent the property.

He said based on documents it is true the property was rented out after the owners left the country and the repayment on the loan was not honoured by the person responsible and this is why the SHDC took the case to Court.

He went on to detail the different court cases in relation to the property until the SHDC got possession of the property on November 6, 1990.

With regard to payment of compensation, Mr Ernesta noted that legally they were not entitled to any compensation according to what he knows.

In that case Ms Allisoppe brought a case to the commission concerning the   disappearance of her son, Yves Micock, on June 3, 2005 when he was out fishing with Mr Labrosse.

He recounted that on that day they had left for a fishing trip the two of them. As it was getting late at around 6.30pm, they dropped anchor at their fishing spot to rest and continue fishing the next day. When they woke up the next morning they had drifted quite a long way from Aride Island.

Nonetheless they went on to continue with their fishing trip. While Yves guided the boat Mr Labrosse said he removed water from the boat using a kokosye before going to relax a bit at the front of the boat.

“So I moored the boat to keep it in position. Yves aggressively asked for the life jacket. I dissuaded him from doing anything drastic but that we had to sit and think of what we were going to do to get back. So I passed him the life jacket and a piece of rope to hold him when he swam up to retrieve the governing stick. The current was very strong and the waves very big and gradually it tightened the rope and washed it away from me,” Mr Labrosse recounted.

He said he too ended up in the water struggling to get back on the boat which disappeared and then reappeared between the waves. He said he could not see the boat and Yves had disappeared. Then the boat floated and was partly visible and he clung to it.

He remained in the water and could see Aride island but was quite far from it.

Two vessels passed by but could not see him. A third vessel passed by and still could not see him. When a fourth vessel was approaching, he said he removed his shorts to wave to them while shouting at the top of his voice. It was at around 5.30pm on that day that he was picked up and brought to Praslin police station. He had spent a whole morning in the sea. 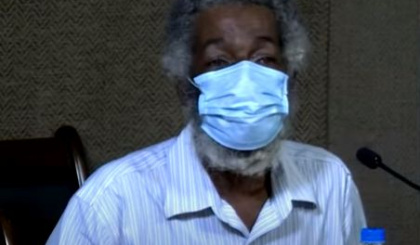 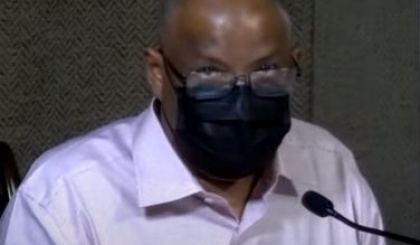