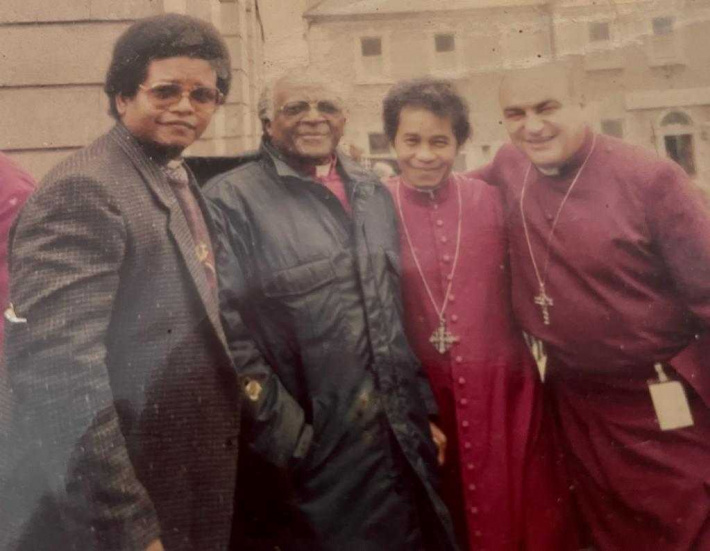 President Wavel Ramkalawan has expressed his profound sadness upon hearing the news of the passing of Archbishop Emeritus Desmond Tutu of Cape Town, South Africa.

The President has paid tribute to the commitment, hard work and courage of Archbishop Tutu in the struggle to end apartheid, the freedom of Nelson Mandela and for stepping forward to ensure peace and stability in South Africa.

“The image of the short black Archbishop with the loudest voice preaching peace and reconciliation got him the Noble Peace Prize together with Nelson Mandela and Frederick De Clerk. His truthfulness and determination in the struggle are qualities that humanity will never forget. He was a personal inspiration in my own struggle,” said President Ramkalawan.

As an Anglican priest, President Ramkalawan met Archbishop Tutu together with Archbishop Emeritus French Chang-Him in Belfast, Ireland, when he was serving as the Provincial Secretary of the Province of the Indian Ocean that comprises Mauritius, Madagascar and Seychelles.

President Ramkalawan has sent a message of condolences to the family of Archbishop Emeritus Desmond Tutu on behalf of the people of Seychelles and on his personal name.

Archbishop Tutu died yesterday at the age of 90.