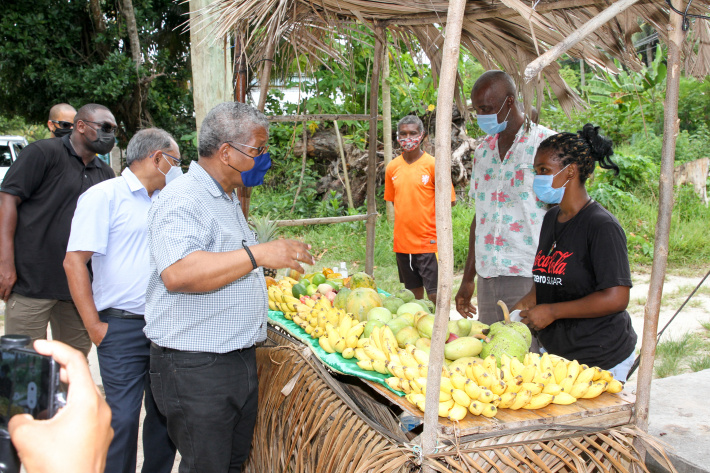 Expresses satisfaction at islanders’ devotion to the jobs

Designated Minister Jean-François Ferrari, who is also the Minister for Fisheries and the Blue Economy, and Minister for Investment, Entrepreneurship and Industry, Devika Vidot also formed part of the presidential delegation.

President Ramkalawan said it was important for him to visit the two islands to see for himself what has been done since his previous visit and what needs to be done.

It was also the first time President Ramkalawan visited government agencies on the two islands and he said he is very happy with the devotion of all the staff.

“Even before receiving the petition, I was informed by some of the inhabitants, some who had to leave the area to make way for the development of the sports infrastructure that a commercial development had started in the area. I have already informed the planning authority that the area is dedicated to sports and that we cannot proceed with the commercial development. The issue will be tabled during a future Cabinet of Ministers’ meeting,” said President Ramkalawan.

“We received a very good welcoming from staff of all these departments. They are all passionate about their jobs and have shared with us what they think should be done to improve their working conditions and their output,” Mr Ramkalawan noted.

In Baie Ste Anne, President Ramkalawan and his delegation visited the ice plant and market construction sites. They then proceeded to the new jetty before heading to Côte d’Or to visit the proposed kiosk and boat charters sites.

In the afternoon, the presidential delegation sailed to La Digue where it visited the site of the old police station which is to be refurbished, the building housing the police station, the post office, and the Landscape and Waste Management Agency (LWMA) offices.

At the Public Utilities Corporation (PUC) offices, President Ramkalawan and his delegation held discussions with staff and were briefed on the need to increase the island’s drinking water production, upgrade the water treatment plant and increase electricity supply.

“We will have to acquire bigger tanks to increase the production and distribution of desalinated water to all Diguois. At the same time, we need to relook at electricity production,” said President Ramkalawan who congratulated the team for the good they are doing.

The accompanying photographs show some highlights of the presidential delegation’s visit to Praslin and La Digue. 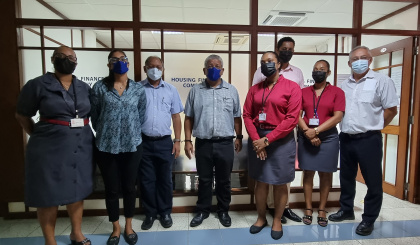 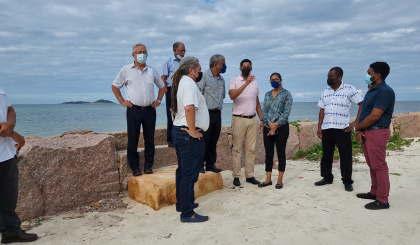 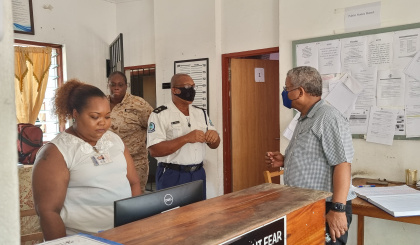 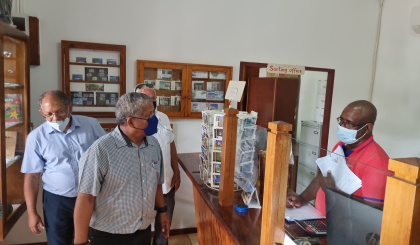 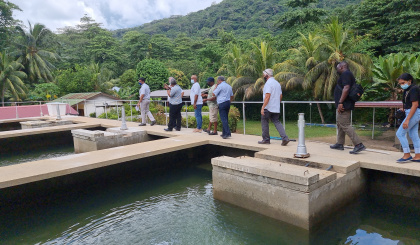