The two leaders in the National Assembly have delivered opposing responses to the budget address presented by the Minister for Finance, Economic Planning & Trade Naadir Hassan on Friday last week.

For the leader of the opposition Sebastien Pillay the 2022 budget is “an affront to Seychellois” while the leader of government business, Bernard Georges, has described it as “essential for the country’s recovery”.

The 2022 budget address is proposing a sum of over R10 billion for the coming year.

In what were more political shots than budget-oriented remarks, the debates surrounding the 2022 budget were kicked off yesterday morning with responses from the two leaders.

Hon. Pillay noted that the 2022 budget presented provides nothing new for the Seychellois people and yet keeps on asking them to make sacrifices while the higher ups benefit from new allowances and other perks such as hotel stays and retreats.

He highlighted the achievements and progress made during the SPUP/SPPF/PL/US administrations, from unhindered access to education at all stages to free primary healthcare.

“We undertook land reclamations to build houses on and boost business opportunities, and during all that we never failed to ensure that whoever is in a difficult situation is supported. This is what the SPPF/Parti Lepep/US government has accomplished,” stated Hon. Pillay.

Meanwhile, he continued, the Linyon Demokratik Seselwa (LDS) government is bringing nothing new to the table with its second budget.

Hon. Pillay said that instead of paving its own way, LDS has only taken steps to build on the achievements of the former administration – which it had lambasted for years – such as taking the successes made in regards to the blue economy and climate change and claiming these as its own efforts.

“Last year LDS said that it was presenting a budget that it had met when it came into power but that it will implement the budget in its own way. It called on Seychellois to watch out for when it brought the first budget fully-prepared by LDS; it said that it would be then that they could gauge the true capacity of the LDS government and get a real taste of the changes it was promising,” he stated.

“It said it had been given a kales kase (broken chariot) but Seychellois have seen clearly that this kales kase has allowed them to travel everywhere – dancing in hotels in Dubai and taking credit for the work done during the 43-year system that was here before.”

Hon. Pillay alleged that it is not coincidental that a corruption scandal emerged just right when LDS delivered a budget which Seychellois are not pleased with, adding that this removed the limelight off the ineffectiveness of the current government.

“This budget is one which represents a real contradiction and it is my firm conviction that the people have been hoodwinked. Today, the LDS government wants to explain to us that Covid-19 delayed our progress, that the economic difficulties are real and that we need to sacrifice some more. During the campaign however, Covid-19 was a small hill to be surmounted – easy because they had answers to everything. Despite all the efforts undertaken by the executive at the time, led by President Danny Faure, to ensure that people became more responsible vis a vis Covid, LDS politicians practiced a laissez-faire approach and did not take Covid as seriously.”

Hon. Pillay reiterated the need for the government to give Seychellois at least some portions of their 13th month pay, gratuities or long service allowance at the end of this year, especially given that the cabinet of ministers have benefitted from extra allowances during this past year.

He further mentioned the rising cost of living which was not addressed heads on in the budget speech and criticised the government for dangling the salary revision in 2023 in front of Seychellois just a year shy of the next election.

Hon. Pillay wrapped up by stating that the budget speech showcased the struggles of a government that fails to effectively govern and address current realities.

Not one to be upstaged, the leader of government business, Bernard Georges, responded that the people understood the realities brought on by Covid-19 when they elected President Wavel Ramkalawan in October 2020.

He observed that the 2022 budget is one targeted towards recovery from Covid-19 and that LDS had stated clearly in its manifesto that the country needed to recover and be straightened out.

Hon. Georges urged US representatives to not oppose each and every decision taken by the government for the sake of opposing, and stop requesting for wealth to be shared at a moment when the country is recovering from more than a year of revenue loss.

He called the party out on its irresponsible politics that polarise people at a point when we should all be working together for the betterment of Seychelles.

“Instead, assume your responsibility as an opposition and help redress the country, and it is only when everything is back in order that you can attack the government on its strategies just as a responsible opposition should.”

“When we were in the opposition, we did not hesitate to help the government during tumultuous times. In 2008 when we were faced with the financial crisis and Mr Michel’s government was forced to take difficult decisions, including devaluing the rupee, we stood in solidarity with his government. Last year when Covid-19 hit us, again, we supported difficult measures including amendments to the budget for the FA4JR programme,” added Hon. Georges.

He highlighted that the 43 years of SPUP/SPPF/PL/US had created a government that liked to spend without any control and encouraged a laissez-faire, dependency attitude.

He noted that the Minister for Finance currently has a difficult task on hand – finding a middle ground between investing where needed and tightening where possible.

“In only one year, the LDS government has made remarkable progress and taken us out of the ICU. Now, in 2022, it will bring the cure and remove our country from the ward and send it home, healthy and strong. The 2021 budget was an emergency budget; the 2022 is a budget of consolidation, regulatory and modernisation for our country,” added Hon. Georges.

As for the heated debate on the minister’s allowances, Hon. Georges said it is worrying that the US opposition still does not understand the difference between the job and responsibilities of a minister and that of a public servant or any other worker.

“Each job is noble and every worker deserves to be compensated but these men and women ministers need to maintain a certain standard. The epoch when Mr Rene walked around in a safari suit or a rainbow shirt – and ministers put on a strawberry yoghurt shirt and members of the executive committee were seen in upside-down kitenges – are done and over with in this country. If you want to ask for assistance from another country and you want to speak to them on equal footing – just as President Ramkalawan and his ministers do – then you have to meet the standards.”

Hon. Georges called on Minister Hassan to answer whether all the current ministers have taken their allowances and to compare the sums of these allowances to the previous administration which had promised to forego its benefits and yet still took them inconspicuously.

“The measures that will be taken in the coming year will be to the benefit of all Seychellois, with a new cost of living and revisions in the pension age, there will also be a restructuring in the public service that will have to become more performance based. There will be a revision in salary; tax rates are being revised to allow businesses to grow; ease of doing business will improve for investors; STC will continue to lower the prices of commodities; the agriculture sector will see a boost so as to improve food security and reduce importations,” he concluded.

The debate continued throughout the day in very much the same line, with MNAs taking a firm stance for and against the budget depending on the side they are on.

The National Assembly expects to continue debating the budget today. 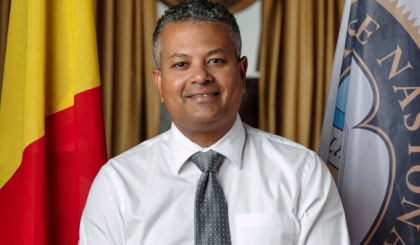 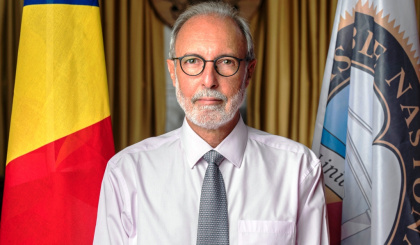