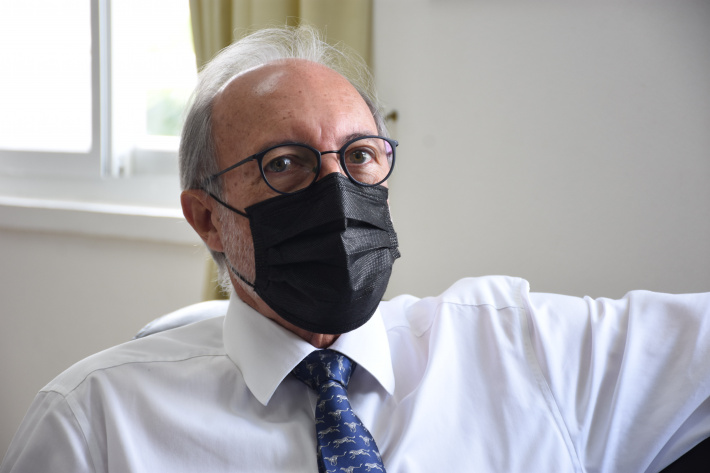 Leader of government business in the National Assembly, Bernard Georges, is calling on leaders and the general population to unite and deliver, accelerating Seychelles’ path towards economic recovery.

Hon. Georges made the call yesterday as he provided his initial reaction to the 2022 budget speech by Minister for Finance, Economic Planning and Trade, Naadir Hassan, in the National Assembly yesterday morning.

While he acknowledged that the budget does not necessarily make provisions for salary increments, or in terms of reducing cost of living, Hon. Georges highlighted that it is a recovery budget, assuring the population that they will reap the benefits of the seeds they are sowing in due time.

Hon. Georges’ response is as below:

“I think there are three words which conclude the budget for me. Firstly, it is a budget which comprises regulations. One of the things which is apparent is that we need to regulate government much more than it was regulated in the past, to improve performance.

Secondly, it is a budget based on consultations. The minister on numerous occasions has said they will be conducting consultations, which is promising. And thirdly, it is a budget towards modernisation. It is introducing new ideas in various places; e-government, virtual learning, the reorganisation of business tax, these are all innovative.

“Perhaps when the population are looking at the budget they may not necessarily see anything which touches them, in terms of a reduction in the cost of living, or salary increments, but the context of it is that this is a recovery budget. It is not a budget within a stressed time, nor is it within good times. In fact, the most difficult budget is this time of budget to prepare, as when the going is tough, you have an austerity budget and it is easy, when it is good, you have a spending budget and life is easy. But when you are in between and in recovery, it is difficult to find the right balance, and I think this is the challenge which the minister faced. But I think he has risen to the challenge, he has come up with some great ideas but I think what is most important is that unless we unite and we work hard and we deliver, we are just not going to get there. So, let’s get out of the past mentality where we had so much money and we could spend however we wanted, and now what we have to do is to watch every penny to ensure that the money goes where it needs to go to.

“There needs to be more unity in the population and I think this unity starts right here in the assembly. And secondly is to appreciate that whatever you sow now, you are going to reap. Let us be frank that we have not recovered in full, and if we do what we should be doing now, the recovery will come a lot faster than we expect and by 2023, I know we will be back to where we should be.

And the minister has proved what we can do. If you want to reduce the cost of living, STC has proved that it is possible. If you want to encourage business and people to deliver, you can do that. We have seen that across a number of sectors. What we need to do is to recover, and I think this is the recovery route. By next year we will have recovered, and then it’s all systems go.

“Let’s work together. It is absolutely crucial. Obviously the opposition will oppose, and that’s their job, they can do that and it is fine, but work together. As I have said before, do not just criticise, amend. If something is not right, propose an amendment instead of simply saying that it is not working.

“Secondly, we need to deliver. Every minute that we work must be towards delivery, because without those two things, we will not recover.”