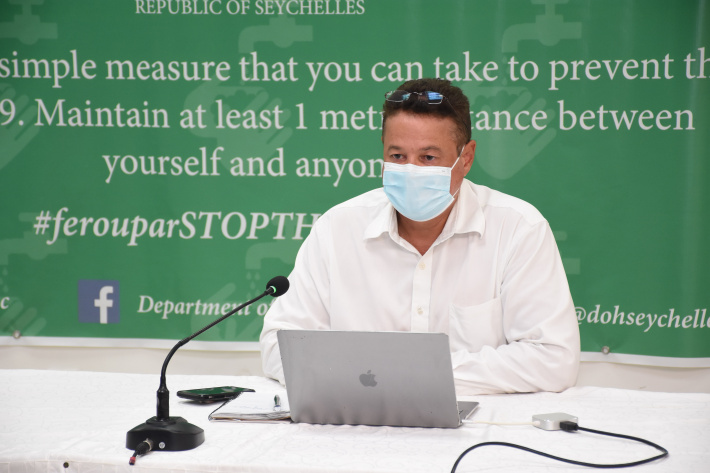 The number of Covid-19 infections is still on the decline, with the number of active cases at 278 as at yesterday.

During the monthly update yesterday, Public Health Commissioner Jude Gedeon explained that efforts to combat against the Covid-19 surge which began in April has taken around six months, and it is therefore crucial that public health and social measures are still enforced, and that individuals remain vigilant.

“We reached peak number of cases on May 13. In fact the first surge was in December 2020, but the major surge which coincided with the arrival of new variants was April 10. It was around a month until we registered the peak, as it kept on increasing, until June when we started observing the gradual decline. On July 30, around a month and a half later, we reached a plateau which lasted until September 17. It is from there that we started to see the decline,” said Dr Gedeon.

“So, it took us from April to October, over six months to take care of the surge, and if we get another surge now, it will take us around the same amount of time for us to get it under control. The message is that we need to do all, we cannot let our guards down for us to get another surge and have more restrictions, and not the liberty that we want,” Dr Gedeon noted.

The active cases bring the total cumulative cases to 21,638, the majority of whom, representing 21,242 who have recovered. Among the cases, 258 were recorded on Mahé, 18 on Praslin, and 2 on La Digue.

According to Dr Gedeon, the most affected districts are Anse Royale where a cluster was recorded on October 4, as well as Mont Buxton, Beau Vallon, Mont Fleuri and Baie Lazare. Of those affected, the majority are Seychellois and young adults, Dr Gedeon remarked, noting that the ministry has amped up monitoring among school children as they recently resumed school.

At present, the delta variant has displaced other variants and around 99 percent of infections have been found to be of the more aggressive variation of the coronavirus.

According to Dr Gedeon, had the national campaign not kicked off early, the country’s mortality rate would be much higher. Up until yesterday, 118 deaths were recorded resulting from Covid-19 and associated complications, 79 percent of whom were unvaccinated, while in the remaining 21 percent, most had co-morbidities. Two deaths have been recorded thus far this month.

With regard to vaccination coverage, 71,438 persons, or 72 percent of the total population of 99,202 have received both doses of either Sinopharm, Covishield or Sputnik V and Pfizer. A total of 81 percent have received the first dose of the jabs. Just over 450 adults have opted for the Pfizer booster shot. Others wishing to take the booster are advised to do so six months after receiving the second dose.

He advised that the booster dose is necessary on account of evidence of waning immunity after infection or being administered the vaccine, continued community transmission, and a significant proportion of the population who are susceptible, with co-morbidities for complication or severe disease.

As for the adolescent population for whom the immunisation campaign is targeted presently, only 0.2 percent, representing 24 young adults have received both doses. Of the 8,235 population, 5,029 have received the first dose. Uptake is higher at private schools than state schools.

For his part, the chief executive of the Health Care Agency (HCA) Dr Danny Louange said the health authorities have observed a significant reduction in the number of hospitalisations and there are seven patients at the Family Hospital, Persévérance. Of the seven, two ‒ one aged 56 and another aged 44 ‒, are in the intensive care unit (ICU) with one on ventilator support.

The coastguard facility is accommodating 13 patients, most of whom are stable and doing well in general.

As for Praslin, 10 were at the isolation facility as of Wednesday night, and it would seem that the numbers will continue to rise with the recent outbreak on the island.

Concerning mortalities resulting from Covid-19, Dr Louange noted that of those who have passed, there are more males than females, and around 23 percent can be categorised as obese or morbidly obese. Among the same group, almost 40 percent also had blood pressure problems, 18 percent with liver related conditions, and 38 percent with diabetes.

Similarly to Dr Gedeon, Dr Louange urged that residents opt for their vaccines and booster shots, especially expectant mothers. The doctor explained that recently health professionals have had to intervene and make difficult decisions after their symptoms were worsening. 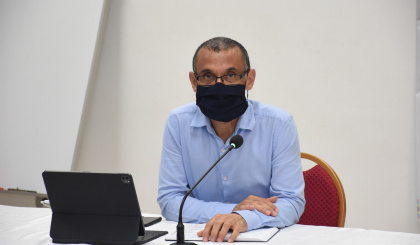