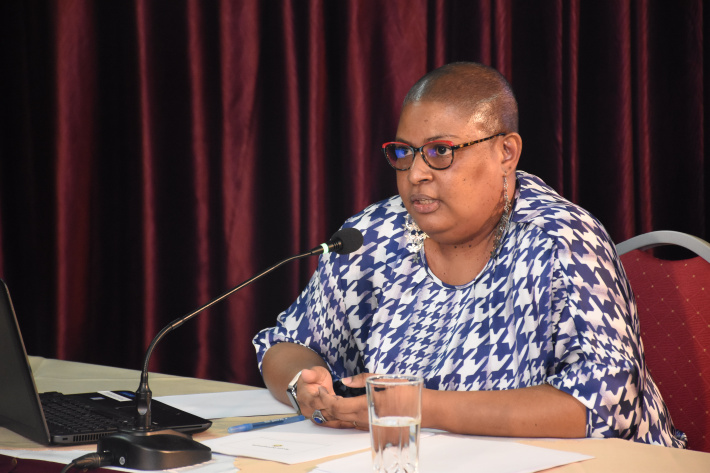 Central Bank (CBS) Governor Caroline Abel has firmly warned commercial banks that if they do not make a change in the interest rate in order to support the economy, exceptional measures will be taken against them.

“For several years we have been saying that we have a flexible economic regime. As CBS we do not interfere in the decisions of the commercial banks. We provide guidance and the framework for our financial institutions to operate. Now when the economy is facing difficulties, the message from Central Bank is clear: we have to support the economy. Since last year, the CBS has brought different types of support to the economy where we even use our reserve to import commodities. We also made available two credit lines to support the private sector. This step was new for the CBS as we acknowledged that the economy needed our support. On two occasions, CBS also reviewed its monetary policy. This year again, in June, we made other changes to reflect the reality of our economy. My message to all the banks is that they need to act! This is the last time CBS is voicing out about changing the interest rate,” explained the Governor.

Governor Abel pursues her message by saying that as of June this year, CBS has been engaged with the commercial banks. “If action is not taken after today’s message, then CBS will come up with exceptional decisions for the banks to adhere to. We have tried all ways possible in this specific framework we are currently living in. If we do not see things moving, as an institution who is responsible to take and implement decisions, there is frustration. Yesterday our board was really frustrated. I have to pass on this frustration on all our financial institutions who have a role to play. CBS needs the banks to implement the decisions we make. If these institutions do not budge, the CBS has to take these exceptional measures for a period of time in order to move forward. We need to have the commitments of our stakeholders in order to implement the change we want. I want to make sure that the boards of the banks understand this situation well. On Thursday this message will be reinforced when we meet with the different banks. It is important that the economy receives the necessary support in this dire times.”

Governor Abel made it clear that CBS will not be negotiating about these exceptional measures and they will only be implemented.

Governor Abel also shared that CBS is taking into account recent developments and there has been an improvement in real economic activity but we are not there yet. “There has been improved production statistics for Q2 2021 and we witnessed a positive growth in visitor arrivals and tourism earnings. These have been the results of easing of restrictions in tourism source markets and increased air connectivity. Soon the cruise ship season will resume in November.”

Regarding the foreign exchange market, there has been an increase in supply and demand for FX and there has also been an appreciation in the exchange rate. “In the month of September we have seen an increase in the demand for forex and this also coincides with the upcoming end of year celebrations. Our message stays the same – be prudent in your spending as every move you make affect the economy,” reiterated the Governor.

Other important analysis for the quarter was a decline in private sector credit growth driven by fall in local currency loans and inflationary pressures remain elevated. “There is an increase in commodity prices due to shipping constraints and rising freight costs. This remains our concern,” added the Governor.

Governor Abel is not on social media and is not offering any loan!

Since 2017, Governor Abel is repeating to the public that she is not on social media and she is not offering any loan. “I am receiving a lot of calls from people telling me they are receiving offers of loans from the Governor of CBS. If I could write it in RED! As Governor of CBS and personally, I am not on social media and DO NOT respond to any of these requests. Do not put yourself in a difficult situation where you can potentially find the police at your place for investigation as you are talking to a fraud! Do not fall for these traps!” warned Governor Abel. 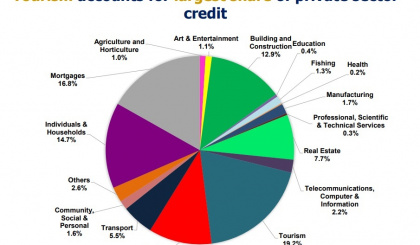 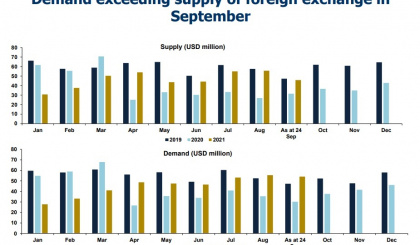 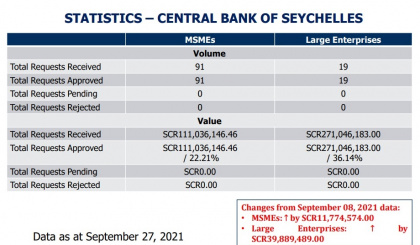