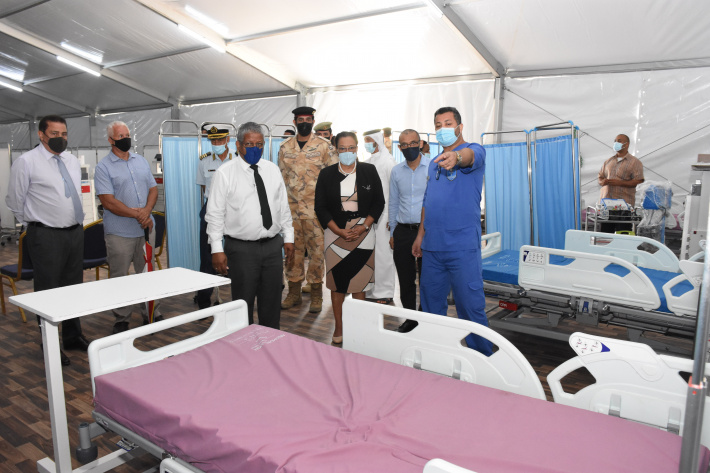 The State of Qatar has officially handed over to Seychelles the new field hospital for Covid-19 patients which has been set up at the Seychelles Coast Guard (SCG) base on Ile Perseverance.

The field (mobile) hospital, with its back-up generator, will serve as a back-up, or stand-by hospital, in case of a surge in Covid-19 cases.

Building materials for the hospital, along with all other needed equipment and accessories and manpower for the project arrived in the country on board a special flight by the Qatari Emri Air force plane on Monday September 13, 2021.

Apart from the ward equipped with beds and other accessories to accommodate 60 patients with mild to moderate conditions, the hospital is also equipped with 30 ventilators including a small pharmacy and a small emergency unit for severe cases.

It was the Minister for Health, Peggy Vidot, who on Saturday afternoon accepted the already assembled hospital from the Qatari representative, Yuosef Ahmad Al-Mulla, the humanitarian researcher for the Qatar Fund for Development, in a small ceremony held at the SCG auditorium, Ile Perseverance, in the presence of President Wavel Ramkalawan and the Minister for Foreign Affairs and Tourism, Sylvestre Radegonde.

In his address, Mr Al-Mulla said the gift from his government signified the good relations Seychelles and Qatar share.

He added that the gift, from the State of Qatar, will help towards improving the health care services in the country.

He noted that such assistance has also been given by the State of Qatar to almost 80 countries across the globe.

He said his country is looking to strengthening further the good relationship with our country.

Speaking on behalf of the government, Minister Vidot said the hospital will increase the capacity of the Ministry of Health’s facilities to cope with any eventualities.

She thanked the State of Qatar, in this challenging time of the pandemic, for assisting our country in its preparedness and response plan against Covid-19.

She said that the pandemic is a global challenge filled with uncertainties and our country has to prepare itself to affront such challenges, such as having the hospital, to mitigate pressure on the health system.

After Minister Vidot had cut the ribbon to officially inaugurate the hospital, President Ramkalawan and other guests were given a tour of the facility.

The Qatari assembling team, who left the country the same day (Saturday), took three and a half days to erect the hospital.

The utilities, including water, electricity, sanitation and sewerage, to be undertaken by the local side, will be put in place in the coming weeks.

Minister Vidot later said the hospital is part of the ministry’s preparedness plan in case of a surge in the virus. It will also be used on occasional basis if necessary but not in the immediate as the utilities have to be installed.

She noted that in the event of it being used, the ministry will make sure that it will provide adequate human capacity to run the hospital, although it is being faced with a lack of human resources.

The Qatar Fund for Development (QFFD) is a government entity in the State of Qatar responsible for Qatar's international development and foreign aid, and was established by Law 19 of 2002.

The accompanying photographs show some highlights of the handover ceremony on Saturday. 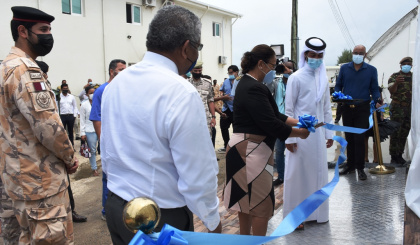 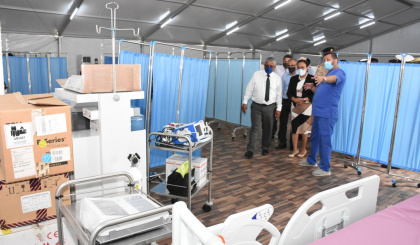 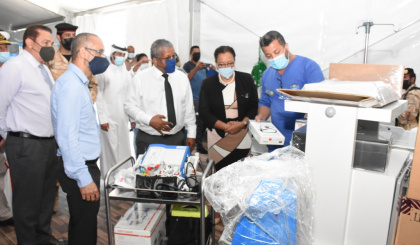 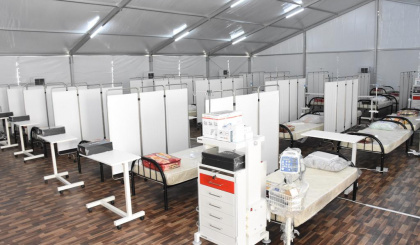 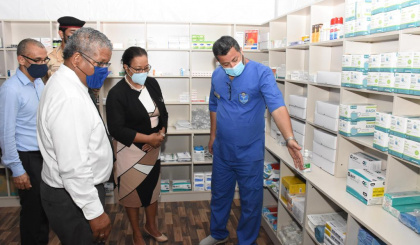 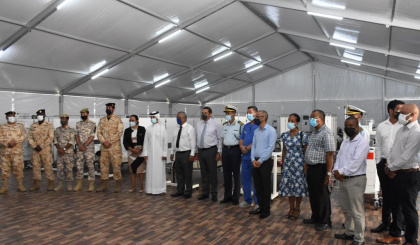 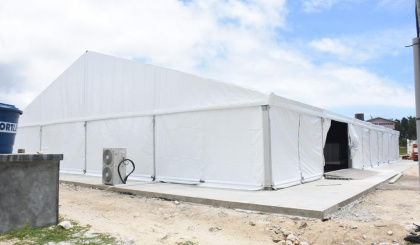