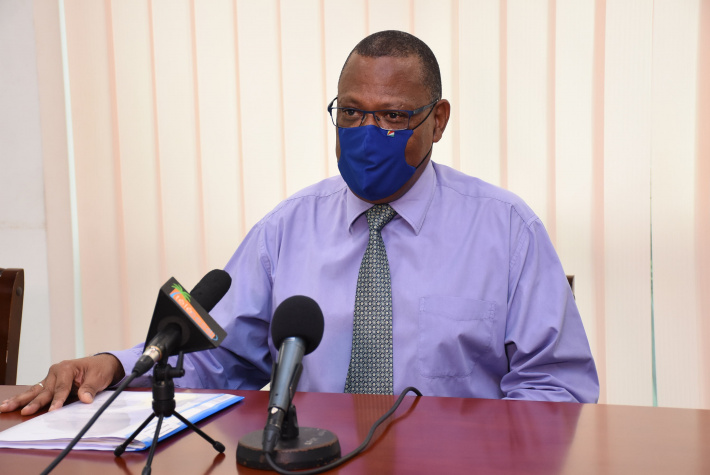 Bus fare for Sundays and public holidays are to remain at R10 for travel card holders and R12 for non-card holders as from October 1, Minister for Transport Antony Derjacques has announced.

Informing the media of the ministry’s decision in a press conference held yesterday, Minister Derjacques noted that the decision to maintain the same fare as throughout the week follows public outcry since the decision was announced on September 1, and further consultations with stakeholders.

“I want to highlight that on Sundays, there are around 9400 passengers who use the service between 9am to 12pm, and we conclude that most are travelling to and from religious services. We took into consideration all the comments of the members of the National Assembly, where I presented a paper on September 9, taking into account the perspectives of certain members who had concluded consultations with their constituents. Furthermore, we also considered the opinions of members of the public, media, and religious institutions,” Minister Derjacques stated.

It was on September 1 that the Ministry of Finance, Economic Planning & Trade, the Ministry of Transport, the Public Enterprise Monitoring Commission (PEMC) and the Seychelles Public Transport Corporation (SPTC) presented to the cabinet of ministers and President Wavel Ramkalawan, a proposal mapping a cashless future for the public service transport provider, a review of its performance, and the means by which it will finance itself. The fare increase by R3 during weekday travels and R3 or R8 on Sundays and public holidays were also approved and announced then.

With the decision, SPTC is to experience a loss of R3 million annually. However, with its restructuring programme, the entity is making a cost-savings of R8 million, and can thus still afford to go on with its reform programme, with assistance from the Ministry of Finance.

“SPTC will get its R27 million which it requested for this year, and we will help it next year. I wish to emphasise that rather than giving SPTC around R90 million, SPTC will receive around R40 million, so there will be a savings of around R50 million in taxes,” the minister added.

While the R1000 fine is being maintained for speeding, not wearing seat belts, and other minor offences, fines issued for parking offences will not exceed R500, as government works on long-term parking solutions to address the major parking shortage in Victoria.

“There are projects which we are starting to focus on, some of which were on the table with the previous government. We need to review and undertake projects such as multi-storey parkings in town, not necessarily in the centre, but we are trying to find a space just outside, maybe around 400 metres from Victoria Town centre, for parking space,” he said.

“We have identified certain sites, but we will need a Masterplan, road engineers in transport, the Seychelles Land Transport Agency (SLTA), the department of Planning to come together. The unit has already started consultations and the President is involved to review the Greater Victoria Master Plan, which will include multi-storey parking space and construction,” Minister Derjacques added.

He went on to note that the facilities will not necessarily be government-funded, but may be realised with the involvement of the public and private sector as well.

I wish to emphasise that we conducted the exercise to reduce bus fares for Sundays and public holidays from R15 to R10, and we have reduced spot fines for parking from R1000 to R500 because we are a government who listens. We are in a democracy and we are governing, and our population participates in all aspects relating to the public, and taken into consideration, we have reviewed the two fees.”