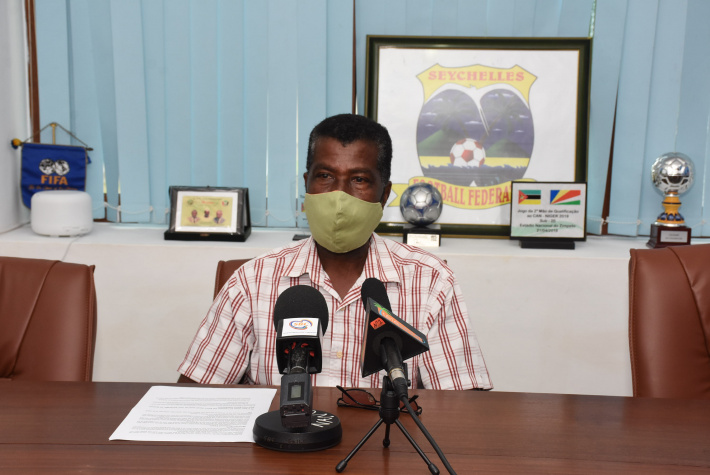 After reporting on the two humiliating defeats endured by our young national selection in the Comoros during the friendly tournament held at the Maluzini Stadium, Seychelles NATION became the highlight of a press conference held by Seychelles Football Federation (SFF) yesterday.

Seychelles lost its first match 1-7 at the hands of the Coelacanthes of the host country last Wednesday, while in its second match against the Swallows of Burundi on Saturday, the young selection suffered a 1-8 embarrassing defeat.

In his opening statement, chief executive Georges Bibi made reference to the two articles published by this newspaper (Friday September 4 and Monday September 6) following the matches, noting that attention was not given to a particular 14- year-old boy who was representing his country.

It is important for the SFF to note that the responsibility of the media is to play an important role in society as a source of information, but also as a scrutinizer, pointing out flaws which are important to be brought to the attention of the general public, especially when they have been kept in the dark.

He explained that the trip was aimed at providing these young players with experience that will prepare them to meet the requirements of performing at international levels.

He also noted that since our national selection is to participate in any final phase of competition of the African Nations Championship (Can) or the World Cup, the SFF will need time to prepare the players who will tomorrow represent Seychelles at the highest level of any competition.

All that looked good on paper and perfect case of defence for Mr Bibi who totally ignored the main highlight behind the two articles which was lack of transparency on behalf of the federation.

Turning the attention away from the federation’s hiccups and focussing on the ‘supposed achievements’ through participation of one or two young players, should Mr Bibi be reminded that football is a team sport and glorifying one, or two players is not ethical, or even healthy for any team.

It is very important to make clear that Seychelles NATION did try to contact the SFF upon learning on the tournament via a foreign source, but could not get any information on both preparation and nature of the trip.

Acknowledgement of the request for information

Mr Bibi acknowledged that there was an attempt on the part of Seychelles NATION prior to the trip to get information regarding the competition, including the preparations and the list of players and officials.

He explained that being tired following a trip, and being busy with preparations for the Comoros friendlies, he forgot to get back to the press.

If not contacted, would have the SFF shared the information regarding the trip? Was it a last minute thing that they did not have enough time to inform the press?

What was so special about the list of players and officials that the SFF kept it a secret from the press and public?

According to Mr Bibi, the SFF statutes permits only president Elvis Chetty and himself to disseminate information, or speak on behalf of the SFF and with both being out of the country at that particular time, it was impossible for the press to get briefed.

Permission to train prior to the trip

With local sports being in an idle state for almost a year, due to the health restrictions from the department of health, another question raised was whether the selection was granted permission to train?

Mr Bibi said the SFF was granted permission by the National Sports Council (NSC) to prepare for the tournament.

When contacted, chief executive of the NSC, Jean Larue, acknowledged that the council allowed the SFF to use Stad Linite as training ground, even if he was not shown a written approval from the health department.

He said through discussion with Public Health Commissioner Dr Jude Gedeon, they came to a consensus that training can take place in small groups.

With most team sports being frozen, on what ground were the SFF given the green light to engage in the training of the selection?

Is it fair on other sports disciplines and athletes?

Since June, Osama Haroun has been working with the SFF and until today, his real position is not really clear.

According to Mr Bibi, Haroun is the technical director – directeur technique national (DTN), engaged with youth development programmes only, while other news sources identified the latter as both DTN and coach.

An article by thecomorosfootball.com, entitled « Je suis un supporter des Comores » (I am a supporter of the Comoros), clearly states that he is doing both jobs, let alone the insulting headline.

Sitting on the Seychelles’ bench, the heading comes as mockery for the whole country, flag and national anthem.

When asked to clarify about that, Mr Bibi, who previously stated that no one other than the president and chief executive are allowed to speak on behalf of the SFF, simply said that Haroun could have received the permission of Mr Chetty to talk to the press.

Is it Haroun who does not know his role, or is it the SFF which is not clear regarding their arrangements with regard to his appointment?

With Bruno Saindini making the trip as coach, why is it that Haroun’s name featured on the official team sheet during the match with hosts the Comoros?

According to Mr Bibi, the selection being a development team, under the responsibility of Haroun, it is acceptable to label himself as the coach, since he is the one in charge of the youth programme.

Being a foreigner in a strategic post within the SFF, why was Haroun’s appointment not made public by the SFF since day one?

It all remains to be seen.

The selection process and the way forward

According to Mr Bibi, the SFF has a database of all the selections, including the Under-17, Under-20 and women’s selection, based on the last competitions played.

He said from the database, the players were called up to engage in a 20-session programme.

Commenting on the main reasons for the downfall of local football, Mr Bibi mentioned financial resources which he said resulted in lack of international outings and matches.

He explained that in most countries, football is financed by the state budget, while in Seychelles’ case is different.

After acknowledging the lack of communication on behalf of the SFF, Mr Bibi noted that the way forward is to be more transparent in terms of sharing valid information regarding local football with the media.

Hopefully a sincere statement from the SFF chief executive since being opened to the public in the spirit of transparency will give football fans patriots a much clearer view and better perception on the direction local football is heading.

Seychelles is presently ranked 199th on the Fédération Internationale de Football Association (Fifa) ranking, while its highest ever position was 130th in 2006. 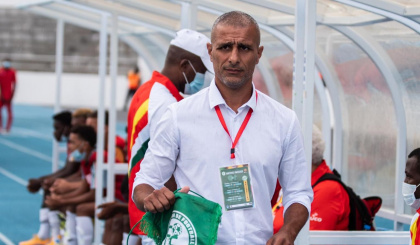