A prominent Namibian lawyer and activist, advocate Bience Gawanas, has called for political will to remove structural barriers to equality and end gender-based violence (GBV), amid indications that GBV has become a pandemic within the raging global Covid-19 pandemic.

She made the call last week when she delivered a keynote address during a virtual SADC Parliamentary Forum Civil Society Organisations (CSOs) consultation on the S ADC Model Law on gender-based violence, a regional soft law that the SADC PF is developing.

The Aids and Rights Alliance for southern Africa (Arasa) and the SADC PF convened the consultation, one of many planned as part of an elaborate and interactive process of developing the law.

Gawanas said although SADC is rightly developing a Model Law on GBV, law and policy alone are not enough and advocated for the need to address social norms and structural barriers such as patriarchy.

She argued that a “one-stop-shop” multi-pronged approach is needed to fight GBV.

She lamented the fact that despite the existence of various progressive instruments at the international, regional and national levels, “we are still sitting in 2021 fighting GBV and increase for that matter”.

She noted that for her, the most important issue “is the power imbalance that exists between people, especially between men and women”.

In addition, Gawanas noted the vulnerability of key population groups that include sex workers and the lesbian, gay, bisexual, and transgender community (LGBT) to GBV.

Despite questioning the political will to end GBV and the efficacy of legal instruments in eliminating it, she congratulated the SADC PF and women parliamentarians on taking the initiative to develop a Model Law on gender-based violence.

She said the SADC Model Law on GBV would be a useful tool for the SADC member states as it would provide guidance on the scope and content of GBV provisions to be provided for in National GBV laws and provide a yardstick to national policy analysts, legislators and implementers as best practices in enacting and dealing with GBV. It would also reinforce a commonality of a regional approach in dealing with GBV laws, measures and strategies to help eliminate GBV.

Gawanas expressed optimism “that countries in the SADC region will amend their laws to incorporate what is contained in the Model Law on GBV or to domesticate and incorporate it in their own national laws”.

She encouraged the SADC member states to adequately fund relevant ministries for more holistic solutions to be successfully implemented.

Gawanas acknowledged and emphasised the important role played by civil society in addressing social issues such as GBV.

Gawanas challenged it to champion legal reforms to rid the region of “archaic divorce” and other laws.

She exhorted the MPs to use their oversight role to ensure that national budgets provide sufficient resources to support anti-GBV initiatives as well as to push for domestication and implementation of the Model Law on GBV once it has been adopted.

Speaking at the same occasion, SADC PF secretary-general, Boemo Sekgoma, explained that the proposal to develop a regional Model Law on GBV emanated from the SADC-PF regional women’s parliamentary caucus (RWPC) during the forum’s 44th Plenary Assembly Session held in Maputo, Mozambique in 2018.

Sekgoma said: “The organ, composed of female members of parliament (RWPC), sponsored a motion to develop a Model Law on gender-based violence to be utilised by the SADC member states to prevent, address and eradicate all forms of gender-based violence and the motion was unanimously adopted.”

The secretary-general said the drafting of a Model Law on GBV is thus in response to the prevailing shortfalls in national legislation on GBV and the chronic implementation gaps across the region.

Taking a leaf from former US President Barack Obama, Sekgoma noted: “The SADC parliamentary forum recognises the indispensable role that civil society plays as the voice of the people and  in that respect, as an important bridge between governments and the people, including those in the hinterland.”

In this regard, she expressed appreciation to Arasa for co-hosting the consultative meeting with the parliamentary forum.

She further noted that “Arasa and the SADC PF have a longstanding and mutually beneficial collaboration, which has focused on supporting legislators in the SADC region to fulfil their role in addressing the key and emerging HIV, Sexual and Reproductive Health and Human Rights challenges”.

Arasa director, Felicita Hikuam, moderated the CSO consultation. She welcomed the consultative approach that the  SADC PF has taken in developing the Model Law, noting that it takes a human rights approach.

“These consultations with many different stakeholders will ensure that, ultimately, the Model Law on gender-based violence is comprehensive and alive to the fact that GBV is not just about violence against women and girls; it affects everyone, including key population groups and includes physical, sexual, economic, emotional and other infringements,” Hikuam said.

She said the development of a Model Law on GBV was timely given reported spikes in GBV cases in the wake of the Covid-19 pandemic and the “disjointed nature of GBV interventions”.

The consultation with CSOs was meant to further refine the Model Law on GBV. Calls were made for inclusive, gender-neutral language while recognising the vulnerability of women and girls. It was emphasised that gender-based violence affects everyone but non binary people are particularly vulnerable. 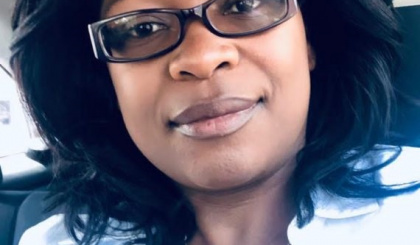 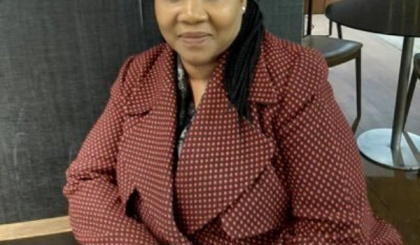 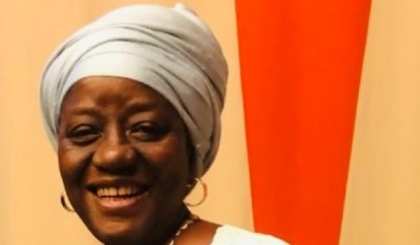