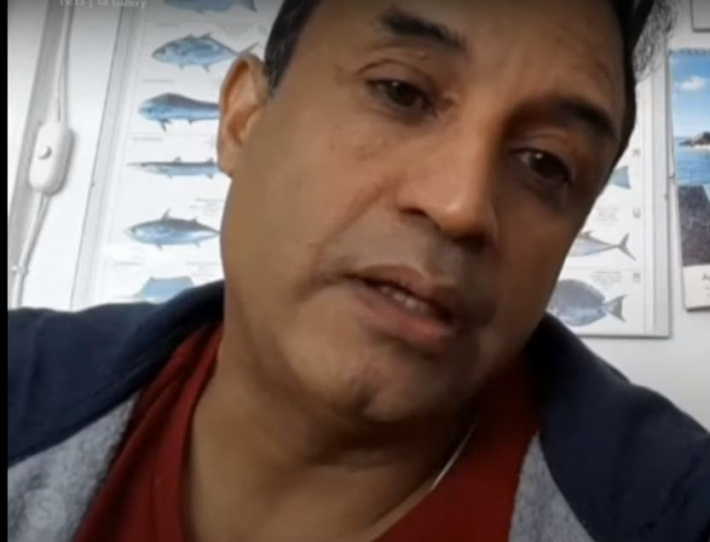 A lieutenant in the Seychelles People’s Defence Forces in August 1982, the day the military rebellion began at the Union Vale Camp, Kenneth Pillay was the first witness to appear before the Truth, Reconciliation and National Unity Commission in open session yesterday.

Mr Pillay was giving evidence in the incident which took place in the early hours of August 17, 1982 and according to official reports claimed the lives of five soldiers and two civilians.

It also left 23 individuals wounded, including 13 rebels, one loyal soldier and nine civilians.

Mr Pillay appeared before the Truth, Reconciliation and National Unity Commission (TRNUC)as a witness after his name came up several times as being the one who negotiated with the rebels at the request of ex-Defence Minister Ogilvy Berlouis, while he allegedly also facilitated the communication between the rebels and President France Albert René.

Mr Pillay joined the Seychelles People’s Defence Forces (SPDF) on June 15, 1977 and after completing his basic training locally, he attended the National Leadership Academy in Arusha, Tanzania for his officer training.

In 1982, as a field officer, Mr Pillay was occupying the post of director of operation and training and was based at the SPDF headquarters at Bel Eau.

He said it was at around 3.30am that he learned from other officers at the Union Vale Camp (UVC) about the mutiny and that some officers had been arrested and locked up.

Mr Pillay said it was at 6pm with the opening of Radio Seychelles station that requests and messages were sent by the rebels, asking him and fellow lieutenant Roy Bristol to report to the UVC, and according to him, the soldiers wanted him and Mr Bristol to join them.

He said during the day, the army headquarters was under heavy fire from the rebels and that he contacted the UVC, informing them he was bringing the radio frequency so that they can communicate with the president.

Once there, the rebel soldiers treated him fairly, without any aggression or assault of any kind.

According to him, the main reason behind the rebellion was frustration on the part of the soldiers due to abuse of power on the part of senior officers.

When asked why the rebels wanted him and Mr Bristol to join them, Mr Pillay explained that he thinks it is because of their good training in leadership and administration which won them the trust of the soldiers.

He said, as well-trained officers, they treated the soldiers in the appropriate and required manner.

Mr Pillay did not however deny ill-treatment in the forces, but did not associate himself with such practice.

The retired lieutenant explained that he went to the UVC twice on that day and on his first trip (which he made alone), the soldiers were still focused and well composed, while on his second trip, they were disorganised and were consuming alcohol.

The first person he communicated with at UVC was the late Nivard Vidot who informed him that one of the main organisers of the rebellion, the late Allen Rangasamy, was injured and hospitalised.

Mr Pillay explained that the rebellion did not last for long as some of the soldiers were arrested, or picked up after calling in to identify their location.

He said in his presence at the headquarters, soldiers brought in were treated fairly, with their hands tied at the back, while some were interrogated by senior officers.

Among the seniors present at Bel Eau, Mr Pillay mentioned the names of ex-Minister Berlouis, Macdonald Marengo, ex-President James Michel (chief of staff at that time) and Leopold Payet.

He explained that the main operation to quash the rebellion was done by another section, commanded by Mr Bristol with the backing of Tanzanian troops, whose main mission was to re-capture the UVC and place it back under the command of the SPDF.

Mr Pillay added that the Russian embassy in Seychelles at that time was eager to know about the situation and was being updated constantly.

Regarding captured soldiers, namely Andrew Pouponneau and Joe Rath who were interrogated and tortured at Bel Eau, Mr Pillay said he did not witness the event.

Regarding the former, it was officially claimed that he jumped out of a moving transport – Pinzgauer army vehicle – with his hands cuffed behind his back, guarded by three soldiers armed with Avtomat Kalashnikova (AK-47) riffles at the junction at National House on the way to the Bel Eau army headquarters and escaped towards the Botanical Gardens.

In his evidence in front of the commission, ex-police officer Florent Servina said he was working at the Central Police Station on August 18, 1982 when in the afternoon he witnessed the arrival of Mr Pouponneau who had come to the station to surrender, before being picked up by the army vehicle.

Mr Pillay,however, confirmed that Andrew Pouponneau was indeed brought to the headquarters.

He also explained that he was a witness during the court martial, which is the legal proceeding for military members‒ similar to a civilian court trial.

Mr Pillay said he was transferred to a governmental department in October 1986, most likely because of his affiliation to Mr Berlouis who was sacked the same year for allegedly attempting a counter coup against the regime.

He said he was assigned a desk at the Maison du Peuple but was doing nothing until he left the force in June 1987 upon reaching the end of his contract.

Speaking on his knowledge regarding the possible outcome of the rebellion, if it was successful, Mr Pillay said he heard that it was mainly about changing the heads (senior officers) of the SPDF and nothing more.

He also recalled losing one of his men, Jerome Simara,during an operation to getAlbert Payet who worked in telecommunication to cut communication lines with the aim of preventing the rebel soldiers and members of the public from communicating on air.

Jerome Simara was killed at the Cable & Wireless building from head injuries sustained from fragmentations.

Daniel and Augusta Payet, son and wife of bodyguard to former President James Mancham,Winsley Payet, were also in open session of the TRNUC yesterday, speaking on their ordeal following the 1977 coup which forced them to immigrate to Germany in the early eighties on the ground of political asylum.

Mrs Payet explained that following the coup, her husband was constantly being harassed and was forced to surrender his service revolver, as well as riffle he used to hunt fruit bats.

She recalled an incident when her husband was harassed at gunpoint by Frank Marie (who was President René’s bodyguard) and a man known as ‘Kasenbe’.

Mrs Payet also recalled an incident on Ile Aux Cerfs where her family was forced to leave the island by armed soldiers.

While in Germany, Mrs Payet lost two of his sons and according to her, this was the most painful moments of her life.

She also gave her account of the 1982 rebellion which she said affected her and family directly since at that time she was living at English River which was close to the UVC.

Mrs Payet said their house took several bullets since it was by the roadside.

The fear and phobia following the incident forced her to sleep at her mother’s house and later on to leave the country.

She also gave an account on how people used to infiltrate and spy on those who were against the system and reported them for political protection and favour.

Regarding her late husband, Mrs Payet said he came back to Seychelles to try and claim his pension, but was never paid a cent until he passed away.

Daniel, on the other hand,said the transition was tough for him since he was still a young boy at that time and the culture shock was hard to bear, especially the language barrier.

He explained that he had to juggle between school and work. 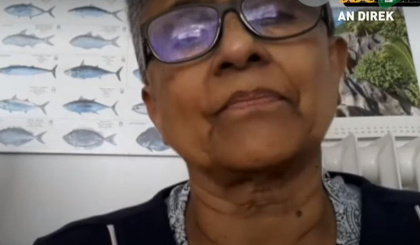 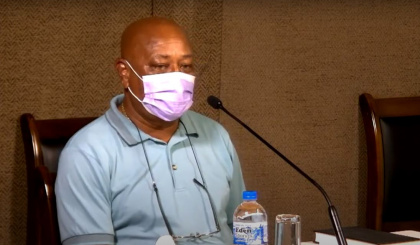