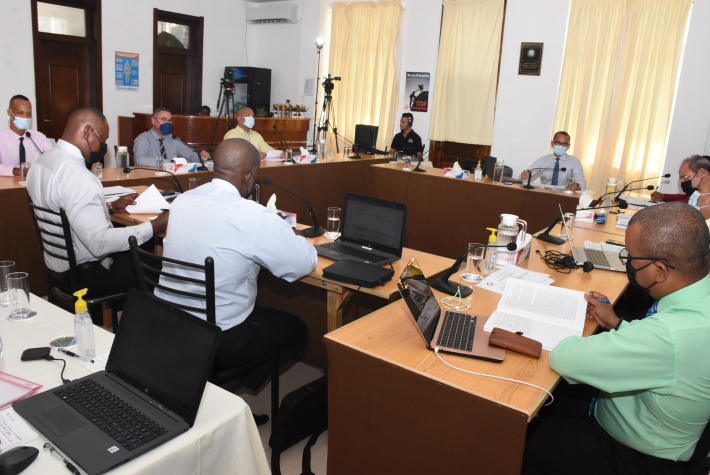 The Finance and Public Accounts Committee of the National Assembly yesterday resumed public hearings based on the audit findings in the Auditor General’s report for 2019.

Chaired by leader of the opposition, Sebastian Pillay, the hearings addressed the deficiencies in the respective ministries, departments and government agencies highlighted by the report.

The first public entity to appear before the Finance and Public Accounts Committee (FPAC) yesterday morning was the Creative Industries and National Events Agency (Cinea) represented by its chief executive, Galen Bresson.

Members of the FPAC queried on the discrepancies between revenue collected by the agency and the amount which is actually banked.

For the sale of tickets for the Moman Kreativite event held in October 2018, there was a shortfall of R150 from the expected total collection of R28,800 and a banking shortfall of R4,500.

The audit observed that only 65 out of 600 tickets were sold for the Bal Asosye which should have added up to R49,500 but the receipts issued totaled to R58,976 which did not reconcile with the register.

Again for Fon Lanmal, audit undertaken showed a shortfall of R24,000 from an expected revenue of R57,000.

In response, Mr Bresson noted that the system for ticket collection in regards to these activities had been adopted years before he came into office whereby a third party is contracted with the responsibility of ticket sales which it subsequently has to provide to the accounts department.

Mr Bresson further noted that the Fon Lanmal’s R24,000 shortfall no longer exists since the money was later banked with reasons provided, and added that Cinea will send a report on Fon Lanmal to the FPAC providing details such a names of public officers and parties involved.

FPAC member Sandy Arrisol also queried on discounts on rentals for the ICCS authorised by the chief executive without any discount policy in place.

Mr Bresson explained that discounts are provided on an altruism basis to organisations that do not have the funds to pay for the use of the ICCS such as non-government organisations and religious organisations, but with the consent of the finance ministry.

He, however, noted that Cinea is in discussions with the Ministry of Finance, Economic Planning and Trade to formulate a proper discount policy.

The FPAC also addressed the payments made to two individuals who were added to the board members’ payroll and were paid a total of R9,529 and R22,334 under board allowance code although no instrument indicating their appointment was sighted.

Cinea explained that this was an error on the part of the finance ministry and the two individuals should have been paid an allowance rather than through the board payroll. This has since been rectified.

The audit report also highlighted a payment for excessive use of roaming data, to a sum of R100,843 which was accumulated by Cinea’s former deputy chief executive.

Mr Bresson noted that his former deputy had to make use of data on his phone during an overseas work trip to Mauritius where he accompanied a group of Seychellois youths for the Mauritius Carnival and hence had to remain in contact with the organisers via WhatsApp, particularly since access to Wi-Fi was limited at their lodging. The trip lasted 14 days.

The deputy apparently also had to make use of data roaming because he had subsequent trips planned in Ethiopia and needed to sort these out.

However, FPAC member George Romain noted that these explanations differ from that which Cinea had initially provided in the report. The Cinea management had previously explained that the deputy had forgotten to switch off the data on his mobile and was of the view that he had been connected to Wi-Fi.

Through the FPAC chairman, Hon. Romain requested that Cinea provides a written statement regarding the fact that the deputy was using the data roaming service in his work capacity.

Hon. Pillay further insisted that Cinea will have to kickstart the process to recover at least a portion of the R100,843 with a concise explanation provided to the FPAC in one week.

Mr Cedras, who assumed office two months ago, replied that there is currently no regulation concerning contributions from hotels for the use of marine parks by their guests and that the sum collected is based on mutual agreements between hotels and the SNPA, which explains the revenue shortfalls.

To better address this, Mr Cedras explained that the authority will introduce a regulation within its new legislation to reinforce its revenue structure.

To note, the SNPA is soon set to morph into the Seychelles Parks and Gardens Authority (SPGA).

In regards to equipment maintenance, Mr Cedras stated that he has also observed various deficiencies with SNPA’s fleet of boats but this is presently being improved on.

The 2019 audit report observed that against the balance of 339 coco de mer nuts reflected in records, only 224 nuts were sighted in stock, and thus there was a shortage of 115 nuts.

The value of the difference (115 nuts), in lost revenue, assuming a worst possible scenario where the nuts were perfectly shaped, equates to R460,000 (at R4,000 each).

Mr Servina explained that the forestry section was not updating the coco de mer stocks regularly and this led to the auditor’s findings.

Addressing this issue, Mr Cedras stated that the SNPA has implemented a new policy in regards to the management of the coco de mer stock and it has introduced a database wherein each coco de mer which is registered and tagged is entered into the database. This new database also tracks each purchase.

The department of lands was questioned mostly on the outstanding debts, action plan and record keeping.

Hon. Terrence Mondon asked the department to explain its debt collection situation and efforts to collect its dues.

Mrs Loveday noted that a significant amount of debtors made their payments in 2019.

PS Albert stated efforts are being undertaken to retrieve the debts, adding that a total of nine cases have been brought to the Attorney General’s office for legal actions to be undertaken against the debtors.

One debtor saw the cancellation of its lease while another case is currently being considered in court.

In order to deal with issues of non payments when it comes to sale of state land, PS Albert explained that the department has implemented a new policy whereby the land is not transferred to the buyer until it is paid in full. Some previous agreements had not been as foolproof, the PS added.

Hon. Pillay requested that the department provides the FPAC with the amount that had already been paid from the R15,183,885 debt and the same was asked for the debts relating to state land, rent of building and leases.

Concerning the debts, Mr Mangroo said aside from the cashier’s module, which the agency has started utilising, LWMA has introduced a new system to gradually reduce their debts.

Most of the debts currently in the LWMA’s records are old debts that have yet to be settled.

Seychelles NATION will bring further information on the public entities that appeared before the National Assembly yesterday in another issue. 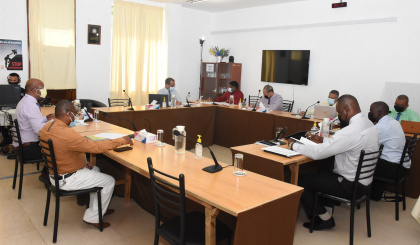