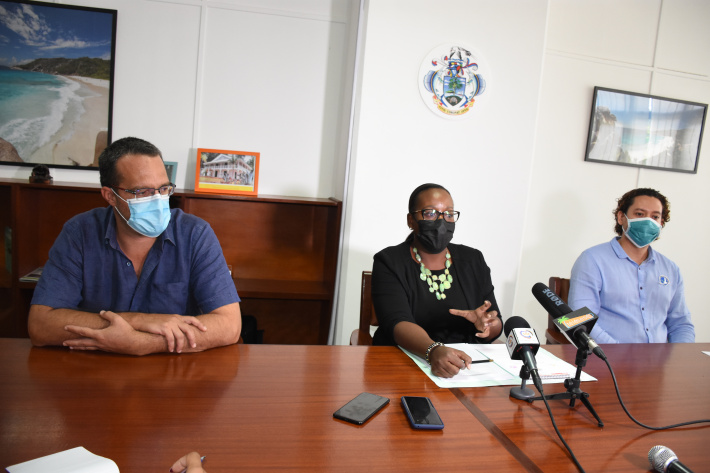 Many challenges, including poaching, type of habitat, as well as availability of food have been the major factors behind the general decline across the sooty tern population, the preliminary findings of the recent census have indicated.

Eight out of the nine islands where the census took place recorded a general decline in the number of birds, while Desnœufs, Bird, and Cosmolodo islands still have the largest populations of sooty tern.

The main goal of the census was to improve the authority’s knowledge of the sooty tern colonies in Seychelles, thus determining future management actions and a national enforceable policy on the level of egg harvesting.

Completed across several inner and outer islands last month, the field component of the research was carried out by the Ministry of Agriculture, Climate Change and Environment (MACCE), in partnership with the Islands Development Company (IDC), the Island Conservation Society (ICS) and the Bird Island management.

In a press conference yesterday at the ministry’s secretariat at the Le Chantier Mall, director general for biodiversity conservation and management division Marie-May Muzungaile, along with deputy chief executives of the ICS and IDC, Shane Emilie and Christian Lionnet respectively, gave an update solely based on the field component of the census which involved over 20 people from the three organisations.

Mrs Muzungaile said they “are now in the process of transcribing the field data to come up with results and recommendations for better future management of the species.”

The final findings, she said, will be compiled and sent to the Cabinet of Ministers to determine the future steps towards the management of the species.

Other than the islands of Cosmoledo, Desnoeufs and Bird, the census also took place on Aride, Ile au Recife, Farquhar, Etoile, Boudeuse and African Banks.
No sooty terns were found on Boudeuse.

The rationale for the census was based on the status of sooty tern colonies in Seychelles which is poorly understood.

There is a particular concern that the harvesting of sooty tern eggs for local consumption over many years has directly and negatively affected their population.

In other words, there has not been sufficient monitoring of the species’ breeding in Seychelles to determine the real effect of the current level of harvesting.

In light of the above-mentioned, a decision was taken by the MACCE not to approve the collection of sooty tern eggs on Bird, Cosmoledo and Desnoeufs islands in 2021to allow for a timely nationwide survey of the main colonies.

The decision was taken to determine future management actions for sooty terns as well as recommend a sustainable number of eggs that could be harvested nationally.

It is to note that the last census was undertaken in 1999 and not across all the islands. 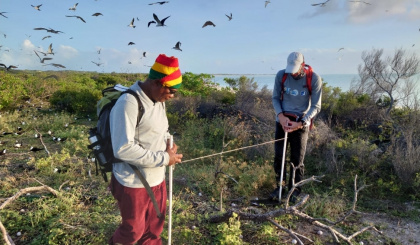 More than 20 people took part in the field census(Photo: MACCE)