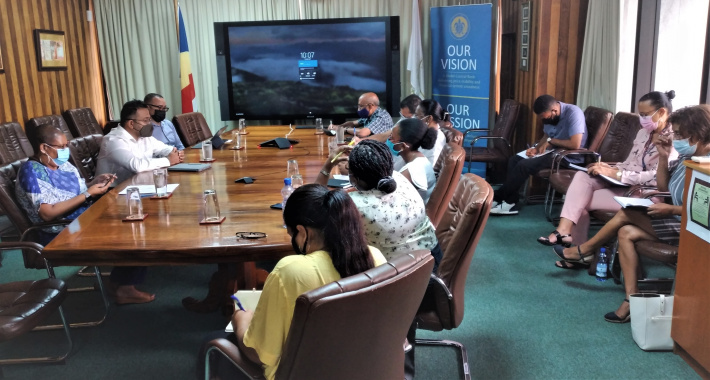 Different groups of stakeholders are getting more information and better understanding of the proposed reform programme with the International Monetary Fund through detailed interactions with finance minister Naadir Hassan, governor of the Central Bank, Caroline Abel, secretary of state for finance Patrick Payet and other concerned officials.

The series of awareness and education sessions aim to keep stakeholders better informed on the government of Seychelles’ economic reform programme with the support of the International Monetary Fund (IMF).

The first session for heads of media houses was held on July 8, just a day after the formalisation of the Staff-Level Agreement between the government of Seychelles and the IMF. The meeting saw the participation of representatives of five media houses as well as two participants from the Seychelles Media Commission.

The second meeting held on July 13 brought together members of the civil society, represented by the Citizens Engagement Platform Seychelles (Ceps) as well as Transparency Initiative Seychelles (TIS).

Members of the private sector have also been briefed on the economic reform programme in the third meeting held yesterday July 16. The Seychelles Chamber of Commerce and Industry (SCCI) was represented by 14 members, some of whom attended the meeting physically, while others participated virtually. The members were representing different business sectors namely tourism, omnibus operators, agriculture, telecommunications, financial services and fisheries, among others.

All three meetings started with a presentation on the objectives and the end results of the reforms, followed by questions and clarifications from the participants.

While all three groups sought clarification on specific issues relating to the economic reform programme, they all echoed the need for government and all actors to be fully engaged in the process. They also stressed on the need to be kept well informed at all times and offered their assistance throughout the process.

Minister Hassan has assured the participants that both his ministry and the Central Bank of Seychelles (CBS) have an open-door policy and that the awareness campaign is one that is targeting all sectors of society.

“We are opening all channels of communications with our stakeholders because we believe that this reform is not only for the government, but it is for Seychelles. We all need to be fully engaged, so that we can rebuild our economy, following the hardships of the Covid-19 pandemic,” said Minister Hassan.

To note, it was two weeks ago that Seychelles and the IMF reached a Staff-Level Agreement on a US $107 million arrangement under the Extended Fund Facility (EFF).

The agreement is subject to the IMF management approval and executive board consideration.

The accompanying photos were taken during the meetings with media, civil society and private sector representatives. 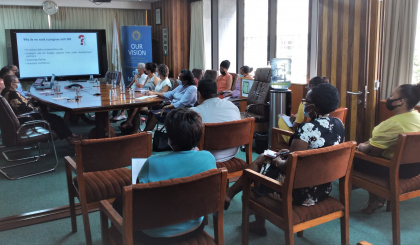 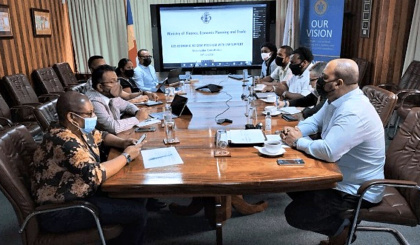