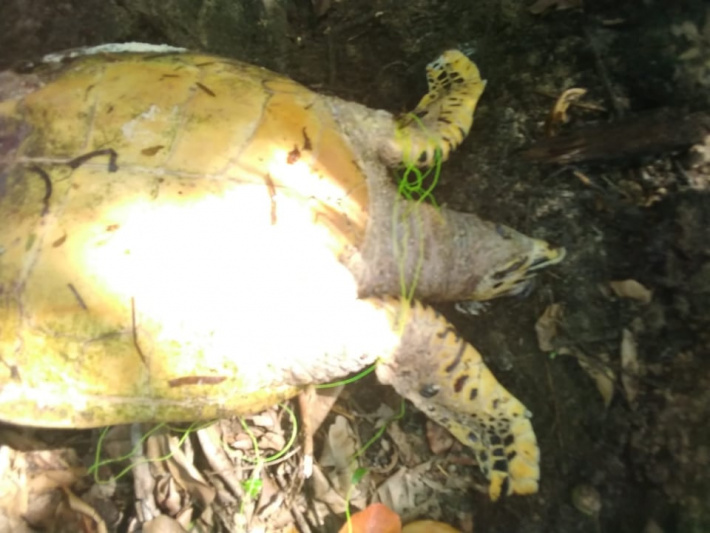 A park user contacted the Seychelles National Parks Authority (SNPA) with photos showing evidence of yet another fire placed in the Morne Seychellois National Park.

It is people like these, who care for the parks, who are the eyes of the authority and who help monitor park’s activities.

While the vandals were busy, lighting their fire on top of Mahé Island, our officer in the Curieuse Marine Park had discovered a dead hawksbill turtle floating at sea. Its head and front flippers were tangled up in green fishing nets.

Such discoveries show that despite having protected status, national parks are not immune from anthropogenic threats.

Evidence shows that the fire was lighted using timber from the kiosk. With the current South East Trade winds blowing and with the nearby dry bracken fern, the beautiful Plateau Belize and in fact the whole of the Morne Seychellois National Park could have ended up in an inferno, resulting in one of the biggest bush fires that the country have experienced.

The SNPA has been working very hard over the years to upgrade the nature trails, which are in fact important tourist attractions. Trail maintenance is not cheap; the person who used the timber from the kiosk to light the fire most definitely has no idea of the cost and difficulty of building infrastructure at such altitude. Visitors always welcome shelter from the elements after a long climb but we now have people destroying facilities, which are enjoyed by many.

The authority is urging Seychellois to make good use of the parks and not to endanger wildlife and other park users. With the current pandemic, which is putting immense pressure on the economy, it is obvious that the country can ill- afford a forest fire of extreme proportion. More than ever before, greater emphasis should be placed on protecting the country’s biodiversity, one of its biggest assets. While waiting for tourists to return in large numbers, the main tourist attractions need to be safeguarded.

Pollution in the marine parks is not allowed but still rubbish ends up in the protected areas. The ongoing beach and mangrove clean-ups taking place in the Curieuse Marine National Park show that the bulk of waste being collected is in fact plastics. Fishing lines and nets are also encountered though less common. Even if a boundary exists to demarcate the marine park, it does not prevent movement of substances from outside. Naturally, marine life can move freely in and out of the park but unfortunately so can forbidden activities and substances; such as pollutants and poachers. The monthly clean-ups being undertaken (even if the locations are limited to three sites) try to remove as much rubbish as possible from the parks. Additionally rangers remove floating debris while on patrol but at times, like in this sad situation, the marine park staff were unable to locate this fishing net in time, to prevent it from killing such critically endangered fauna. SNPA is very saddened by this situation and hope that the turtle’s life did not end in the park but that the incident originated from beyond the marine park.

This sad episode of ghost fishing is another outcry by wildlife for fishermen to better manage how they discard of their fishing gears.

The SNPA takes this opportunity to thank its partners and the public in general for being sentinels of the parks. If you observe anything illegal or threats to biodiversity, do contact the authority on the following numbers; 2726100, 2722114, 2726101 or 2813992.

Contributed by the SNPA 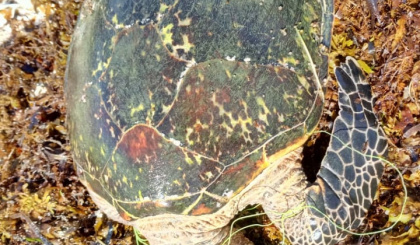 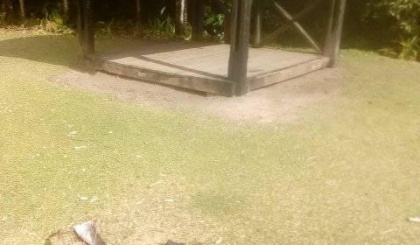 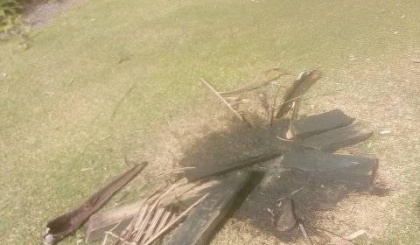