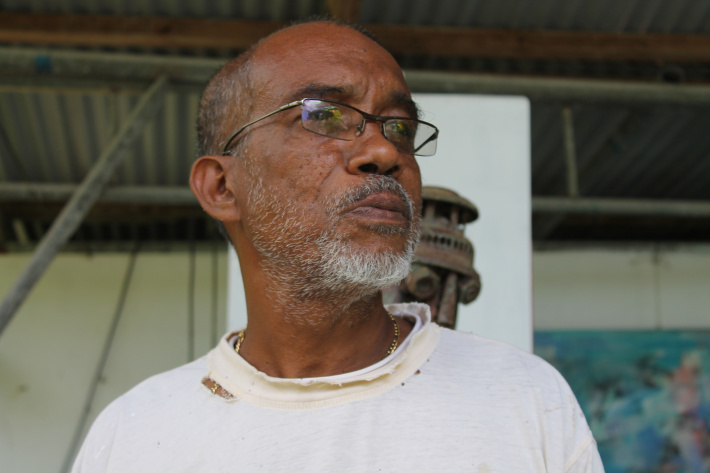 As part of celebrations to mark the 45th anniversary of our country’s Independence Day, the Seychelles National Museums conducted an interview with renowned local artist Egbert Marday who works mainly in painting, both figurative and abstract, as well as in wooden and metal sculptures.

Seychelles NATION spoke to Karyn Zialor, a representative of the Seychelles National Museums, to learn more about the different ways in which they honoured our Independence Day, and to bring our readers the full interview with Mr Marday.

Ms Zialor explained that usually as part of the Independence Day celebrations, the National Museum of History organises events at the museum, but that due to social distancing guidelines this year, all the activities were done on their online platforms.

This included a compilation archival video showing footage from Independence Day in 1976 which was played at the National Museum of History, from June 23-25 and on June 30.

Renowned historian Tony Mathiot gave a presentation outlining significant events that led to Seychelles gaining its independence from Britain. He also held a small Q&A session with some secondary school students, as part of the museums’ educational programme.

Besides these, an Independence Day memorabilia was created in honour of this occasion, and for anyone who is interested, these can be purchased from the Museum Gift Shop.

This year, as part of a small project for Independence Day, Ms Zialor who also works with the National Art Collection, was asked to think of someone who has made a significant contribution to the development of Art in Seychelles in the last 45 years; someone who was also part of the team which helped bring the Natural History Museum to existence in 1996 – both as an artist and scientist.

“It felt fitting to interview Egbert Marday – his very well-known sculpture of the caiman and dugong remain standing outside the Natural History Museum,” Ms Zialor noted.

“His artwork which has always shown very real and raw Creole scenes, embodies Seychellois life – both the good and the bad.

“His influence is seen in some works of artists that have come up after him and I thought it would be interesting to have more of an insight into his journey, and reflect on the changes that Seychelles has gone through from 1976 to the present day.”

While the National Museum of History is known to host historical talks/debates, Ms Zialor told us that this is the first time that an interview of this nature has been done in honour of our Independence Day.

She adds that it’s important to continue to spread the word on the necessity of preserving our cultural heritage.

“Museum culture in Seychelles is not something I believe exists, so the more interactive activities/events we are able to present, perhaps we can continue to spark more interest among our local community.”

The following is the full interview between the Seychelles National Museums and Egbert Marday.

5 Questions for Egbert Marday: An artist’s take on the last 45 years

This year marks 45 years since the Seychelles became an independent nation, free from British rule. The landscape of Seychelles art has certainly only been on the rise over the last 45 years, but not without its many challenges.

One of the most prolific artists Seychelles has to offer is Egbert Marday – who also contributed significantly to the development and opening of the Natural History Museum in 1996. So, it is only fitting that the Seychelles National Museums sat down with him on the occasion of this year’s Independence Day, to gather his thoughts on how he sees the progression of art in the country.

Seychelles National Museums: Can you tell us a little on what the art education system was like for you prior to you leaving for university, and what was different upon your return?

Egbert Marday: Art was never part of the curriculum in my school days. I recall during my pre-school days I used to sketch on the ground floor underneath our family house and on the asbestos wall of the house. For the latter, my brother and I used pieces of charcoal and small blocks of paint from my grandfather's tool store.

At primary school we competed with other gifted artists from other classrooms and it was in that way that we pushed one another. In secondary, a small group of 6 of us were spotted by a Vocational Training Centre instructor, Mrs Helwen Thomas, herself a brilliant artist who spent the last years of her career teaching young school leavers pottery at the Val d'Andorre Pottery Centre. Mrs Thomas gave us some coaching on certain Saturdays.

We then included art in the list of O level Cambridge exams. In fact we were the first group and that included a fellow well-recognised artist, Leon Radegonde. We did well and I wanted to take art at A Level, but I was turned down on the grounds that art did not form part of the curriculum then. After A levels, I went to the UK to study for a degree in Biology and at that time I had given up on Art.

I returned to Seychelles mid 1978 to start my career as a science teacher and it was then that I discovered art had been introduced in the school's curriculum. In my spare time I visited the art room and suddenly, the inspiration came back. Over the weekends, instead of completing marking biology assignments, I found myself painting and sculpting, and when Monday would come I had to come up with all sorts of excuses like having had headaches and all sorts of aches for failing to complete the exercise book markings.

Finally there was an ad in a local paper to apply for a Commonwealth scholarship to study Art. Seeing as there was no internet at that time, I applied for the scholarship sending hardcopies of my artworks and other academic documents. Fortunately I became successful and completed a new degree programme in Fine Art at the Universities of Saskatchewan and Concordia in Canada.

I returned home again in 1988 to work for promotion of crafts and later to set up the Natural History Museum which opened its doors to the pubic in 1996. I now work as a freelance painter and sculptor.

Seychelles National Museums: How has your practice been influenced by the political, social and economic climate in Seychelles over the last 45 years?

Egbert Marday: In 1978, Seychelles had just emerged as an independent republic in 1976, swiftly followed by the coup d'etat in 1977. The political climate was hot; politicians where busy convincing the masses to a new socialist mindset while another group who were not happy with the changes became radical rebels. There was an urgent need to discover our identity as a nation in view of the fact that we the population are ethnically, culturally, economically, and politically diverse.

As an artist, I found that a lot of my inspiration came from the people. I loved to depict not only their physical appearances, but also their joys, pains, toils; at the hopes at the time to make the sounds and smells to also be felt through my artwork.

Depiction of the people's soul had been a way for me to find redemption, especially as I attempted to convey the not-so-pleasant situations into one that creates hope out of despair, or joy out of pains, very much drawing inspiration from the manner in which Blues music manages to capture this feeling through their songs. Currently I find my expressions in a more abstract rendering.

Seychelles National Museums: Explain some of your pieces that depict or celebrate our Creole heritage.

Egbert Marday: You have viewed at my studio both paintings (mixed media on canvas) and sculptures (mainly wood, metal and mixed media). Many are depicting the happy sides of life, for example domino games, music, dance, as well as fishermen and market scenes.

At the same time there are the unpleasant sides like traumatization of children when parents are fighting, alcohol and drugs in society. Life of course has its bright and dark sides. As explained in relation to the Blues music tradition, there's also the emphasis to distort forms and colour to give the rendering of humour, joy and hope.

One of my latest pieces was a sculpture installed as a monument for the Mission Lodge featuring 2 children of freed slaves and an Anglican priest as part of the history of Venn’s Town.

Seychelles National Museums: How do you see the development in the landscape of art in Seychelles over the last 45 years?

Egbert Marday: During the earlier years, in the 70s and 80s which coincide with the boom in the tourism industry, there was a lot of temptation to produce works to please the foreign visitors who were keen on buying souvenirs. This trend is probably common to all tourist island destinations but recently there has been a big departure from this trend. Many artists nowadays are preoccupied with socio-political expressions depicted figuratively or abstractly. Many are also making reference to international conditions.

Seychelles National Museums: Where would you like to see Seychelles art in the next 45 years?

Egbert Marday: A few artists have had the chance to exhibit on an international state such as the Biennales of Venice, Dakar and China to name a few. In general, artists are good at holding their brushes but we share a common weakness when it comes to managing and marketing our practice.

With the rise of social media platforms and better access to the internet, we have at our disposal powerful marketing tools that can help elevate our presence on both a local and international level. However, I have confidence that soon we will be able to get that much-needed support.

Not the least of course, is the need for the authorities to come to embrace the proposal for setting up a National Art Gallery/Museum. Besides an Art gallery’s abilities to provide social and educational services for the advancement of the Seychellois people, there is also the economic advantage of a boost to tourism, and creation of jobs and more income. I am sure the present internationally-known Louvres Museum in Paris, Tate Modern in London, the Whitney, MoMA, Guggenheim in New York etc… started small before taking off.

I have visited both the Louvres and Tate Modern as well as the South Kensington Museum; in all of these cases there were very long queues, and cold weather with people clearly cold and shivering, but patiently waiting their turns to pay to get in so they could learn from history of human achievements.

In Seychelles we have had a much more pleasant climate for people to queue, so whose to know that we too can’t gain from having a National Art Gallery? We have to start somewhere. The work to preserve our history and cultural heritage is one that should also include our arts – we owe it to our future generations.

We were curious to find out from Ms Zialor as to how she feels local artists can continue to depict the 45th anniversary of our Independence through art. To this, she replied by saying that she believes that having more exposure for artists to exhibit locally and regularly, would allow for us to gradually build our story through art – as is seen and done through artistic periods in other parts of the world.

“Many artists in Seychelles draw inspiration from our natural environment and already depict many scenes that show our people in many forms.

“Our history is one that we are still learning. Tony Mathiot said it best when he said that we are not interested to learn our history. The more we understand our history, the more we are able to see where we came from, how far we’ve come, and better still what hasn’t changed for the good or bad.”

For those interested, all of the Seychelles National Museums’ activities for Independence Day were presented in video form, and these can be found on their website: seychellesnationalmuseum.org/events

The accompanying photos show some of Mr Marday’s art work. 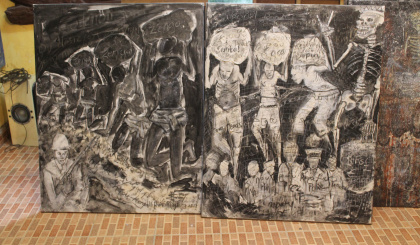 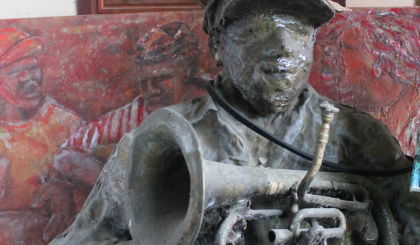 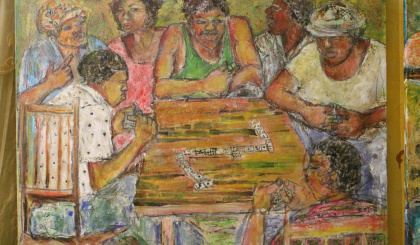 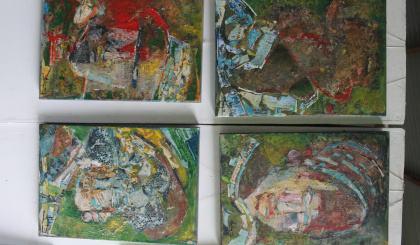 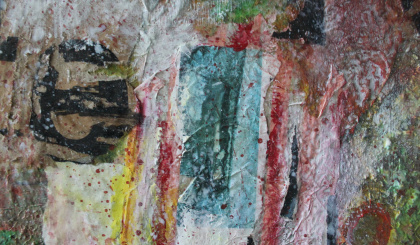 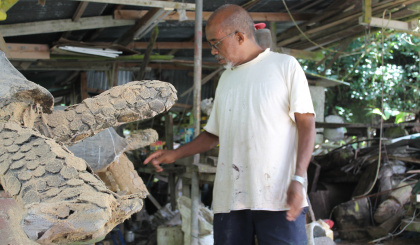 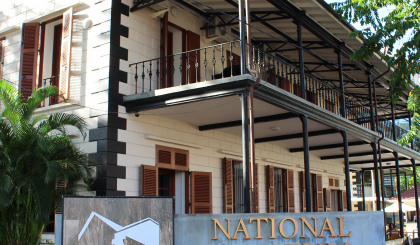