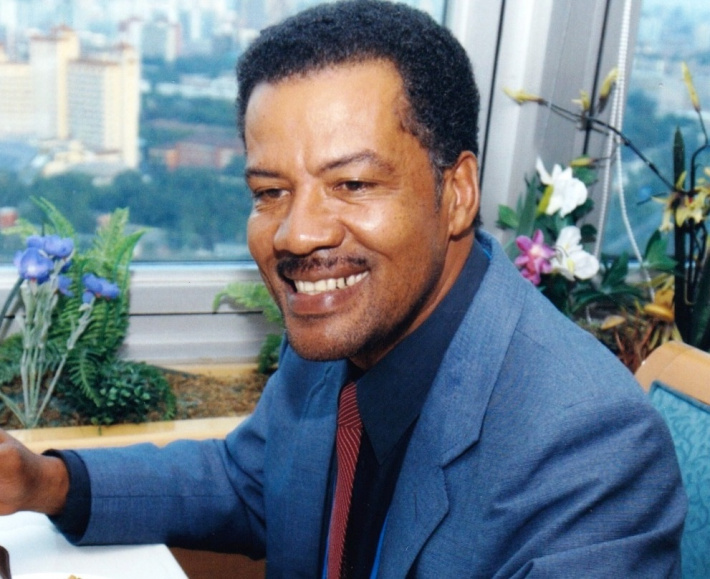 ‘Seychelles NATION is a good source for facts, a credible source of history’

We cannot celebrate our 45th anniversary without talking to Rene Morel who joined the then Government Information Services on the eve of the country’s independence.

He talks about the evolution of the newspaper and the development of its printing unit.

Rene Morel: It was in the second half of 1990 that I was asked to take over the unit that was responsible for publishing Seychelles NATION. I joined as assistant director. I was at the Union Vale offices when the Nation replaced the Seychelles Bulletin on June 29, 1976, after I had begun my employment there a few weeks before. The colonial information services’ main functions were the publication of the bulletin and operation of the radio station, with the late Antonio Beaudoin and Gilbert Confait as the Seychellois pillars of the newspaper and Radio Seychelles. They were also our very popular radio voices. Mr Antonio Beaudoin became the first Seychellois chief information officer immediately after Independence. Mr Gilbert Confait would always test the junior staff on their geography knowledge. Both services shared the same editorial staff until after 1977 when, after the start of rapid growth of local radio and newspaper production under Minister James Michel, I became more involved with the preparation of news bulletins for the radio. The NATION became Seychelles NATION also after 1977 to distinguish it from other newspapers with similar names in East Africa, particularly in Kenya and Djibouti. In 1979 I worked for the Seychelles Agence Presse news agency launched during the year and contributed articles and photographs to the Seychelles NATION. In 1988 I headed the Central Information Services, the publisher of the Seychelles Today colourfulmagazine, until my move to Nation.

Seychelles NATION: What has been your journey within the company and what have been your major accomplishments?

Rene Morel: It has been a very exciting journey. The accomplishment is from all the staff, past and present. The staff and I saw opportunities to increase local content in the newspaper. To make it a true Seychelles NATION. We launched the Business and Economy page, with the aim of promoting the newspaper as an attractive publicity tool for the private sector. We never received enough money for the newspaper operations. The bill from the printing contractor was huge. The page composition and printing processes were too many and tedious. In May 1992, while attending the Commonwealth Press Union conference in Edinburgh, Scotland, I got the opportunity to watch the use of computer technology for page layout. A project was presented to the United Nations Educational, Scientific and Cultural Organisation (Unesco) for assistance. Delegations from the United Nations (UN) body visited us on more than one occasion and wanted to know how the modern facilities would help the development of other publications, mainly non-governmental. Ronald Reagan had withdrawn the United States from Unesco. The Cold War was at its peak. Unesco head Federico Mayor Zaragoza was putting the institution at the service of “peace, tolerance, human rights and peaceful coexistence”. It was clear it was going to be difficult to get Unesco help. Meanwhile, we almost lost a female member of staff to a male member of the delegations. I only learned later that there were other visits I wasn’t aware of. An Italian media group based at Anse Aux Pins was already using the technology. By 1994 Seychelles NATION acquired its own desktop technology which included film output. All the pre-press works were now done in-house at lower costs, and we even made money from private publishing businesses using our facilities, mainly film output. The return to multi-party in 1992 had unleashed new energy from competition. We had to adapt. We began offering colour pages. Cost-cutting from digital technology and increased revenue from advertising space considerably improved our financial situation. We were now ready to create the National Information Services Agency (Nisa) and install our own printing facilities. We had achieved financial autonomy well before the Covid pandemic reached our shores.

Rene Morel: Its main mission is to inform, educate and entertain. There is a lot of talk about democracy, accountability and transparency in the country and within the political circle. I believe the three go hand in hand with information. Facts, in order to help people make informed decision. Seychelles NATION is a good source of facts. A credible source of history. Other media may decide not to publish information of national interest, such as on the ongoing Covid-19 awareness campaign. I think Seychelles NATION has to do it. It is serving the population well.

Seychelles NATION: Do you think this role has changed?

Rene Morel: I don’t see that it has changed. Members of the editorial staff need to keep banging the doors of potential news sources. At the same time the information officers in the ministries and agencies may wish to make greater use of the space available in Seychelles NATION to get more information to the public. It is the role of Seychelles NATION to serve the community.

Seychelles NATION: How you foresee the future of the newspaper?

Rene Morel: My last interaction with the management and staff, in an official capacity, was in December 2017. I know little about its financial wellbeing during the time of Covid. There was potential to make money from Nisa’s state-of-the-art printing facilities, which are the most advanced in the country. The funds can sustain the newspaper in difficult times. The biggest challenge comes from social media but so far, and thankfully, the newspaper has been able to survive, and remarkably it is the only tabloid-size Seychellois publication available daily in hard copy. I see a brighter future from the creativity of the staff, greater interaction with the public and increased human interest stories. Social media is powerful but I always hold a newspaper reader in higher esteem. The Seychelles NATION can be a commodity every Seychellois will want to have and keep. You do not switch off a newspaper.

Seychelles NATION: What is your wish for the staff?

Rene Morel: I congratulate them on the 45th anniversary of their newspaper. My wish is that they continue the excellent work to makeSeychelles NATION even more relevant. They can do it and will do it in the coming five years! I am sure they will all be around to celebrate the golden jubilee of an institution!