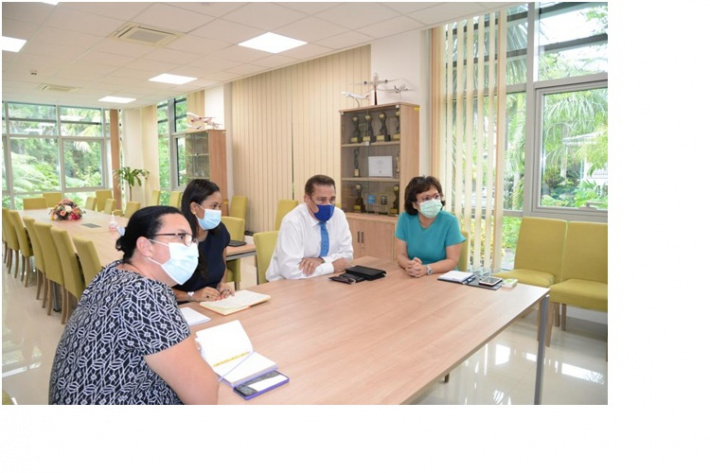 A new structure and key appointments for the department of Tourism were announced by the Minister for Foreign Affairs and Tourism Sylvestre Radegonde during a virtual staff meeting held yesterday at Botanical House.

This follows the assent yesterday by the President of the Republic, Wavel Ramkalawan, of the repeal of the Seychelles Tourism Board Act of 2005, approved by the National Assembly on Tuesday this week.

Under the new structure, the department will be headed by the newly appointed principal secretary Sherin Francis. Mrs Francis has served as the chief executive of the Seychelles Tourism Board (STB) since 2013 and replaces former PS Anne Lafortune.

The new department, which falls under the purview of the Minister for Foreign Affairs and Tourism, merges the functions, staff, resources and assets of the former department of Tourism which focused on regulatory and policy issues, and the destinations’ independent marketing entity, the STB to bring efficiency and synergy in operations to ensure better results with fewer resources.

The minister has assured the 121 employees of the STB and the department of Tourism who attended the meeting from Botanical House from Praslin, La Digue and overseas that none of them would be made redundant as a result of the restructuring and that moreover, the STB staff moving to the department will retain their length of service and accumulated leave and will, as much as possible, retain their remuneration packages.

Commenting on her appointment, incoming PS Francis said: “The country is going through one of its most challenging times and it is important that we remain focused on the main priorities from the outset. The efficient use of our resources is very important in that process for us to achieve our objectives. I am definitely looking forward to the challenge and I count on the support of our staff and not least our various partners in the process.”

The PS will be supported by four core units headed by seasoned tourism professionals with sound knowledge of the industry. This will include a secretariat responsible for PR and Communications as well as the International Cooperation role of the department.

Jenifer Sinon, the deputy chief executive of STB since November 2016 who prior to that was executive director of the Seychelles Hospitality and Tourism Association, has been appointed as director general, human resources and administration division.

Bernadette Willemin, who has been serving as the STB’s regional director for STB based in Paris for the last 11 years, will head the destination marketing division.

Well-known and respected by travel and tourism industry professionals both locally and overseas, with a strong marketing, data-led and relationship-driven approach, Mrs Willemin, who joined the STB in 1994, will be responsible for driving the destination’s promotional and marketing efforts across all the main markets, ensuring that Seychelles remains visible and that demands for travel to the country remains high.

Both Mr Lebon and Mrs Willemin will assume their new roles on September 1, 2021.

Press release from the department of tourism 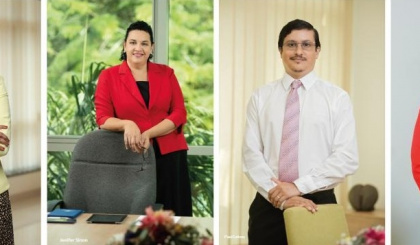