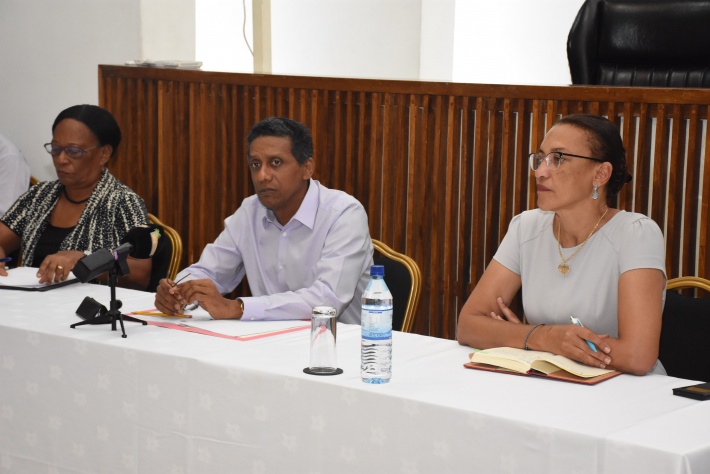 President Faure during the meeting with the head teachers yesterday

As from the next school year state primary and secondary schools in Seychelles will gain their full autonomy, President Danny Faure has announced.

President Faure made this announcement yesterday during a meeting held at the National House with primary and secondary schools head teachers across the country.

Also present were the Minister for Education and Human Resource Development Jeanne Simeon and chief secretary of public administration Jessie Esparon, principal secretary for education Odile de Comarmond and other high officials in the ministry.

The meeting follows a recent encounter between President Faure and a group of teachers wherein several issues were brought to the president’s attention.

Before making the statement, President Faure commended the head teachers for the work they have undertaken so far adding that, as a former minister for education, he is aware of the various challenges they face within the education sector.

“We are ready to turn to the next phase. We have been talking about schools’ autonomy for the last three years and we have agreed that we need to enter in full autonomy, effective January next year,” President Faure told the heads of schools.

During the subsequent closed meeting, President Faure and his team shared their ideas for how schools will self-govern and provided the heads with an opportunity to voice out their concerns.

The president stressed that it is important to realise that there are certain norms and practices that will now need to change, and that the government will guide them through this process.

Minister Simeon explained that the schools’ autonomy forms part of her ministry’s initiative to reform the public education.

The autonomy will allow heads of schools, school management teams along with school councils with the power to take decisions in regards to minor school reparations, selection and interview of teachers who will join their schools among others.

“Discipline and teacher management will also be under their responsibility. They would be the ones to establish the barometers for teacher performance and behaviour,” Minister Simeon added.

“We are confident that they will be ready to take up the task in January next year.”

“We welcome this decision; it was something that has been talked about for a while and we were awaiting it […] I’m glad that as head teachers, we will have the right to choose our teachers. We can also refuse to take on a new teacher; if a teacher is underperforming in one school, you cannot transfer them and make your problem my problem,” Ms Monique stated. 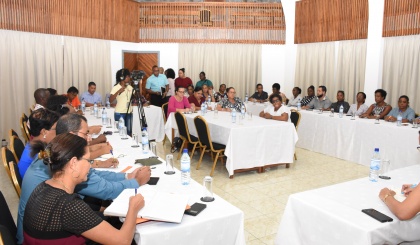