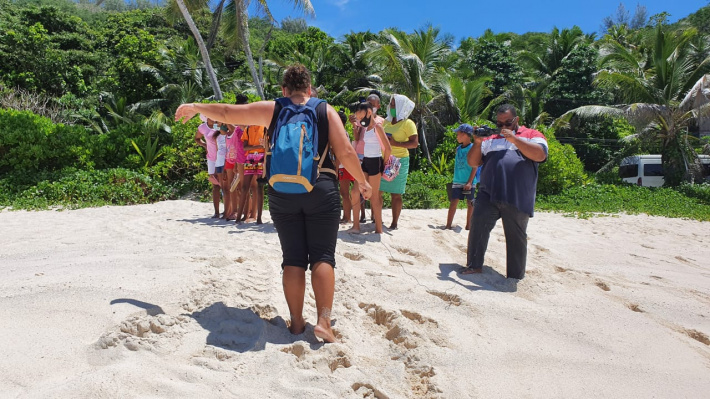 Sea turtles are ancient creatures, having been on our planet for over 100 million years! Sadly, however, six of the world’s seven sea turtle species are currently considered either ‘Vulnerable’, ‘Endangered’ or ‘Critically Endangered’ (according to the IUCN Red List of Threatened Species) due to the multitude of human threats that they face. Poaching, entanglement, pollution, habitat loss, coastal development, bycatch and climate change are among these threats. Sea turtles are found throughout the world’s oceans due to their migratory behaviour and spend their entire lives at sea, apart from when mature females come ashore several times a season every two to five years to lay an egg clutch of between 50 to 200 eggs, depending on the species of sea turtle. Unfortunately, it is estimated that only 1 in 1000 turtle hatchlings survive to maturity.

The Marine Conservation Society Seychelles (MCSS) has been monitoring turtle nesting activity on Mahé since 2003. The data obtained over the years from this long-term monitoring programme has indicated some of the most important beaches on the island for the two species of sea turtle that nest in Seychelles – hawksbills (Eretmochelysimbricata– ‘Critically Endangered’) and green turtles (Cheloniamydas– ‘Endangered’).

In order to improve conservation efforts of these marine protected species, MCSS has conceptualised and tested an innovative approach to the management of these critical habitats, which are currently beyond the Protected Area network – ‘Temporal Protected Areas’ (TPAs). The concept of the TPAs is that they are transient conservation areas, coming into effect only during the hawksbill nesting season, ie. from September 1 until March 31. The specific beaches and nearshore areas that MCSS, together with the Ministry of Agriculture, Climate Change and Energy will be nominating for seasonal protection under the Ridge to Reef Project* are: Anse Intendance, Anse Cachée, Anse Corail, Anse Bazarca, Anse Petit Police and Anse Grand Police, as these beaches represent over 80% of the turtle nesting activity on Mahé recorded by MCSS.

The nomination of these beaches as Temporal Protected Areas will follow the enactment of the Nature Reserves and Conservancy Act, which makes specific provision for seasonally protected areas. Following this, appropriate regulations and management plans will be drafted and the public consulted accordingly. Over the course of the project, MCSS will continue its monitoring, research and rehabilitation activities, as well as its public education and awareness campaign on sea turtles and their role as important indicators of the health of our oceans.

*Marine Conservation Society Seychelles’ (MCSS) Temporal Protected Areas Project is funded under the GOS-GEF-UNDP project entitled ‘A Ridge to Reef Approach for the Integrated Management of Marine, Coastal and Terrestrial Ecosystems in the Seychelles’ (Ridge to Reef Project). The projects’ objective is to manage and conserve the flow of marine, coastal and terrestrial ecosystem services in targeted islands of the Seychelles for multiple benefits through the Ridge-to-Reef approach. 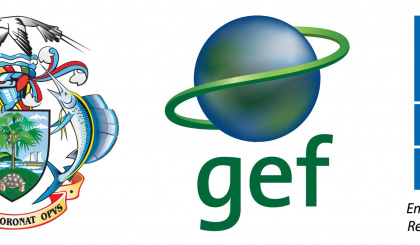 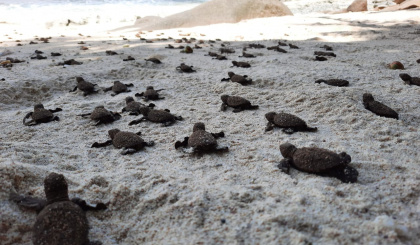